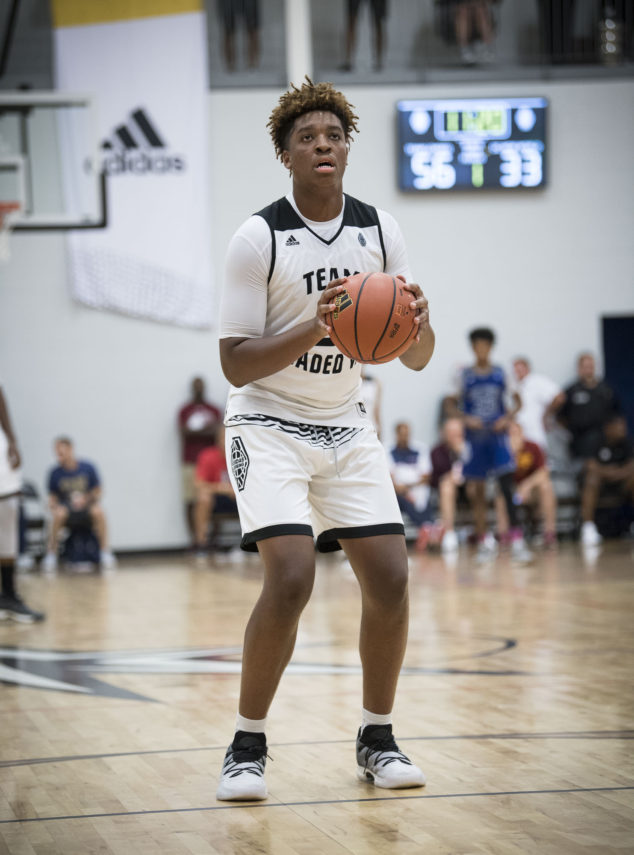 By SEAN BOCK Armando Bacot, the 6-foot-9 center from Trinity Episcopal School (VA), says Duke, Virginia Tech, VCU, North Carolina, and Oklahoma State have been in the most contact with him, he told Rivals. He broke down each of those five schools for Rivals:
Duke: “I just know if I were to go to Duke and the players that they have been recruiting, like me, Joey (Baker) and Vernon (Carey), I just know we could be a very versatile lineup like this year with them having Marvin Bagley and Wendell Carter. They’re just showing that they can play three bigs at the same time but also go small. I know that they would have versatile lineups, and I can show all that I can do.” Virginia Tech: “I just love coach Buzz Williams and his message. I can tell that he cares about me off the court. Coach (Christian) Webster has been with me from the start. They have a plan for me and think that I can be a one-and-done. They have been throwing it all at me.” VCU: “They love me down there. Every time I go down there, people ask me for pictures and autographs. I can just tell that they really want me. I just know if I were to go there I would have the ball from the jump, and it would be my city and my team.” North Carolina: “I just like their inside-out game. They’re going to go inside first, and that is definitely a plus. I just feel like I could go in there early and start and make an impact on the team.” Oklahoma State: “They are just a program that thinks that I can be a one-and-done. They have been telling me that they don’t really have any back-to-the-basket bigs that they can throw the ball into and that I could help change the culture down there.” In October, Bacot cut his list to 10 schools and plans to start taking official visits next fall. Since cutting his list, Bacot has been on unofficial visits to Duke (Oct. 20) and VCU (Nov. 17). “I want to go to a school where I can come in and play,” Bacot told D1VISION in August.  “I want to come in and have an impact but also win and possibly be a one and done. I also want a good educational school.” The No. 4 ranked center in the 2019 class and the No. 1 player from the state of Virginia according to 247, Duke seems to be the heavy favorite for Bacot, but his recruitment is still wide open.

No. 1 Duke holds off Indiana in Big Ten/ACC Challenge to remain unbeaten