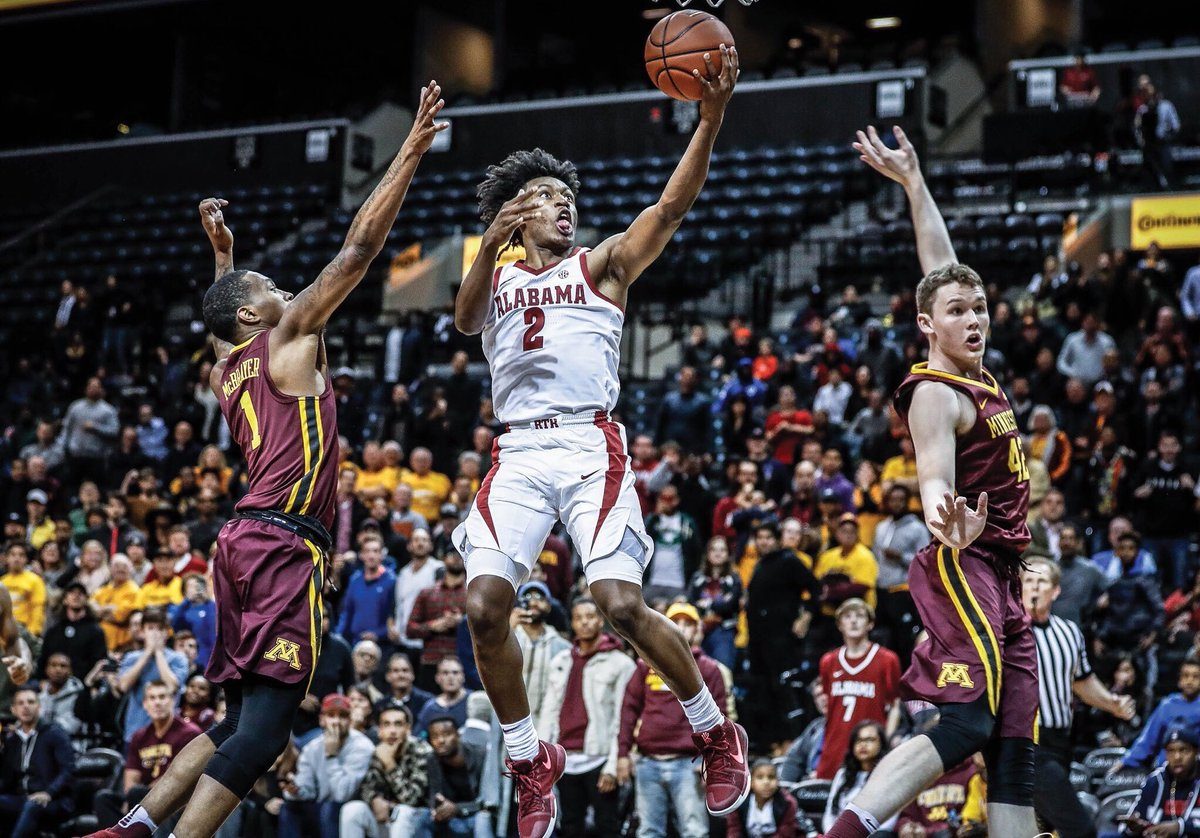 NEW YORK — Perhaps lost in the wild 3-on-5 ending to the Alabama-Minnesota game on Saturday was the play of Alabama freshman point guard Collin Sexton. Sexton went off for 40 points, 6 rebounds and 5 assists and nearly engineered what would have been a stunning victory for a Crimson Tide team left with just three players on the floor at the end of the game. Sexton scored 23 of his 40 while playing 3-on-5. “He’s the real deal, he’s a Top 10 pick,” one NBA scout in the building told ZAGSBLOG. “He’s really good. What can’t he do?” Sexton is currently projected as the No. 8 pick in the 2018 NBA Draft via ESPN.com. For the season, the 6-foot-3 Sexton is averaging 25.3 points, 4.4 assists and 3.8 rebounds.

RT if Young Bull is the BEST guard in the nation ? pic.twitter.com/BeIzjWO69L

“I think Collin Sexton is an awesome player,” Minnesota coach Richard Pitino said. Pitino also put in a plug for his own guy, Nate Mason, who was ejected after two technicals but is averaging 13.7 points and 4.3 rebounds for the Gophers (7-0). “I do know there were a lot of talented players on the court,” Pitino said. “There were a lot of people talking about Collin Sexton and talking about [John] Petty. They should. They’re talented guys. Nate Mason is just as good as any point guard in the country. And he’s the guy who I want.”