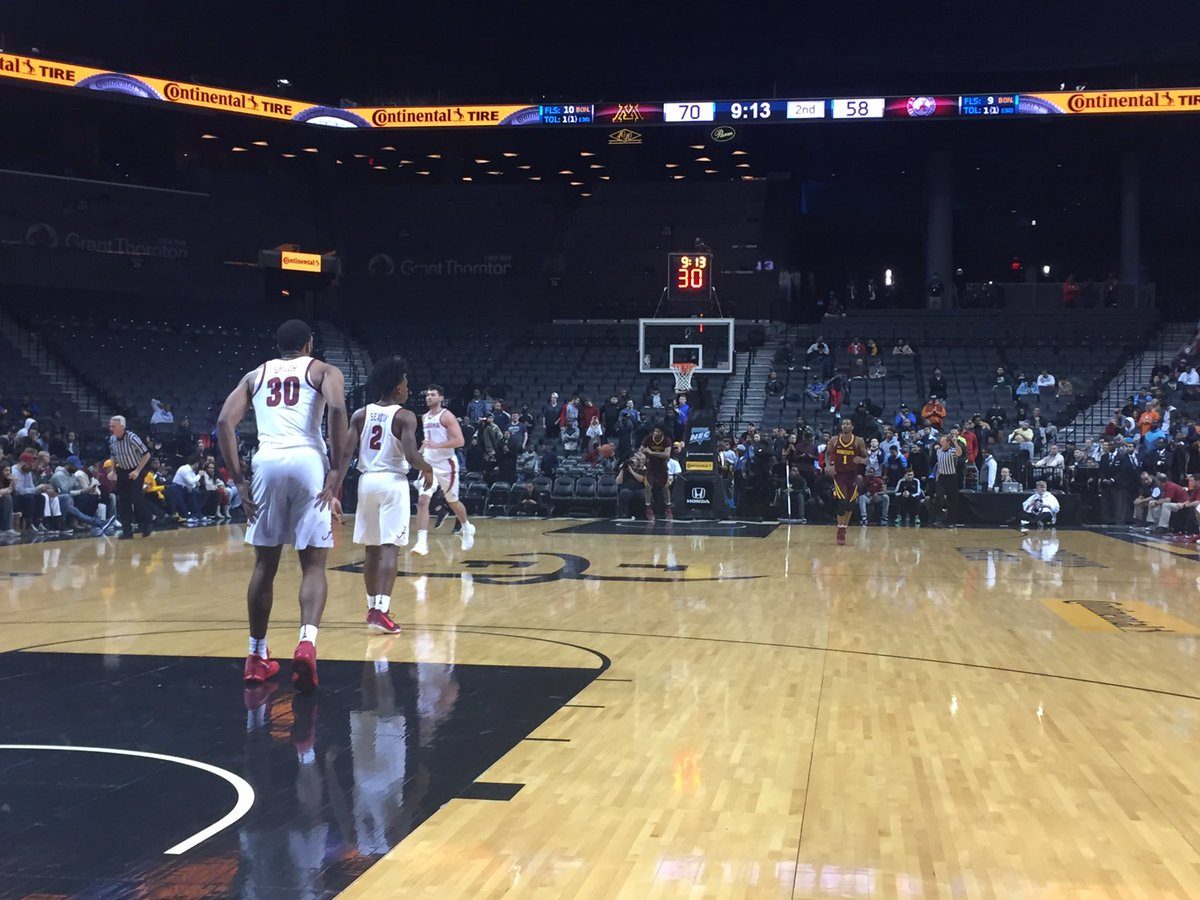 NEW YORK — In one of the more bizarre college basketball games we’ve ever seen, Alabama was reduced to playing 3-on-5 against Minnesota in the Barclays Center Classic on Saturday afternoon. Despite the deficit, Alabama was within three points of tying the game in the final minute thanks largely to Collin Sexton’s 40-point, 6-rebound, 5-assist outburst. When it was all said and done, No. 14 Minnesota remained undefeated with an 89-84 win in a truly wild game. “That was probably one of the most bizarre things I’ve ever been a part of in college basketball,” said Minnesota’s Jordan Murphy, who finished with 19 points and 14 rebounds. “We don’t practice a lot of 5-on-3 offense, so that one’s on me,” Minnesota coach Richard Pitino quipped. “I’ve never ever seen that in my life. Never.” “No, I haven’t [ever seen a 5-on-3 game]. That’s a new one right there,” Alabama coach Avery Johnson said. With about 11 minutes left in the game, Alabama had only three players — Sexton, Riley Norris and Galin Smith — on the floor against a Minnesota team that had five players and virtually a full bench. “I think Collin Sexton is an awesome player,” Pitino said.

Alabama is now playing 3-on-5 after John Petty leaves due to injury. The bartender should have cut this game off a looooong time ago. There’s still 9+ minutes left. pic.twitter.com/jpeO08KaVZ

The nonsense started when Minnesota’s Nate Mason (20 points) and Sexton were jawing at each other. Mason left the game with 14:06 remaining after he received his second technical. “I think that changed the whole course of the game when Nate got ejected and that caused the tension throughout the second half,” Murphy said. Alabama’s entire bench was then ejected from the game in the second half for leaving the bench during a fracas involving Minnesota’s DuPree McBrayer and Alabama’s Dazon Ingram. No punches were thrown. Ingram then fouled out with 11:37 remaining and remained on the bench. “We definitely can’t have our bench out there on the court when there is some sort of scuffle going on,” Johnson said.

How the Alabama, Minnesota game got to 5 against 3 pic.twitter.com/l1DTRUkJUN

Alabama was then down to four players including John Petty, who soon went down with a right ankle injury and had to be carried off the court, leaving the Tide with just three players. Johnson said he had no update after the game and Petty would be reevaluated Sunday.

All the circled players were ejected for Alabama, via @TheAndyKatz pic.twitter.com/bt0wDn6VOI

Minnesota’s Isaiah Washington had 14 points in his New York homecoming and Amir Coffey had 12. The game was played against the backdrop of the Iron Bowl in which No. 6 Auburn beat No. 1 and previously undefeated Alabama 26-14. At one point before the football game ended, Minnesota fans chanted “Au-burn, Au-burn, Au-burn” at the Alabama fans. “We were focused on basketball,” Johnson said. “I don’t even know who won.” Follow Adam Zagoria on Twitter And Like ZAGS on Facebook