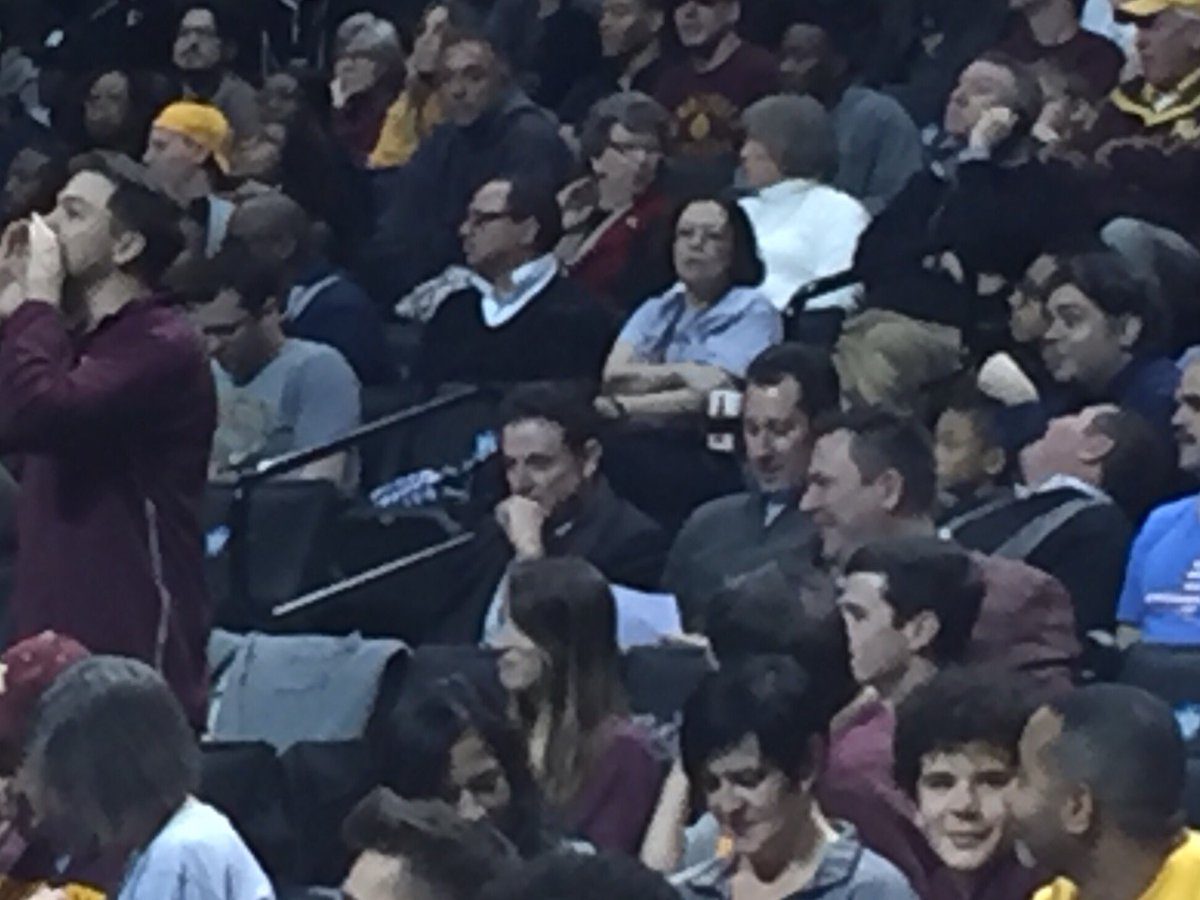 NEW YORK — Rick Pitino is just a self-proclaimed basketball “cheerleader” now and says he’s “living vicariously” through his son Richard Pitino, the Minnesota coach. The elder Pitino, who was fired last month by Louisville in the wake of the FBI investigation into bribery in college basketball, sat several rows behind the Minnesota bench for the Gophers’ wild 89-84 victory over Alabama in the Barclays Center Classic that ended with Alabama playing 3-on-5. “I’m a cheerleader so I just root for him every possession,” the elder Pitino, 65, said at halftime before Minnesota point guard Nate Mason and later the entire Alabama bench were ejected. “For me, being out of work, I’m living vicariously through him.” The Long Island native sat surrounded by friends and family and stopped to take pictures with several fans. Asked if it was good to be home for the holidays, he said, “Yeah, it’s been great, it’s been awesome.” Pitino was not the only famous father on hand this week. His fellow Naismith Hall of Famer, former St. Anthony’s coach Bob Hurley, was in the stands Thursday and Friday to support Dan Hurley and Rhode Island, who lost in the championship game of the NIT Season Tip-Off to Virginia on Friday. Ralph Willard, a former Pitino assistant, watched his son, Seton Hall coach Kevin Willard. And former Valparaiso coach Homer Drew was also at Barclays Center to support one of his sons, Vanderbilt coach Bryce Drew. Piton said he was very impressed by what he had seen so far from Minnesota. “The first 18 minutes were spectacular,” he said. “Jordan Murphy is playing like one of the best players in the country.” Murphy had 19 points and 12 rebounds at the half. “[Nate] Mason is as good a point guard as there is in the country,” Pitino said. “Jordan Murphy’s as good a forward as there is in the nation. Reggie [Lynch] is as good a shot-blocker as there in in the nation. And they’re small forward’s great, so they’re terrific.” Pitino said Minnesota, and his son, have evolved from when Louisville played them several years ago. “If the young man [Eric] Curry didn’t get hurt, they’re as good as any team in America,” he said. “They’ve got to stay out of foul trouble because their bench is not as deep as some teams. But what I always tell him is, Duke and Syracuse never play with a bench so it’s OK.” Pitino, who won NCAA championships at Louisville and Kentucky, also compared Richard to Oklahoma City Thunder coach Billy Donovan, Pitino’s former player and assistant. “I always says this and not because he’s my son,” he said. “I’m going to judge him as my assistant not as my son. “Billy donovan and Richard  are the two closest i’ve ever had as assistants as people and as coaches. They are joined at the hip in the way they carry themselves, their humility, they don’t panic. They don’t get too high, they don’t get too low. They’re the two most similar assistant coaches I’ve ever coached with. Asked if Minnesota could potentially make a run in March, he said, “Yeah, they’re not used to it. They’ve never been there. They’re going to play Miami, at Arkansas, so they’re going to get groomed for March.” For his part, Richard Pitino said he can’t control the talk surrounding his father’s legacy and also doesn’t think it’s fair to compare him to his father. “Whatever the narrative is, there’s nothing you can do about that,” Richard Pitino told Marc Tracy of the New York Times. “But for me, I look at it like, he’s had 35, 40 great years in this profession. I’ve had a couple. What would I give to have the shelf life he’s had?” Rick Pitino, meantime, has plenty of free time ahead and said “about 30” family and friends will attend the Illinois-Indiana game in January. He also plans to shadow Richard throughout the season, but he probably won’t see another game this wild anytime soon. “I’m going to be with him the whole time,” he said. “He’ll be tired of me pretty soon.” Follow Adam Zagoria on Twitter And Like ZAGS on Facebook