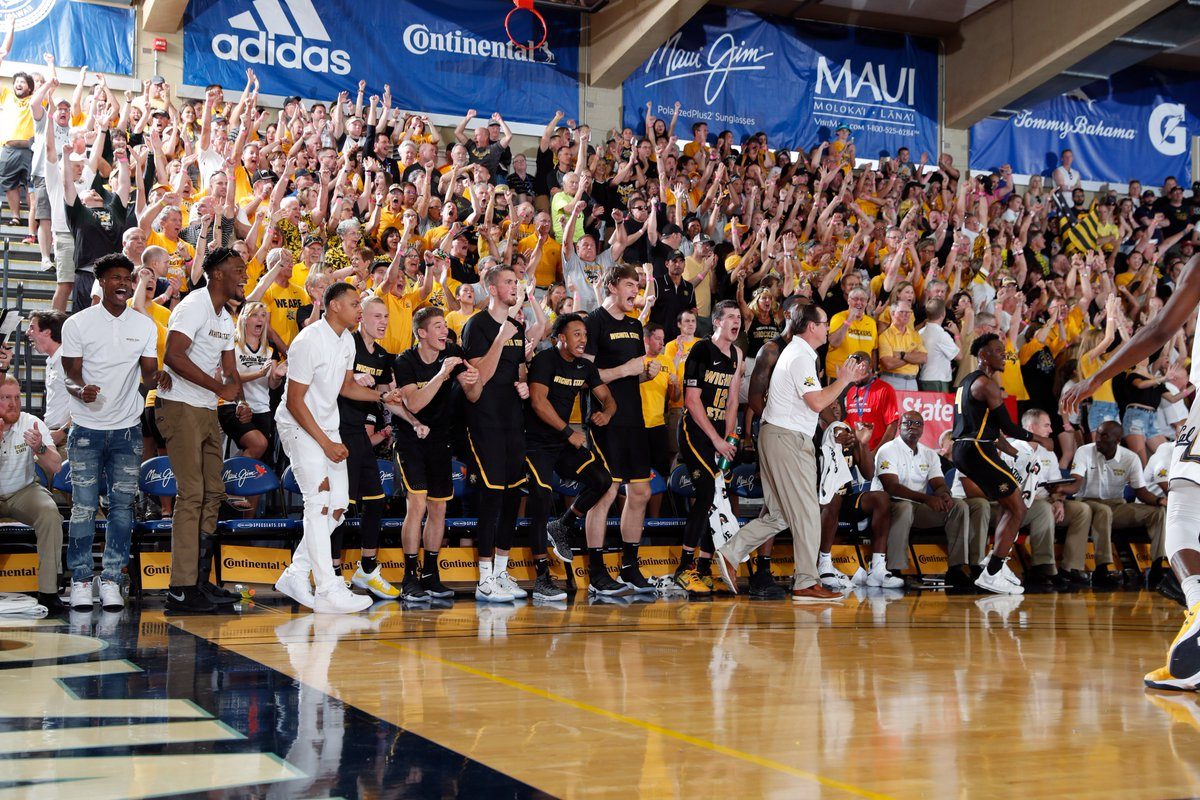 By: MIKE McCURRY Playing without one of their stars, Wichita State likely cannot be properly assessed until after Markis McDuffie returns from injury. That being said, the Shockers as currently constructed have as good an argument as anyone—outside of maybe Duke—to lay claim to being the country’s most complete team. The latest evidence supporting that notion came on Tuesday, as No. 6 Wichita State staved off Marquette, 80-66, in the first semifinal of the Maui Jim Maui Invitational. The Shockers advance to meet No. 13 Notre Dame in Wednesday’s championship game. The Irish drubbed LSU, 92-53. Without McDuffie—the team’s leading scorer (11.5) and rebounder (5.7) from a year ago is currently sidelined with a broken left foot—Wichita State continues to do what it always does so well under head coach Gregg Marshall: beat opponents into submission with a balanced, multi-headed attack. Landry Shamet, the Batman to McDuffie’s Robin, led the way on Tuesday with 19 points, 7 boards, and 4 assists. Rashard Kelly responded beautifully to his first start of the season, exhibiting a great floor game by finishing with 6 points, 10 rebounds, and 8 assists. Austin Reaves, who struggled to crack the rotation as a freshman last season, added 10 points (two of which came on a ridiculous spin move in transition; see below) and 9 rebounds off the bench.

Shaq Morris struggled, at least by his 2017-18 standards. Entering the day, he was boasting averages of 20 points and 7 boards on 68% shooting, good enough to rank fourth in KenPom’s Player of the Year standings. But he wasn’t his usual self against Marquette, putting up 11 and 2 on a 3-of-10 mark from the field. No matter. A committee of frontcourt options stepped up in his place. All in all, seven Wichita State players tallied at least five in the scorer’s column. Marquette had no answer for the Shockers’ plethora of options, as Andrew Rowsey and Markus Howard were the only guys to exceed five points. The undersized, sweet-shooting duo combined for 51 of Marquette’s 66 points, as the Golden Eagles received little contribution from anyone else. Sam Hauser was particularly ineffective. One day after dropping 20 points on VCU, Hauser was whistled for three fouls within the first eight minutes against Wichita State and never quite settled into a rhythm, finishing with just three points. What makes Wichita State’s depth especially intriguing is the continuity factor, the byproduct of a veteran-laden roster. All five starters are back from last year’s 31-win squad. Digging even deeper, eight Shockers averaged at least five points per game last year. Guess how many return this season. Yep, all eight, including six seniors plus McDuffie (junior) and Shamet (redshirt sophomore). Wichita State checks off all of the boxes. They have two proven All-America level performers in Shamet and McDuffie (the former St. Anthony Friar should be back for the start of conference play); a ferocious defense predicated on dominating the glass and rim protecting, all made possible by a glut of disciplined, versatile defenders; the kind of high-quality depth that can collectively offset a down night from Morris or the temporary unavailability of McDuffie; invaluable experience; and, last but not least, one of America’s best coaches in Marshall. About the only valid knock on the Shockers the last few years has been an underwhelming schedule. That shouldn’t be an issue this season. For one, a potential date with Bonzie Colson, Matt Farrell, and Notre Dame awaits on Wednesday, while road games at Baylor and Oklahoma State and a home date with Oklahoma round out Wichita State’s impressive non-conference slate. Secondly, and more importantly, Wichita State now represents the American Athletic Conference after competing for 72 years in the subpar Missouri Valley Conference. That means home-and-homes with the likes of Cincinnati, SMU, Temple, UCF, UConn, and Houston. Plenty of Top-50 RPI opportunities await the Shockers, which will only support their case for a No. 1 seed in the NCAA Tournament come March. Consider this a reminder that Wichita State ought to be acknowledged as one of best teams in the nation—maybe the best team in the nation—long before then. Photo: @MauiInv Follow Mike on Twitter Follow Adam Zagoria on Twitter And like ZAGS on Facebook