Donald Trump to LaVar Ball: 'I Should Have Left LiAngelo in Jail!' | Zagsblog
Follow @adamzagoria

Donald Trump to LaVar Ball: ‘I Should Have Left LiAngelo in Jail!’ 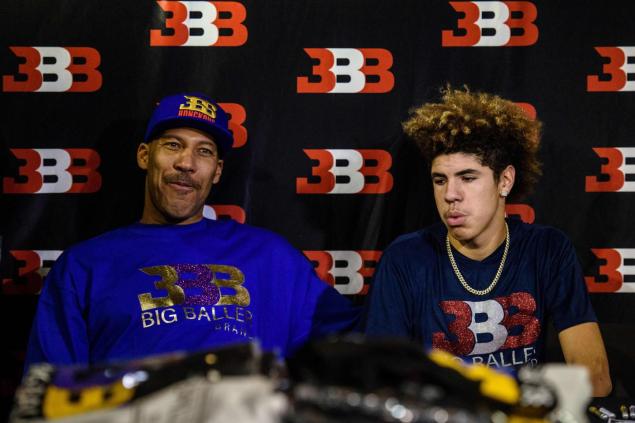 It seemed somehow inevitable that Donald Trump and LaVar Ball would intersect in the Twitter Universe. And now they have. Trump called out the elder Ball during his weekly Sunday Twitter rant, suggesting that LaVar was “unaccepting of what I did for his son.” (Did he mean “unappreciative”? Who knows?) “I should have left them in jail,” Trump added.

Now that the three basketball players are out of China and saved from years in jail, LaVar Ball, the father of LiAngelo, is unaccepting of what I did for his son and that shoplifting is no big deal. I should have left them in jail!

Shoplifting is a very big deal in China, as it should be (5-10 years in jail), but not to father LaVar. Should have gotten his son out during my next trip to China instead. China told them why they were released. Very ungrateful!

He was referring to the UCLA trio of LiAngelo Ball, Cody Riley and Jalen Hill, who were arrested Nov. 8 in China for shoplifting but returned to the U.S. last week after Trump appealed to Chinese President Xi Jinping on their behalf. Appearing on ESPN on Friday, LaVar downplayed Trump’s influence in getting the players released. “What was he over there for? Don’t tell me nothing,” Ball said Friday on ESPN. “Everybody wants to make it seem like he helped me out.” The three players did thank Trump during their press conference Friday at UCLA. They remain suspended “indefinitely,” with one source telling ZAGSBLOG they could return by the Pac-12 season, which begins Dec. 28 vs. Washington State. “It would be nice for all of us if both of them would just be quiet,” Warriors coach Steve Kerr said of Trump and LaVar Ball. “Wouldn’t that be great?” In the meantime, R.J. Barrett, the Duke commit and projected No. 1 pick in 2019, will head to China next month with his Montverde teammates. For more on that, read the New York Times story here. Photo: Getty Images Follow Adam Zagoria on Twitter And Like ZAGS on Facebook