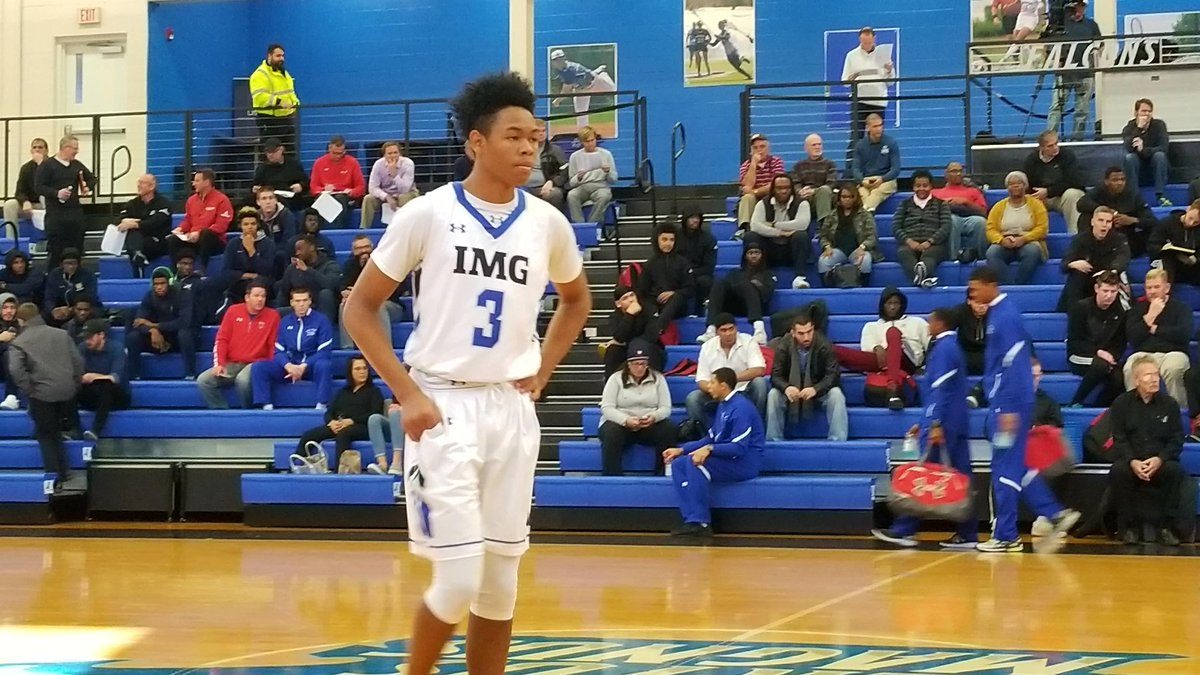 By MIKE McCURRY Former Louisville commit Anfernee Simons is NBA Draft eligible in 2018, he confirmed to ZAGSBLOG on Saturday. ESPN was first to break the news. Simons, a five-star Class of 2018 combo guard currently enrolled at IMG Academy (FL), now has the option of going to college or the NBA, the latter of which he will consider “if the opportunity is there.” He turns 19 in June and is one year removed from his high school graduating class, thus making him draft-eligible. “I think he is looking at all his options,” said John Mahoney, the head coach of IMG’s post-graduate program. NBA scouts were on-hand Friday at the National Prep Showcase in Connecticut to see Simons play. N.C. State and Tennessee were also in attendance. Along with those two schools, Simons has recently heard from SMU, Dayton, Florida, UCLA, and South Carolina, among others. Photo: @DraftExpress Follow Mike on Twitter Follow Adam Zagoria on Twitter And like ZAGS on Facebook