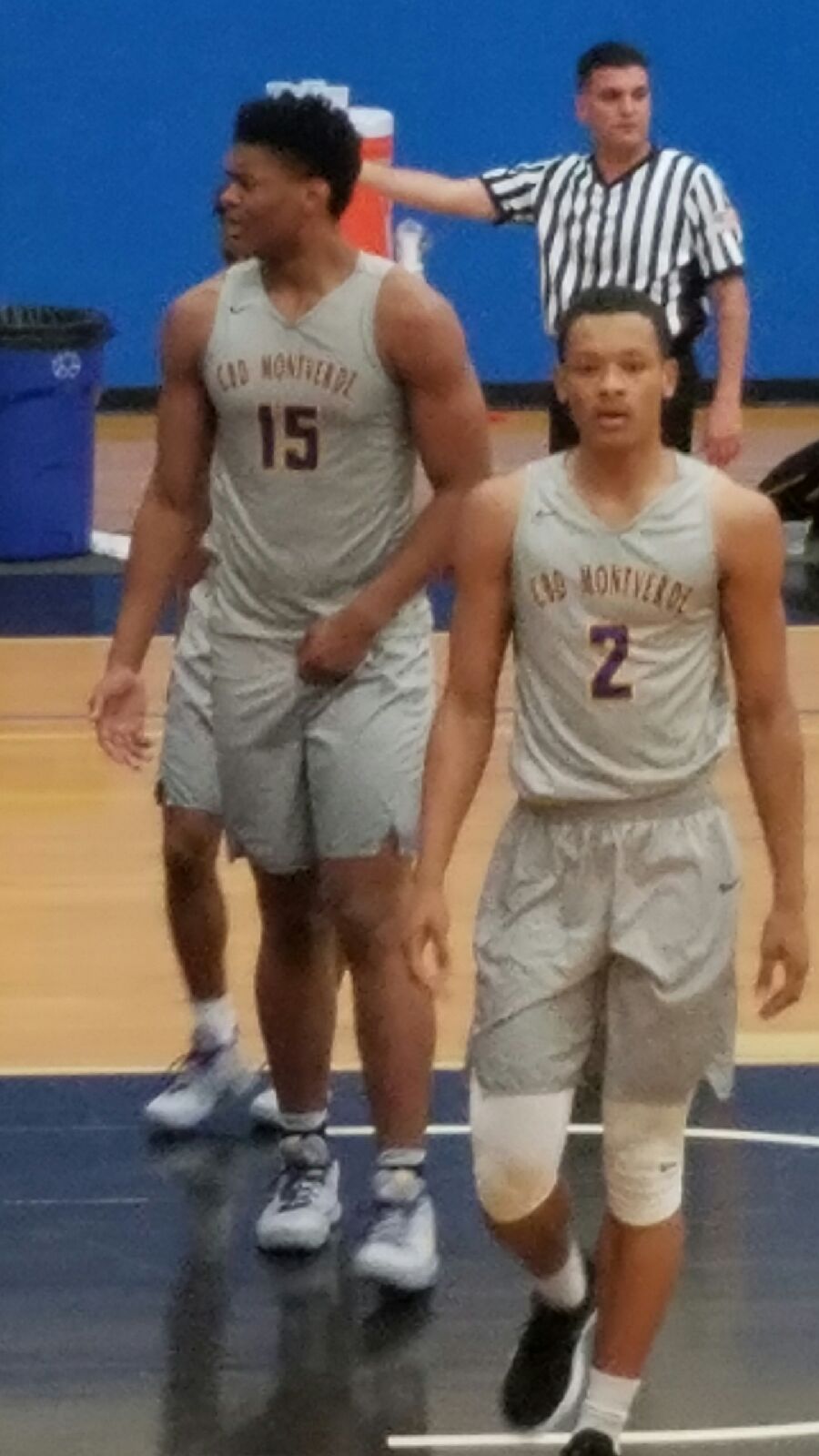 NEW HAVEN, Conn. — Darnell Brodie initially signed his National Letter of Intent with Seton Hall last April for the 2017-18 season, but he said the staff suggested he do a postgraduate year to prepare him for college. Brodie is now spending a postgraduate year at Montverde (FL) Academy “to work on my game,” he said at the National Prep Showcase. “I was [academically eligible] and they suggested for me to come here and improve my game,” he said of Seton Hall. “They told me with Angel [Delgado] there I would not get as much time on the floor and they said they wanted me to come here and play so I can be ready next year.” He added: “Everything’s going great, I’m working on everything really, offensively, defensively.” The 6-foot-10, 255-pound Brodie plays on a Montverde postgrad team that includes St. John’s signee Josh Roberts, Wichita State signee Morris Udeze and uncommitted forward Kevin Zhang. Brodie still plans on enrolling at Seton Hall for the 2018-19 season, when he would join Syracuse transfer Taurean Thompson in the front court in the post-Delgado Era. “I’m definitely considering going there,” Brodie, who went for 6 points and 3 rebounds on Saturday when Montverde beat New Hampton, 74-70, said of Seton Hall. “Looking for a spot to come in and start but right now I’m just trying to get better.” “Darnell has incredible size and strength,” Montverde coach Kevin Boyle Jr. told ZAGSBLOG. “For a player with his size he has surprising mobility and touch on jumpers and shots near the rim. He has been around good coaching and teaching but doesn’t have the same years and years of experience as other kids his age. He has the talent and drive to compete with anyone and I hope we can help expedite his development and turn him into an immediate impact player at the college level.”

A Newark native, Brodie spent a year and a half of his high school tenure at Putnam Science (CT), but started and finished his high school career at Newark East Side. “We’re very excited to welcome Darnell to the Seton Hall Basketball family,” Seton Hall coach Kevin Willard said when Brodie signed in April. “He is not only a great young man, but he is also a hard worker and talented defender. He is strong, wide-bodied with broad shoulders and will be a physical presence on the court for us. We’re looking forward to getting him here on campus to begin preparing for his freshman year.” Upon his return to East Side last February, Brodie went for 18 points and 14 rebounds against Montclair Immaculate in the Essex County Tournament. “Everyone at Seton Hall will be happy with Darnell’s work ethic and what he can do,” Newark East Side coach Anthony Tavares said when he signed. “He has a great frame and is a good rebounder. He has the potential to be a great rebounder, the type of rebounder that has made Angel Delgado a household name. Prudential Center is five minutes away from East Side High School, so it’s another opportunity for a local kid to stay home and play in front of his family. Darnell is a great fit for what Seton Hall is trying to do, and it’s good to continue sending our student-athletes to such a great school. The relationship Seton Hall’s coaching staff has built with East Side has been second to none.” Seton Hall will also add 6-3 Sacred Heart transfer Quincy McKnight next season, along with incoming freshmen wing Jared Rhoden and point guard Anthony Nelson, who is here playing with South Kent (CT). Both Rhoden and Nelson signed their NLIs earlier this month The Pirates (4-0) are currently ranked No. 22 in the AP poll.