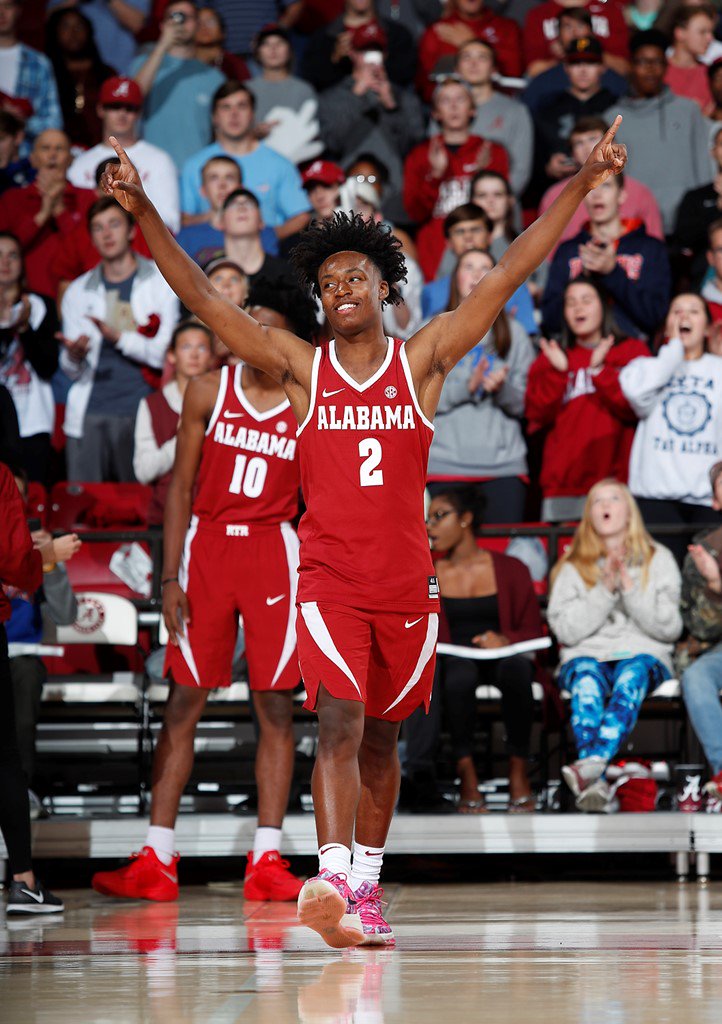 Alabama freshman point guard Collin Sexton will serve a one-game suspension and miss the team’s season-opener Friday against Memphis but will make his debut on Tuesday. “Collin Sexton will sit out of Friday’s season opener against Memphis to serve a one-game suspension for a violation of NCAA rules,” Alabama AD Greg Byrne said in a statement. “He will be eligible for competition in the team’s home opener on Tuesday versus Lipscomb.” Without Sexton and three injured players —  Riley Norris, Braxton Key and Armond Davis — Alabama beat D-II opponent Alabama-Huntsville, 74-65, on Monday night. Earlier Monday, Sexton had been named to the prestigious Oscar Robertson Watch List.

The Sexton situation appeared to be linked to the FBI investigation into bribery in college basketball. Former Alabama basketball administrator Kobie Baker resigned in late September after admitting he was implicated in the investigation. Alabama is ranked No. 25 in the USA Today Coaches’ Poll and is the first team outside the rankings in the AP poll. Sexton is projected as the No. 8 pick in the 2018 NBA Draft via ESPN.com.
Follow Adam Zagoria on Twitter And Like ZAGS on Facebook