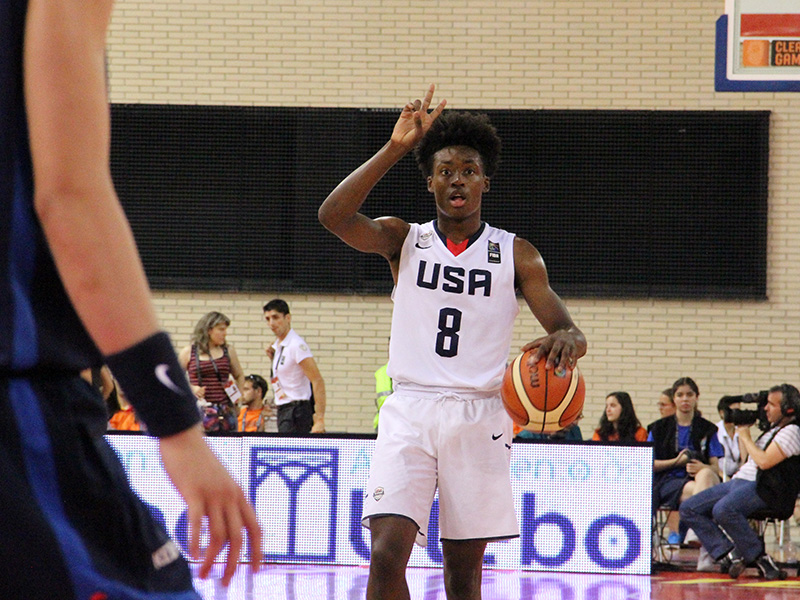 Alabama freshman point guard Collin Sexton, a projected Top-10 pick in the 2018 NBA Draft, has not been ruled eligible to play by the NCAA, Alabama announced Monday night. “The NCAA informed us late this afternoon that Collin Sexton has not had his eligibility reinstated by the NCAA,” Alabama athletic director Greg Byrne said in a statement. “We don’t have any further information at this time, but we will continue to cooperate with the NCAA and work toward a resolution that results in Collin’s timely reinstatement. “While we are disappointed, the right decision was to err on the side of caution for tonight’s exhibition game.” Without Sexton and three other injured players —  Riley Norris, Braxton Key and Armond Davis — Alabama beat D-II opponent Alabama-Huntsville, 74-65, on Monday night.

Earlier Monday, Sexton had been named to the prestigious Oscar Robertson Watch List.

The Sexton situation appears to be linked to the FBI investigation into bribery in college basketball. Former Alabama basketball administrator Kobie Baker resigned in late September after admitting he was implicated in the investigation. Via BamaHammer.com: “The FBI probe of college basketball that caused the exit from Alabama of men’s basketball administrator, Kobie Baker, also touched the Collin Sexton family. Baker arranged a meeting that Collin’s father attended to be introduced to potential future financial advisors for the Sexton family. Allegedly, Baker was paid $10,000 dollars to set up such connections. Unlike player families from other schools, to date, there is no public evidence the Sexton family received any money.” Alabama is ranked No. 25 in the USA Today Coaches’ Poll and is the first team outside the rankings in the AP poll. Sexton is projected as the No. 8 pick in the 2018 NBA Draft via ESPN.com. Alabama opens the season Friday night against Memphis in the Veterans Classic in Annapolis, Md.
Follow Adam Zagoria on Twitter And Like ZAGS on Facebook

LiAngelo Ball Among Three UCLA Players Released on Bail in China, May Get 'Lucky' With Punishment Because of Trump Visit