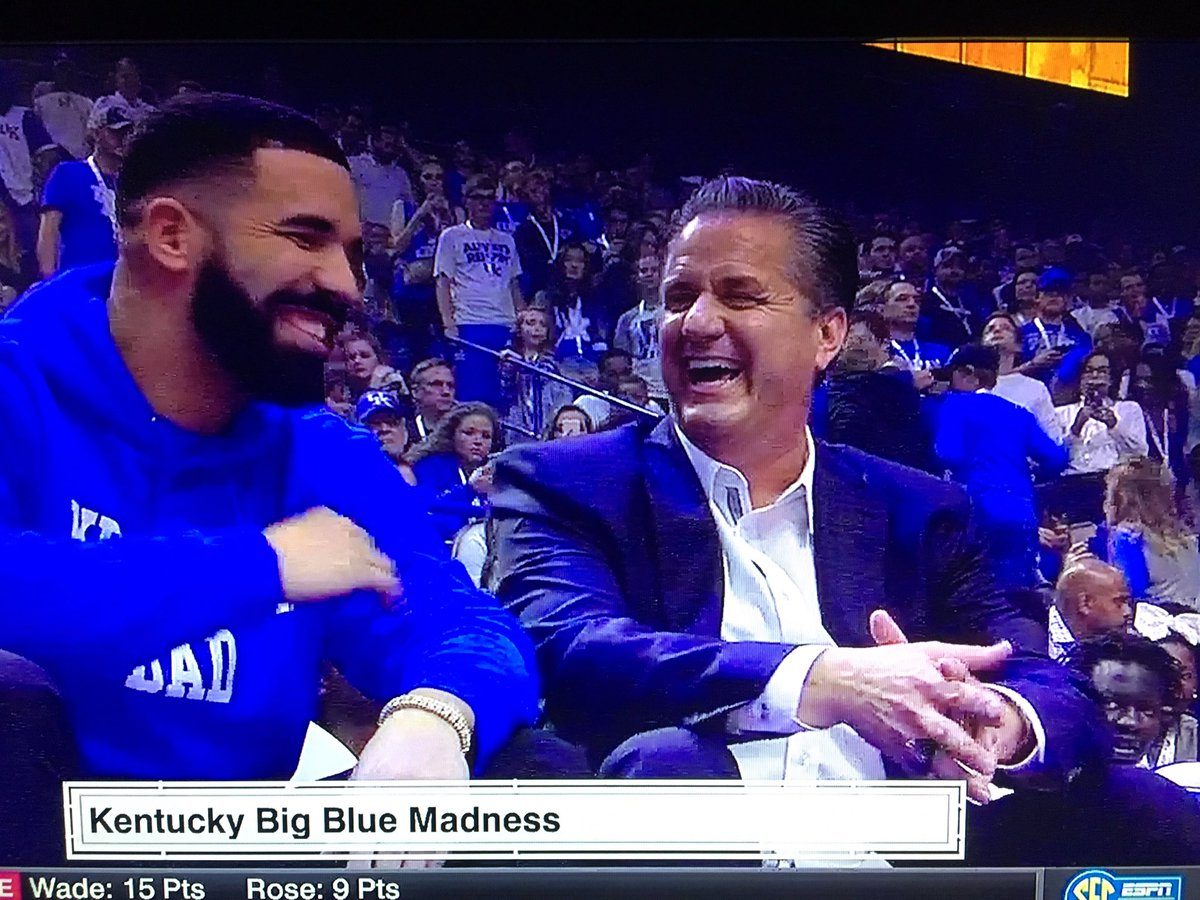 Nobody does Midnight Madness like Kentucky. And that was never more evident than on Friday night when Kentucky coach John Calipari yukked it up with Drake and told recruits and players to “Emulate Drake” during the night’s festivities. Drake, meantime, said “I’m a Wildcat through and through,” per Kyle Tucker of SECCountry.com.

The recruits seemed impressed with Drake’s presence, and why not?

My favorite photo in quite awhile. Drake, laughing Kenny Payne and a row of mesmerized recruits. pic.twitter.com/irm7IFfR4T

Kentucky hosted 2018 studs Zion Williamson, Bol Bol and  Darius Garland, as well as 2019 star James Wiseman, on the night they unveiled their 2017-18 squad to fans. Williamson, Bol and Garland were all coming off appearances at last weekend’s USA Basketball minicamp in Colorado Springs, Colo. The 6-foot-5 Williamson, projected as the No. 2 pick in 2018 per ESPN, is considering Kentucky along with Kansas, Duke, UCLA and locals Clemson and South Carolina. “My bro Immanuel Quickley already committed there,” Williamson said of Kentucky last week. “He’s trying to get him to come to Kentucky with him. So yeah I’m really psyched about it.” The 7-2 Bol is down to Oregon and Kentucky. And the 6-3 Garland is mulling Kentucky, Indiana, Vanderbilt and UCLA. “I mean, here is the group we’re recruiting,” Calipari said this week, speaking generally. “We don’t expect to get every kid. We never do get every kid. There are kids we want that go to other schools. I’m not mad, not throwing stuff. It’s fine. I mean, because it’s not about me, it’s about those kids. If they feel and their family feels it’s better they do something else, it’s about their family. “As you know, we’ve moved it up a little bit. We’ve offered some juniors, which we’ve never done before. But those juniors I feel confident where they are right now, they’ll be fine.” Photo: Scott Charlton