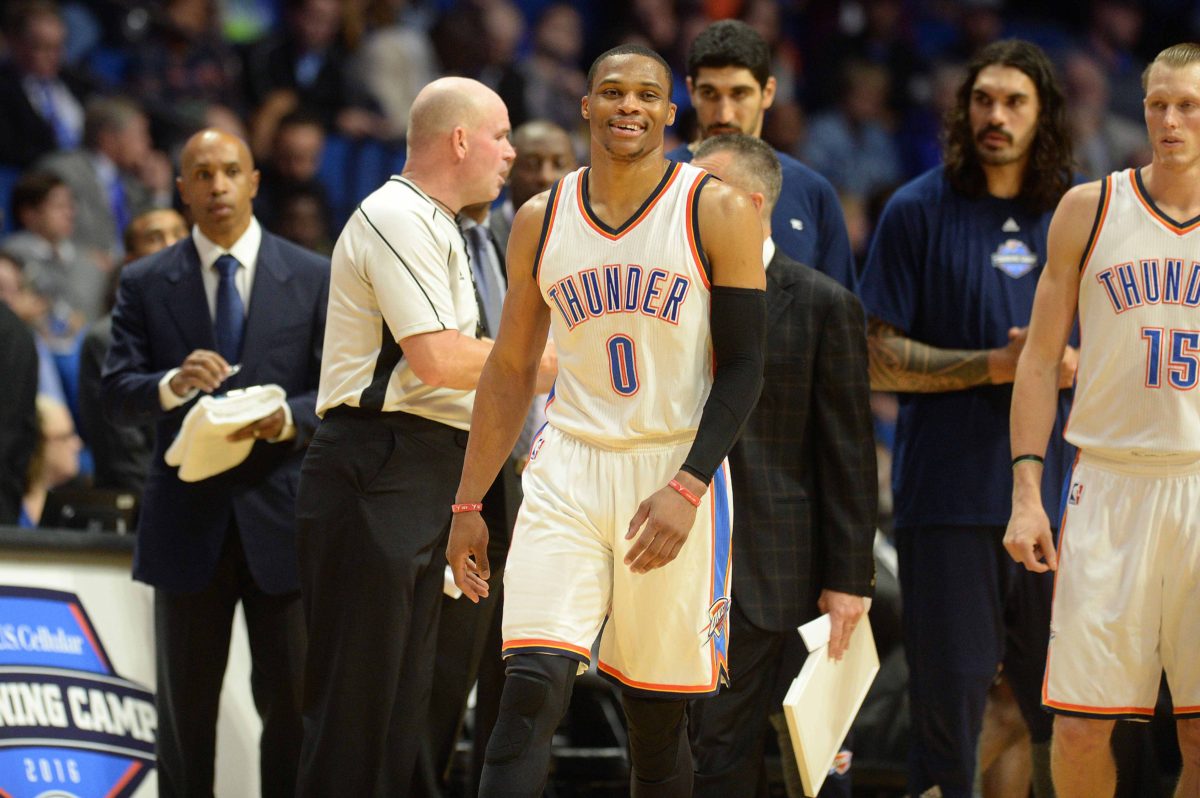 TARRYTOWN, N.Y. –– Count Enes Kanter among those who think Russell Westbrook will sign an extension with the Oklahoma City Thunder. “I talked to him the day I got traded,” Kanter said at Knicks’ Media Day two days after it was announced he was part of the Carmelo Anthony trade. “We had dinner that night and he told me how much he loves Oklahoma City and how much he sees Oklahoma City like it’s family so I feel like he’s going to sign it and that’s his legacy, that’s his team and he’s not going to leave his legacy behind.” Westbrook is in his final year in Oklahoma City — where he will now play alongside Anthony and Paul George — and is eligible for a supermax contract extension that could be worth $235 million. George, meantime, will be a free agent and has been linked to the Los Angeles Lakers, while Anthony has a player option for the 2018-19 season. Meantime, BovadaLV has installed the Thunder at 12/1 odds to win the NBA championship after the Anthony trade, up from the 25/1 odds before the trade. The Knicks remain at 500/1. Follow Adam Zagoria on Twitter And like ZAGS on Facebook