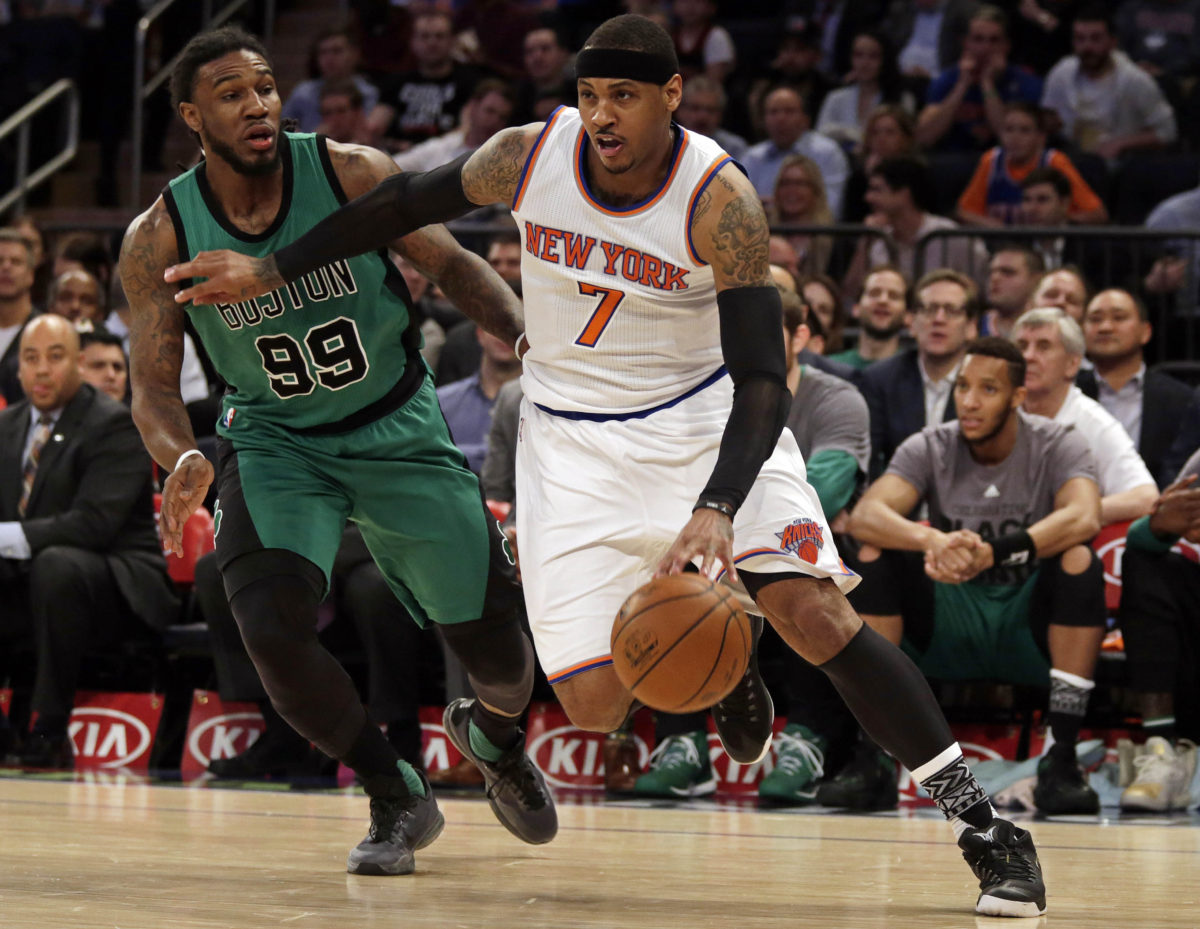 MONTCLAIR, N.J. — The way Jim Boeheim figures it, it would’ve been better for everyone involved if Phil Jackson had traded Carmelo Anthony before he was fired by Knicks owner Jim Dolan in June. That way, Anthony could’ve been moved on to a contender for assets, the Knicks could’ve accelerated their rebuild and Steve Mills and the new Knicks’ brain trust could’ve said it was all Jackson’s doing before he was shown the door. “I think in reality it would’ve been better if they let Phil make the trade and then got rid of him,” Boeheim, who coached Anthony to the 2003 NCAA championship at Syracuse, told me at the Garden State Basketball Clinic at Montclair (N.J.) Immaculate Conception High School. “Now the new guys are going to be held responsible for the deal and nobody’s going to give much up [for Anthony in a trade]. So they’re going to end up not getting a lot for him and it’s really because of what Phil did in poisoning the air.” Jackson repeatedly threw shade at Anthony, saying that Anthony held the ball for too long and that the Knicks — and Anthony — would be better off without each other. Anthony is owed approximately $54 million over the next two years.
“He has a no-trade contract,” Jackson said at the NBA Draft Combine in May. “I think I expressed what I felt [after the season]. I can’t express it any better. I thought it was well said, even if a lot of you didn’t feel that way. We’d like him to have success, the opportunity is narrowing. We’d just like for him to have success somewhere. We’re not going to be there. Hopefully we’ll maybe a playoff team next year. It would be tough to consider us possible champions.” Now with Jackson gone, Mills is the Knicks’ President and Scott Perry is the new GM. Together, they are focusing on building around  the young core of Kristaps Porzingis, Willy Hernangomez, Tim Hardaway Jr. and Frank Ntilikina. Anthony will be at training camp beginning Sept. 25 — unless a trade happens before them — but the team isn’t even using him in advertising campaigns to sell tickets.
“I think for Carmelo Anthony and the Knicks, the best thing is for him is to go someplace where they can start over,” Boeheim said. “[The Knicks] need to start over. They have young guys and it would be best for him to get with veteran guys and he’s still got two or three great years left. They can’t win in New York for two years, three years.” Boeheim reiterated that he thinks Anthony would be a great fit with the Houston Rockets, the one team Anthony reportedly would agree to be traded to. “The Rockets would be great,” Boeheim said. “They got two point guards [Chris Paul and James Harden]. He could play like he played on the Olympic team, spot up, make shots. Everybody criticizes New York because he goes one-on-one, well in the triangle if you get the ball with eight seconds to go, you got no other option except to go one-on-one. “There he’ll be spotting up, it will be like it was for the Olympic team, much easier for him. I think it will just work better for both teams, I hope it does.”