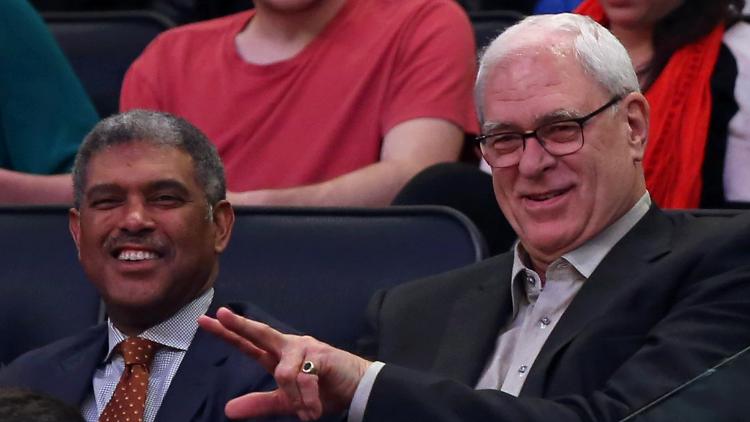 The Phil Jackson Era in New York is over.

Jackson, 71, is owed $24 million on his original contract. The Knicks went 80-166 during his reign, widely perceived as a disaster.

“After careful thought and consideration, we mutually agreed that the Knicks will be going in a different direction,” Dolan said. “Phil Jackson is one of the most celebrated and successful individuals in the history of the NBA. His legacy in the game of basketball is unmatched. We wish him the best and thank him for his service to the Knicks as both a player and an executive.

“While we are currently evaluating how best to move forward regarding the leadership of the organization, I will not be involved in the operation of the team,” continued Mr. Dolan. “Steve Mills, the team’s general manager, will run the day-to-day business of the organization over the short term. Tim Leiweke, who brings tremendous expertise and experience in sports franchise management from both Toronto and Los Angeles and is our partner in the Oak View Group, will advise and work with Steve on an interim basis to help develop a go-forward plan.”

Jackson feuded with the team’s best two players, Carmelo Anthony and Kristaps Porzingis, the latter of whom he unsuccessfully tried to deal during the NBA Draft. He was perceived by many as lazy when it came to scouting college players. In March, he skipped the Sweet 16 game between UCLA-Kentucky, which featured multiple future first-round picks, in order to attend the Shaquille O’Neal statue ceremony in Los Angeles. Magic Johnson missed the event to watch college players.

“The New York Knicks will always hold a special place in my heart,” Jackson said in a statement. “This team and this town launched my NBA career. I will forever be indebted to them. I am grateful to Mr. Dolan for giving me the opportunity to return here.

“I had hoped, of course, to bring another NBA championship to the Garden. As someone who treasures winning, I am deeply disappointed that we weren’t able to do that. New York fans deserve nothing less. I wish them and the Knicks organization all the best – today and always.”

Dolan will now need to find someone else to run his basketball operations and likely a new coach, too. Adrian Wojnarowski of The Vertical reported Dolan is targeting Toronto’s Masai Ujiri.

Meantime, the Knicks drafted a point guard in Frank Ntilikina because of his ability to play the triangle offense. Now Jackson, who was married to the triangle, is out, and it remains uncertain what path the team will take. The Knicks begin play in the Orlando Summer League on Saturday. The Jackson news was first reported by The Vertical and ESPN.