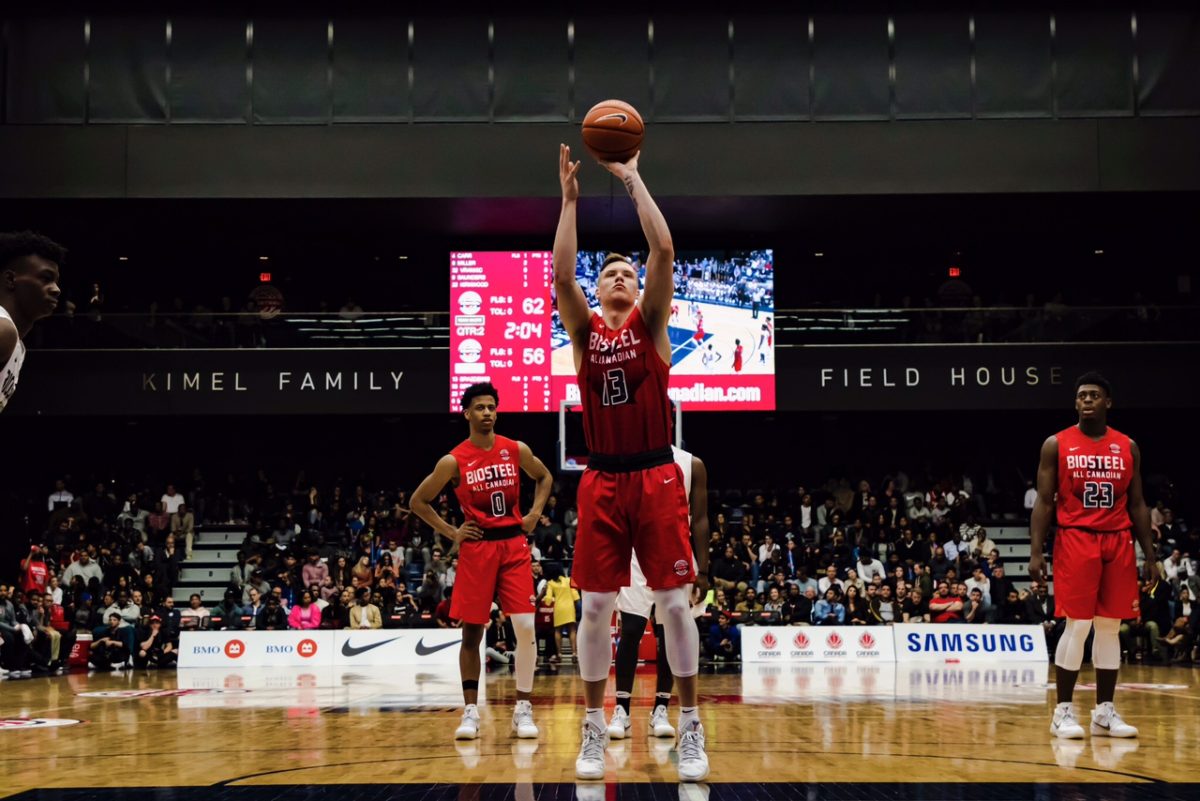 Iggy Brazdeikis, the 6-foot-8, 220-pound shooting guard from Orangeville (ON) Prep, took the first of his official visits to Michigan last weekend and then hosted Michigan coach John Beilein at school on Tuesday. “[The visit] was really good, they really took care of me and my family,” he said Wednesday by phone. “We had a great time. We learned a lot and I saw their style of play and the players work out. I enjoyed everything.” The Wolverines see him “playing on the wing and on the perimeter.” “They see me as a playmaker creating for others but also myself,” he said. “That’s what they see me as, coming off ball screens and showing how versatile I am.”

Beilein came this week to reinforce his interest. “He really wants me and he sees me fitting very well in the system,” he said. “He knows how versatile I am and he thinks I would be a good fit.” Vanderbilt coach Bryce Drew was also in to see Brazdeikis Monday ahead of his second official visit there this coming weekend. “I have Vanderbilt this weekend,” he said. “I took an unofficial last year and I loved Nashville as a city. I love the school, I love the academic part of it. And Coach Bryce Drew is a great coach, he has a great mind for basketball. It’s a young program under Coach Drew and it’s interesting and I want to see how I can fit and how they can use me.” Brazdeikis next visits Florida Sept. 29.

“I’ve actually been to their facility a couple of times because our team had a tournament down in Florida,” he said. “I really like coach Mike White and the coaching staff there. They have great facilities and it really seems like a great place to develop and become a better basketball player>’ Head coaches from Illinois and Virginia Tech are expected in to see Brazdeikis on Wednesday. “At this point I’m going to go through my [three] visits and go from there,” he said. According to Scout, Brazdeikis is ranked as the No. 42 overall player in the Class of 2018 and the No. 10 player at his position.