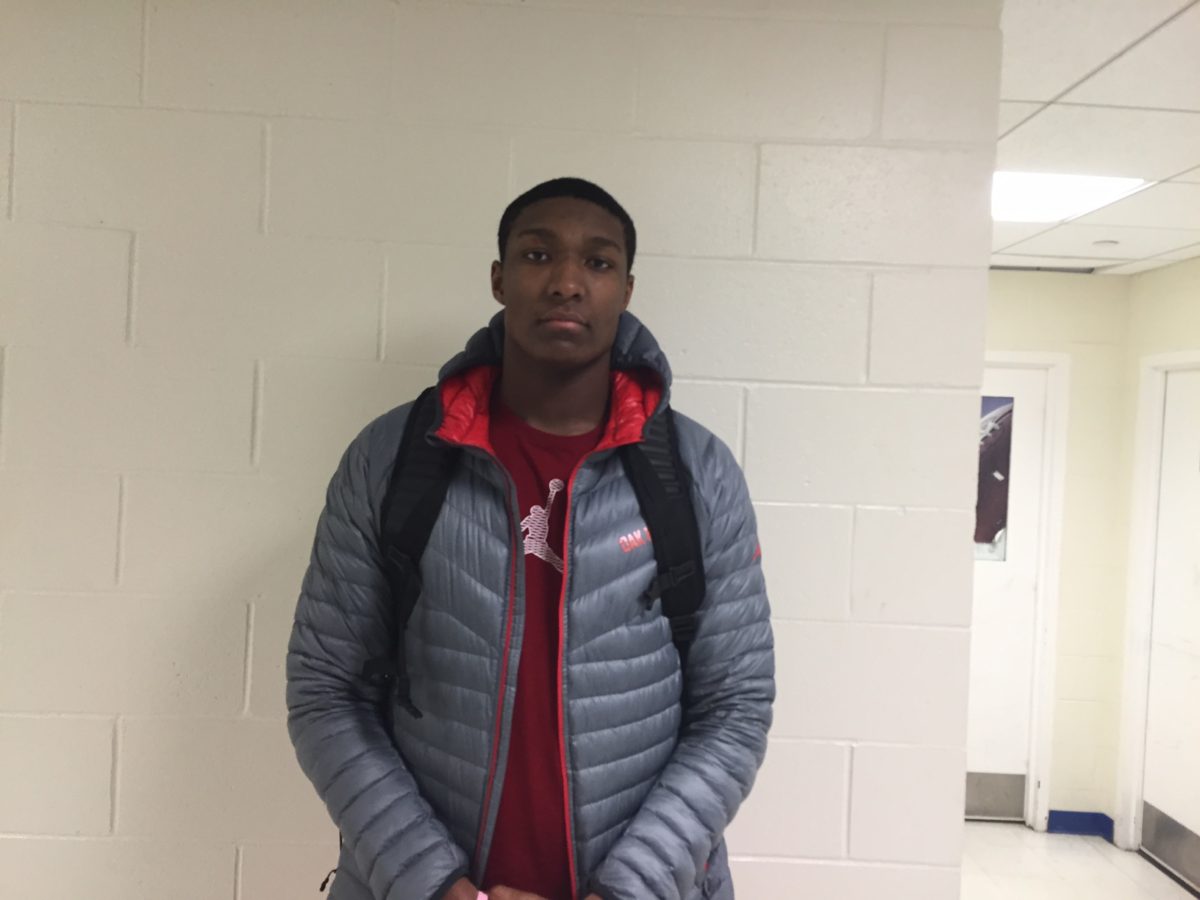 David McCormack, the 6-foot-9 center from Oak Hill (VA) Academy, may be closing in on a college decision. After naming Kansas, Xavier, Oklahoma State, UCLA, NC State, and Duke as his final six schools, he has visited Kansas and Xavier unofficially and N.C. State officially so far. “He had a great visit [to Kansas],” Oak Hill Academy coach Steve Smith said on The 4 Quarters Podcast. “He went unofficial to Kansas but he’s going to go back there officially. He visited N.C. State last weekend. He’s visiting Xavier, Kansas and he has visits supposedly for Duke and UCLA if gets that far. I don’t know if he’ll go past September, he’s getting kind of antsy and I think he likes a couple schools. “He really liked N.C. State last weekend and he likes Kansas a lot. He visited Xavier the day before unofficially and then he went to Kansas. He made both those visits unofficially and he’s going to take officials to both of them so they’re both obviously very much in the picture and that’ll be the second time he’s been there.” McCormack will take his second official visit to Xavier this weekend (Sept. 9) and will be joined by Isaiah Mucius and Noah Locke. As for his upside, Smith said, “He’s lost about 45 pounds. He was about 295 last year, he’s 255 now. He’s got a great body now, that has helped him tremendously. He’s more mobile now, he plays above the rim instead of below the rim. His shot has improved to 17 feet. He’s inside presence on both sides of the floor. He’s going to be a really, really good college player. I gotta give him credit because he lost weight but he’s the guy who changed his diet and lost the weight and it’ changed him into a much better player.”

When it comes to choosing a school, McCormack knows what he wants and what is important. “Definitely the relationship with coaches, being able to play through mistakes, and develop my game,” he previously told Jacob Polacheck. “Conditioning and development is important, as well as my major. I want to major in communications or journalism because I want to go into sports broadcasting. History also plays into it, as far as being a good coach and how they develop their players.” McCormack, who will be returning to Oak Hill for his senior year, is already focused on the upcoming season. “I want to work on everything,” McCormack stated. “My method is once you attack your body, everything gets better, so if you attack your body and get better, you will have better moves and improve your game overall, defensively and offensively.”   Follow Adam Zagoria on Twitter And Like ZAGS on Facebook