Can Canadian teenager Denis Shapovalov advance through the depleted US Open draw to the final? | Zagsblog
Follow @adamzagoria

Can Canadian teenager Denis Shapovalov advance through the depleted US Open draw to the final? 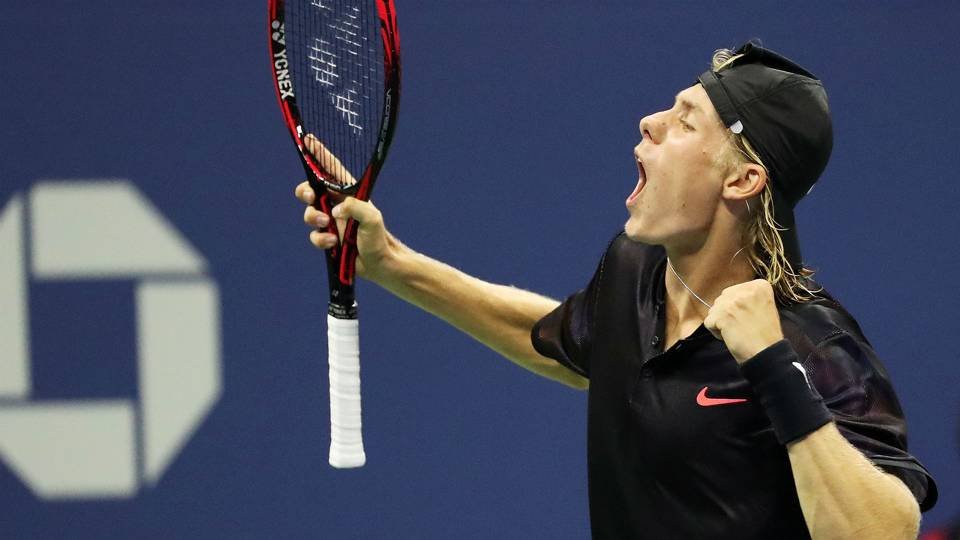 With the loss of No. 5 seed Marin Cilic and No. 10 John Isner on Friday at the US Open, the bottom half of the draw is now officially wide open. “You’re about to be able to drive a Mack truck through the bottom half of the draw,” John McEnroe said on ESPN after the Cilic loss. Cilic, the 2014 US Open champ, fell in the third round to Argentinian Diego Schwartzman, 4-6, 7-5, 7-5, 6-4, paving the way for a first-time finalist on the bottom half of the draw. Isner, the highest remaining seed after Cilic’s loss, then fell in straight sets to Mischa Zverev, the left-handed serve-and-volleying older brother of No. 4 seed Alexander Zverev, 6-4, 6-3, 7-6(5). Alexander Zverev, who many had predicted to make a run to his first Grand Slam final, fell in the second round earlier this week. ‘My brother is No. 6 in the world. I was expecting him to be here in the Round of 16, not me, so…’ Mischa said on court.

The top half of the draw still features No. 1 seed Rafael Nadal and No. 3 Roger Federer, who could meet in the semifinals. One possibility is that 18-year-old Canadian sensation Denis Shapovalov could make a deep run. Shapovalov, who qualified by winning three matches, knocked off No. 8 seed Jo-Wilfried Tsonga on Wednesday and then advanced to the second week when Brit Kyle Edmund retired with a neck injury, trailing 3-6, 6-3, 6-3, 0-1. “It’s never great to win this way, hopefully it’s too nothing serious,” Shapovalov said in his on-court interview. Shapovalov is making his run without his parents in his player box. His father is in Greece, and his mother is busy with other tennis responsibilities in Canada. “My dad’s in Greece on vacation, I’m not exactly sure when he comes back,” he said. “I think in a couple days. My mom, she’s actually very dedicated to her club. She’s very busy with her kids, so unfortunately she hasn’t been able to come out but hopefully I can force her to come to my fourth-round match.” Shapovalov next faces No. 12 seed Pablo Carreno Busta — the highest remaining seed in the bottom half — in the fourth round on Sunday. “He’s an unbelievable player,” Shapovalov said. “He’s another guy that’s been on tour for a while and he’s got a lot of experience. He plays big, he goes for his shots. It’s going to be a tough matchup but I’ve been playing some tough guys and I’ve been doing well so hopefully I can play well [on Sunday].” Shapovalov has now been installed as the third favorite behind Nadal and Federer to win the Open.

Serena Williams has baby girl as the US Open is happening

Federer, Nadal both win at US Open, take another step toward potential semifinal showdown