Sonny Vaccaro says Nike should credit Isaiah Washington on JellyFam, player should be allowed to profit 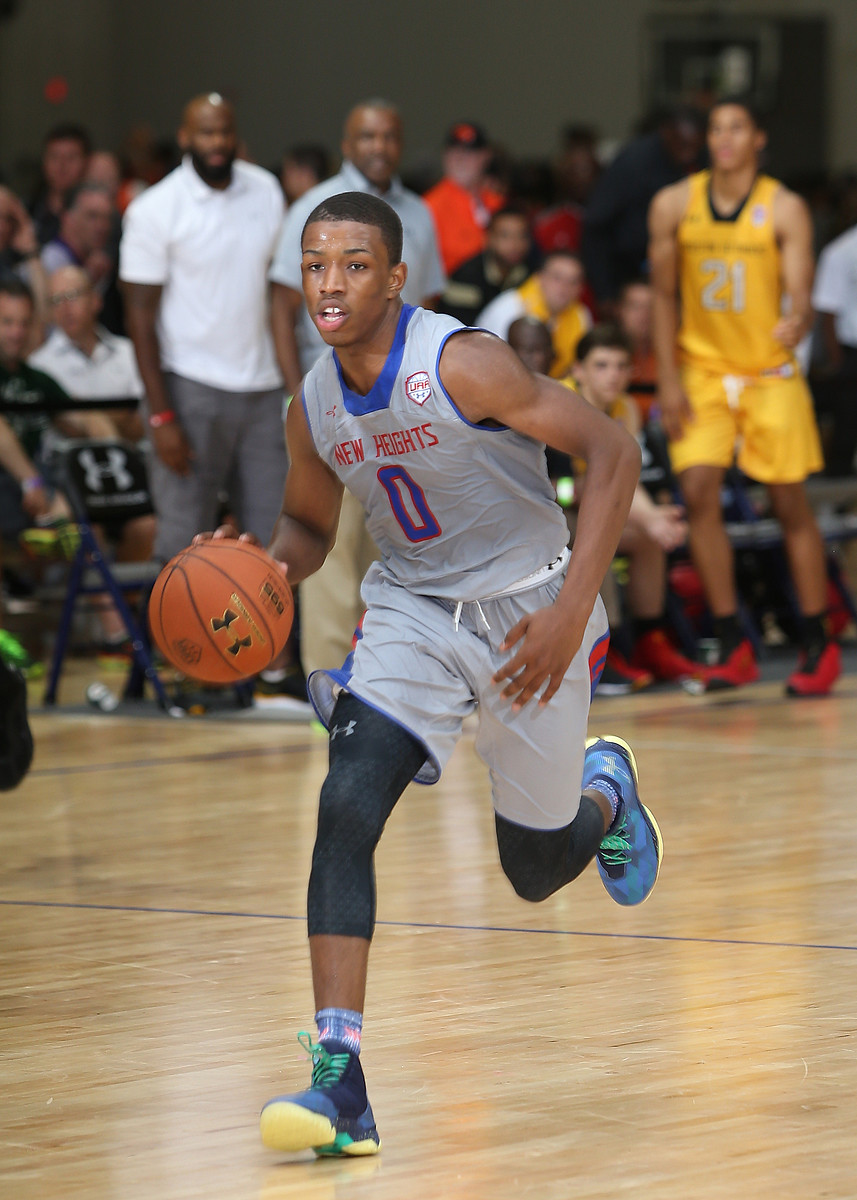 Sonny Vaccaro has been a longtime defender of the rights of student-athletes, as well as a longtime critic of both the NCAA and Nike. So it’s no surprise that he’s taking Isaiah Washington’s side in the current #JellyFam controversy. “Nike’s doing what a businessperson would do,” Vaccaro, the legendary grassroots sneaker guru who signed Michael Jordan and Kobe Bryant to multi-million dollar sneaker deals, said Saturday by phone. “They found an idea. They don’t have to give someone else credit for it other than their employee Paul George and they profit by it. “I’m not saying who’s first here, I’m not saying who’s second. I’m saying who popularized it was this kid Washington. That’s who made it popular, Isaiah and his teammates.” (For background on this story, I recommend Rob Dauster’s piece asking whether Nike plagiarized Washington’s #JellyFam movement in order to sell shoes.) A 6-foot-1 point guard from St. Raymond’s in The Bronx who will be a freshman this season under coach Richard Pitino at Minnesota, Washington is the leader of the “Jellyfam,” a group of players who got the nickname because of their ability to score in unique ways. He goes by @Jellyfam_Dimes on Twitter and is the first athlete to hit one million views on Overtime. The JellyFam includes Washington, Leondre Washington, Jordan Walker, Jahvon Quinerly, Sid Wilson and Milicia Reid, the only female member of the group. “In order to be in Jellyfam, you gotta do three jellys on somebody in one game,” Washington told me last fall. “A jelly’s a finger roll.” He added: “If the people complete the task, then they could be in the jellyfam” As Dauster pointed out, the JellyFam has used a grape emoji to promote its movement on social media. Coincidentally, the new Paul George-inspired Nike sneakers that sell for $90 also use a grape emoji on the toe area. 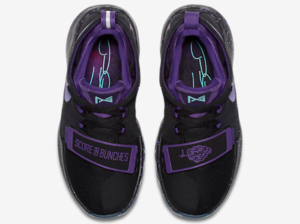 In Nike’s defense, this video from 2013 does exist: https://t.co/MZwWJwJVi4

A Nike spokesperson told Dauster these shoes were “inspired by Paul George’s love for fresh grapes.” Washington wasn’t immediately available for comment, but he posted on Twitter, “It’s crazy bro they know I can’t so they just take advantage.” Vaccaro believes Nike is capitalizing off the movement spurred by Washington and his fellow members of the JellyFam. “Any company could’ve done this but if Nike had a sense of balance they would acknowledge, he gave us the idea,” he said. “They would allow Isaiah and his teammates to profit by something that could resonate in their lives. Give him credit. Don’t say you took it from Paul George. I bet they didn’t even know Paul George had a goddamn shoe, that’s my point.” Because he’s an incoming student-athlete at Minnesota, and not a pro like Lonzo Ball, Washington can’t profit off the JellyFam name. “A perfect example of why high school and college athletes should be able to sell their ideas and skills just as their fellow students do in the arts, the tech world, and beyond,” said New Jersey-based attorney Alan Milstein. “This has nothing to do with whether colleges should have to pay them to play. It is just about giving them what is rightly theirs.” Added Vaccaro: “[Washington] could do it on his own but he wants to play basketball [in college], he wants to go to college. He wants to do other things. He’s inhibited by it. They stopped him before he got started.” He added: “I would give him money too but they can’t give him money. The corporation should acknowledge hey got the idea from the kid. That’s my pitch against Nike. “They should’ve said, ‘Paul, we’re going to do this but Isaiah and his teammates really influenced our movement on this. I wish there was something we could do for him.'” He went on: “[Washington] obviously spurred this on. They can’t bullshit me here. Nobody would’ve paid attention here [to George’s shoe], nobody. Paul George could’ve had this idea but without Isaiah and his teammates nobody would give a sh**. “Paul George has a shoe, by the way it’s got a grape inside. That’s going to sell shoes? That’s not going to sell any shoes.”

Mamadou Doucoure to reclass at Rutgers for 2017