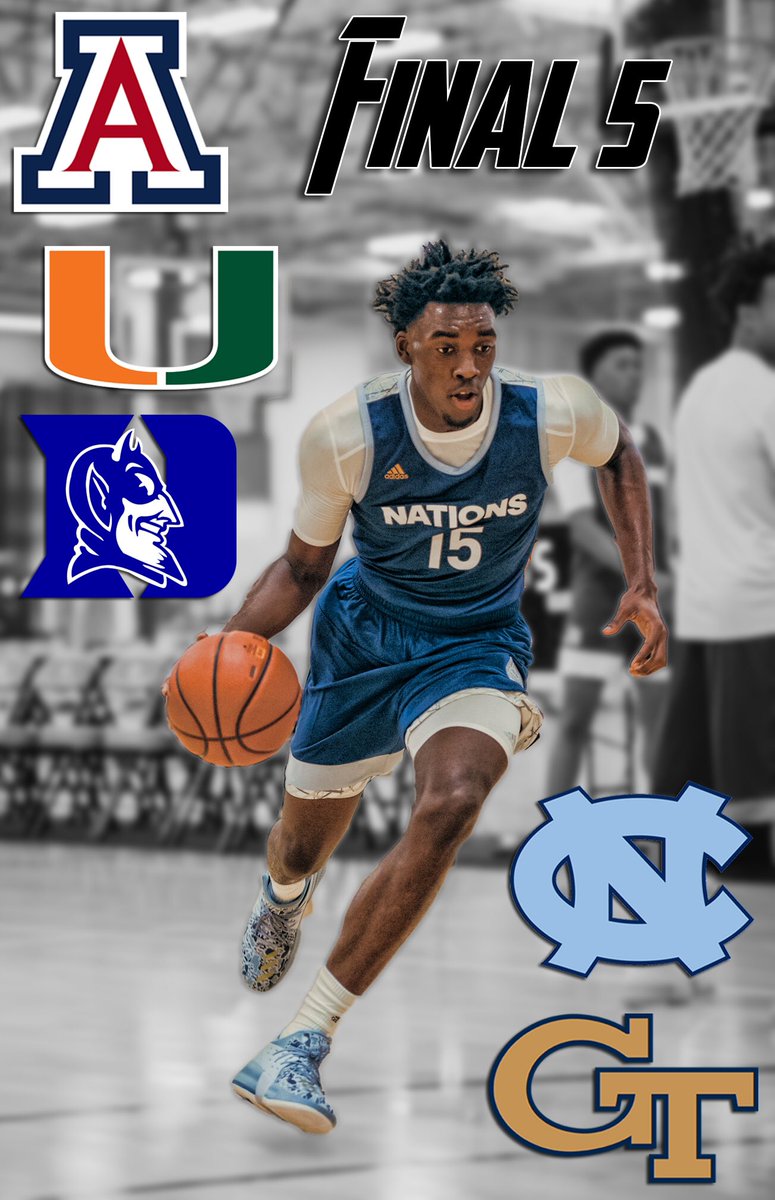 By JACOB POLACHECK & ADAM ZAGORIA Nassir Little, the 6-foot-7 small forward from Orlando Christian (FL) Prep, named Miami, Arizona, Duke, Georgia Tech, and North Carolina as his final five schools on Wednesday via Twitter. Little’s final five comes just one day after receiving an offer from Duke on Tuesday. North Carolina offered Little last month (July 31). Little has set several official visits: Georgia Tech (Aug. 25-27), North Carolina (Sept. 8-10), Miami (Sept. 15-16) and Arizona for the Red-Blue Game (Oct. 20-22), his father told ZAGSBLOG. No dates have been confirmed with Duke yet. According to 247Sports, Little is ranked as the No. 23 overall player in the Class of 2018 and the No. 5 player from the state of Florida. Arizona, who is included in Little’s final five, landed a commitment from 2018 point guard Jahvon Quinerly on Tuesday. Playing with 1Family on the Adidas Gauntlett this summer, Little averaged 18 points per game. “Having Duke offer is an awesome feeling to see this happen to a kid, but it has special meaning because four years ago Nas just wanted one Division-1 offer,” Brad Augustine of 1 Family Hoops told Zach Smart. “Being offered by Duke, it’s a great acknowledgment of the level Nassir has reached based on his work. I think all this does for the kid is solidifying the effectiveness of the process.” Follow Jacob on Twitter Follow Adam Zagoria on Twitter And Like ZAGS on Facebook

Jontay Porter to Reclassify to 2017 Class