Jontay Porter to Reclassify to 2017 Class 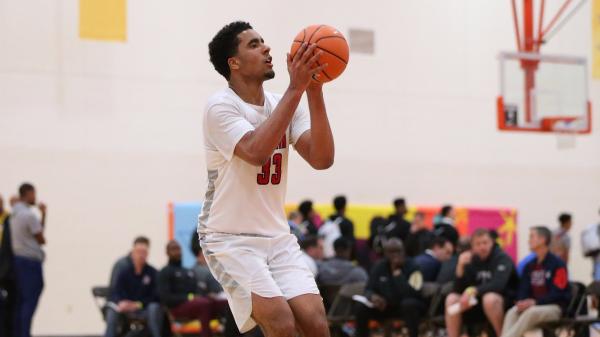 By JACOB POLACHECK Jontay Porter, the 6-foot-10 power forward from Nathan Hale (WA) High School, will reclassify to the Class of 2017 and join his brother Michael Porter Jr. and father Michael Porter Sr. at Missouri this season, per Jeff Goodman of ESPN. “This is going to be a special year for Mizzou basketball, and I couldn’t pass up on this opportunity to be a part of it,” Jontay Porter told ESPN on Wednesday. “Playing with Michael was definitely one of the most attractive things about reclassifying. Every team we’ve played on together has had major success, so hopefully, that trend continues.” Porter, who decommitted from Washington in March, announced his commitment to Missouri on May 22. “He makes everything easier for everybody on the court,” Michael Porter Jr. told ESPN about his brother. “He might not fill the stat sheet in term of points, but the way he attacks the game it makes it so much easier. I think him coming here alongside the other players we have here will be ridiculous. … He’s strong, and he really does it all. He can dribble, he’s a really great passer and he can shoot.” In addition to his brother Michael, Porter will also join Blake Harris, Jeremiah Tilmon, and CJ Roberts as the fifth commit in head coach Cuonzo Martin‘s 2017 class. Playing with Mokan Elite on the Nike EYBL Circuit this summer, Porter averaged 18.1 points, 12.6 rebounds, and 2.6 blocks per game, in 16 regular season games played. In five games at Peach Jam, Porter averaged 8.4 points, 12.0 rebounds, and 1.6 blocks per game. Follow Jacob on Twitter Follow Adam Zagoria on Twitter And Like ZAGS on Facebook