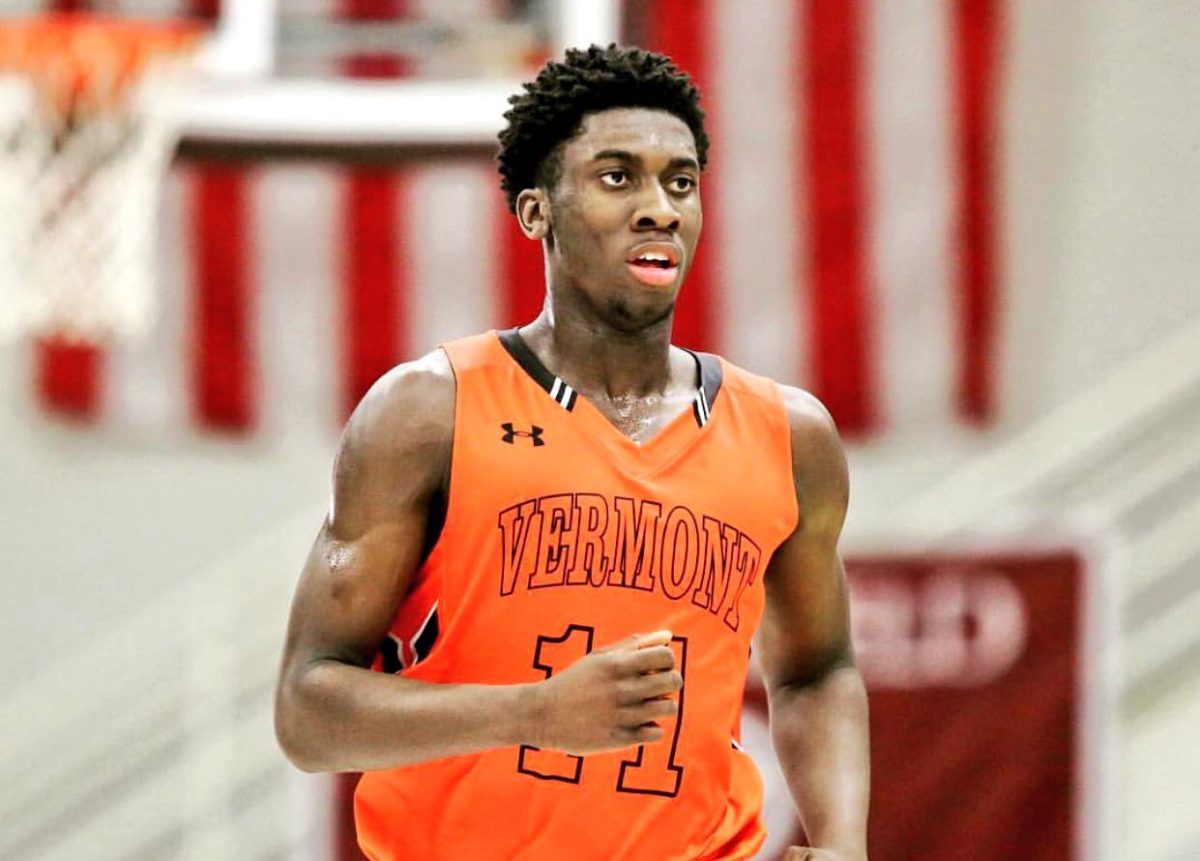 Simi Shittu, the 6-foot-10, 225-pound forward from Vermont Academy, has yet to formulate a list but is hearing from a group of high-major Division 1 programs. “The schools that I hear from regularly are Notre Dame, Vanderbilt, UConn, Oregon, Arizona, UCLA, N.C. State, Maryland and Michigan,” he said this week. He hopes to cut his list down to “five or 10” sometime after AAU season, possibly in August. “I’m just taking it day by day,” he said. He broke down several of his top schools: Notre Dame: “They’re just a well-rounded program, both academically and coach athletically. Coach [Ryan] Humphrey is in touch with me pretty often. Me and him have built a good relationship, and the school’s in a nice area and it’s well known.” Vanderbilt: “The same thing, me and coach [Bryce] Drew are building a relationship. The school is high academically and it’s also in a good conference.” Oregon: “I guess they’re just trying to build a program [to Canada] and just keep it going. It’s a nice school and they’ve had success lately.” Michigan: “They’re really interested and they want me to come in fill D.J. Wilson’s spot.” UCLA: “They’ve had a lot of success, they probably also have the No. [2] pick this year [Lonzo Ball]. They’re a good program, they let their players play and it’s a good conference.” Arizona: “Also in the Pac-12. Very nice school, My friend. Emmanuel Akot is going there, he reclassed. They’re in contact here and there. And the coach from Washington [Lorenzo Romar] is there now, he’s an assistant.” Maryland: “They’re in the Big Ten, they’re a good school. Justin Jackson goes there and I kind of know him. They also let their players play and their coach is a good coach.” Duke and Kentucky also reached out to his parents. “They called, they’re interested and they’re just going to keep tabs on me,” he said. Getting offers from them “would be nice, that’s up to them really.” Wherever he goes, Shittu could make an impact right away. “If Simi continues to develop at this rate, I have no doubt that he will be playing NBA basketball in the near future,” Vermont Academy coach Alex Popp said. “I have coached several high major prospects in the last three years at Vermont Academy, and he is the biggest gym rat of them all. Obviously that’s a good sign.”