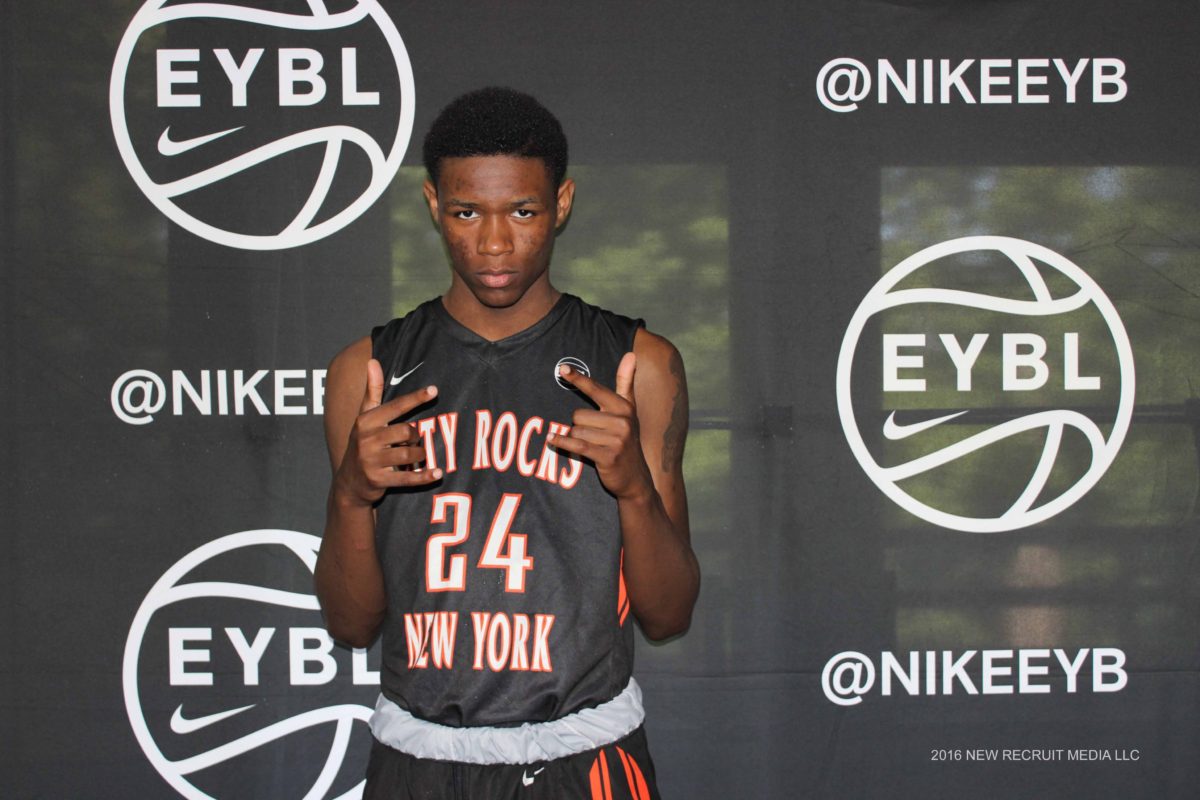 By ADAM ZAGORIA & JACOB POLACHECK THOUSAND OAKS, Calif. — Nahziah Carter isn’t just making news for being Jay-Z’s nephew. The athletic 6-foot-6, 190-pound wing from the Albany City Rocks continues to weigh his college options, and is considering going to college in either 2017 or ’18. Georgetown, where he recently visited, is recruiting him for both options. “We’ve been talking about 2017 because they just opened up a scholarship when someone entered the draft,” he said at the Nike EYBL stop here. “They told me I definitely have a scholarship for 2018. So, we’re gonna talk about 2017 soon. I guess everything plays a big part in my decision to go 2017 or 2018.”

Carter is developing a strong relationship with the Hoyas new coach. “I really like Patrick Ewing,” he said. “He’s a really good guy. Just spending the day with him, you wouldn’t realize how good of a guy he is. He’s funny, he’s humorous, he loves his family. He brought his family around all the guys. He liked me a lot. He tells me a lot about how they need me and want me.” Carter is being recruited mainly by Louis Orr but said he hears consistently from the whole staff. “It’s Louis Orr but they’re all recruiting me equally,” he said. “I get calls from each of them every night.”

Carter initially committed to Dayton and coach Archie Miller, and Miller just offered him at Indiana. “I just spoke with them [Thursday] and we plan to speak again soon,” he said of Indiana, adding that he likes Miller. “That was a big part,” he said. “I really like him. I like his coaching style. I like his relationship with his players and their families too. I just think he’s a great coach so when he left Dayton it was tough.” He added: “I guess it fits me personally. His style of play, I watched at a Dayton game, they plays like me. They’re really defensive. I think they held everybody to their worst shooting percentage. They get out. They let their wings work and that’s what I’m into.” He said he’s considering Indiana for 2017 as well. “We’ve been talking about 2017 because they just opened up a scholarship when someone entered the draft,” he said of Indiana, which lost James Blackmon to the Draft. “They told me I definitely have a scholarship for 2018. So, we’re gonna talk about 2017 soon. I guess everything plays a big part in my decision to go 2017 or 2018.” Aside from Georgetown and Indiana, several other schools are also involved. “I’d say Washington, Georgetown, Georgia Tech, UMass, and Boston College,” he said. “Those are the guys that are really on me. The others aren’t as active.” He plans several visits soon. “Yes, I’m visiting Washington soon,” he said. “I think we’re planning after California but we still have to discuss.” As for Washington, he added: “I like the coach, [Mike] Hopkins. He was recruiting me at Syracuse and once he got to Washington, he called me immediately. He called the day he got there. He contacted me immediately.” As for a timeline on when he may decide his future, he’s taking it slow. “I don’t really have a timeline,” he said. “I don’t really talk about it that much.” Follow Jacob on Twitter