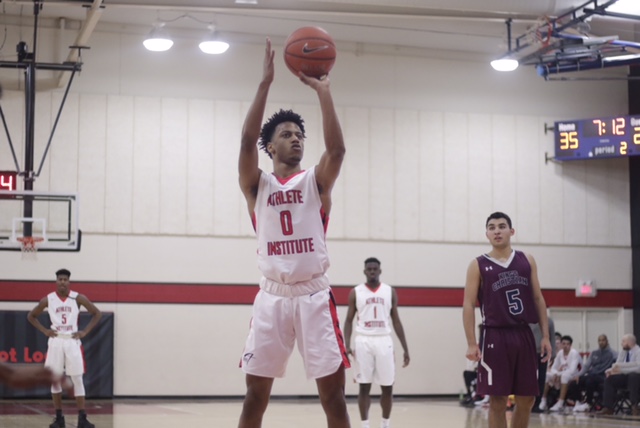 Georgetown has its first commitment of the Patrick Ewing Era and it’s a Canadian. Class of 2017 point guard Jahvon Blair of Ontario’s Athlete Institute committed after an official visit this week, CIA Bounce coach Tony McIntyre told ZAGSBLOG. Georgia Tech was also involved. “He is a great past-first point guard who is a knockdown shooter,” McIntyre said. “He will be a great point guard at Georgetown.” With Tremont Waters having asked for his release, Georgetown was in need of a floor general for the first year of the Patrick Ewing Era. Blair averaged 23.6 points, 6.4 rebounds and 2.7 assists on a very talented Athlete Institute prep team that also featured Syracuse-bound point guard Howard Washington and Syracuse-bound forward Oshae Brissett. “I’ll bring 100 percent effort at all times, knocking down my shot and having the ability to shoot the three and the mid-range,” Blair said before the pledge. “I’m at the best of my game in the open floor being able to push the ball on fastbreaks because I’m great at creating a play for myself and my teammates.”