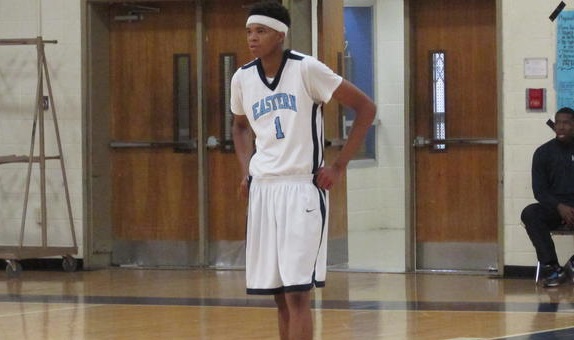 Jamarko Pickett, the No. 19-ranked small forward in the Class of 2017 per 247Sports.com, verbally committed to Georgetown on Friday, Scout.com reported. “He picked them because he felt like he could go in there and contribute immediately,” Chad Myers, the coach at Massanutten Military Academy, told Scout. “Playing time along with location was the determining the factor for him. “I think he’s a versatile forward that can play both forward positions,” Myers said. “He can score at all three levels and his length allows him to guard multiple positions.” The 6-foot-9 Pickett also recently visited Maryland, per Scout. He joins point guard Jahvon Blair, small forward Antwan Walker and center Chris Sodom in Georgetown’s 2017 class, the first for new coach Patrick Ewing.