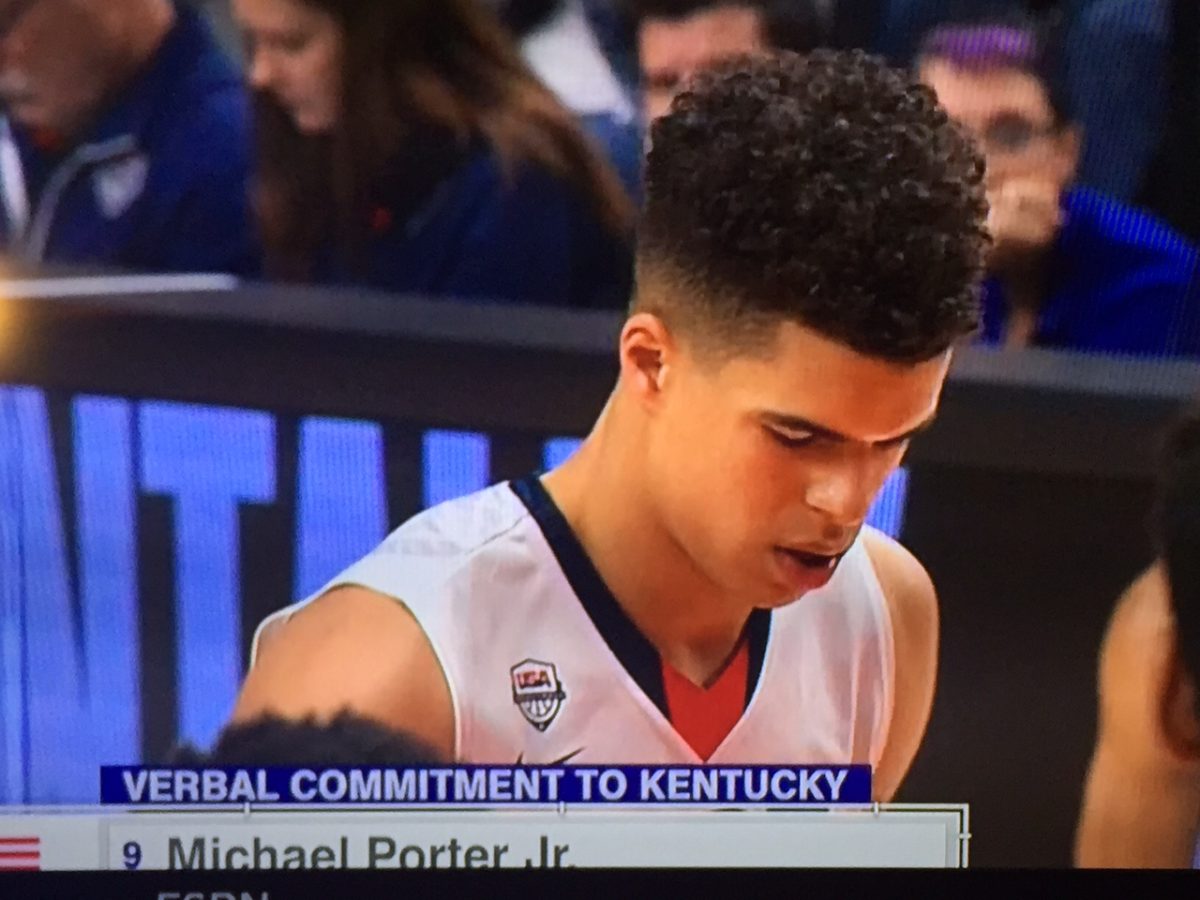 Kentucky had four recruits in the Nike Hoop Summit on Friday, but Michael Porter Jr. wasn’t one of them. But don’t tell that to ESPN, which posted a graphic depicting the 6-foot-10 Porter Jr. as a Kentucky commit. Porter Jr. is actually going to Missouri to play for new coach Cuonzo Martin and on a staff that includes his father, Michael Porter Sr. As I wrote in this column, Porter Jr. — who won MVP honors at the McDonald’s All-American Game — is a future NBA superstar who would be in the mix for the No. 1 overall pick in this draft were he eligible. The picture then caused a stir on social media, with some pretty funny responses.