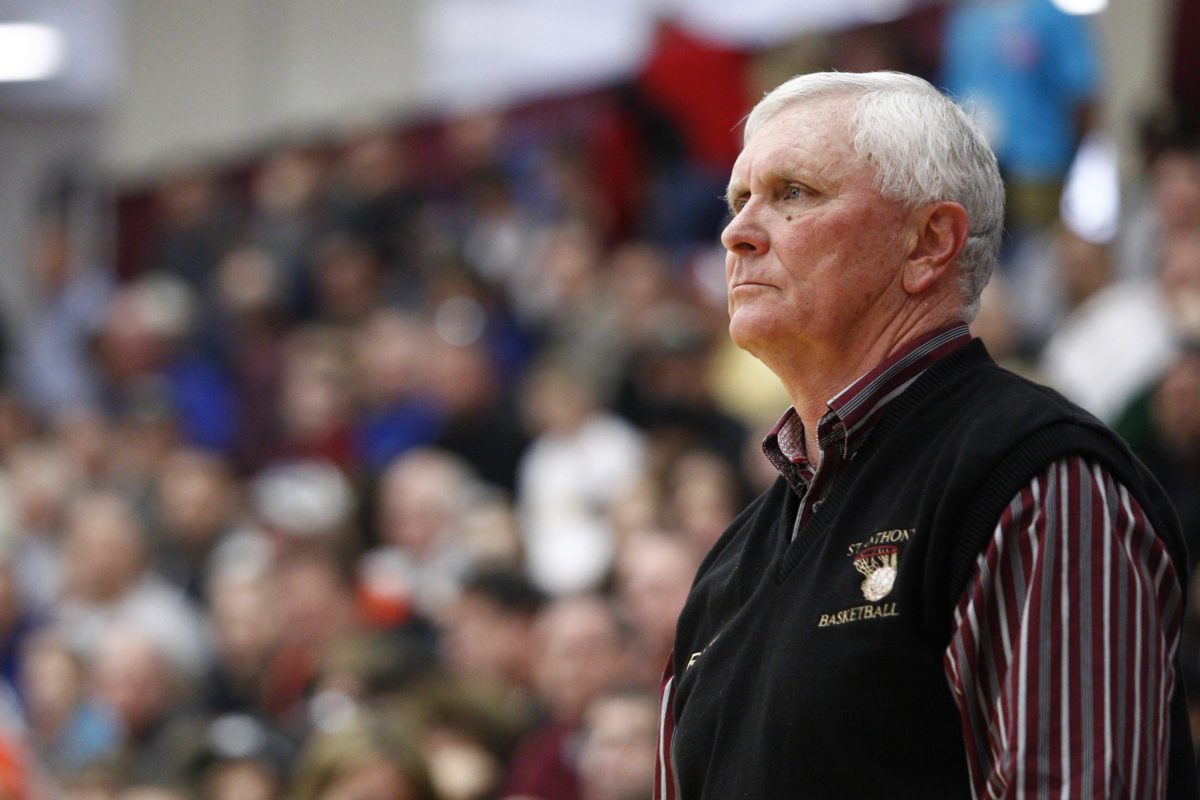 By DENNIS CHAMBERS & ADAM ZAGORIA The seemingly inevitable has became reality for St. Anthony’s. The historic Jersey City school announced that it will suspend operations following the 2016-17 school year because it’s unable to raise the necessary funds to keep its doors open. As a result, Hall of Fame coach — and the school’s principal — Bob Hurley Sr. appears to have coached his last high school game. Unable to raise the endowment funds St. Anthony was seeking at the beginning of the school year, the Archdiocese of Newark made the decision to close the historic high school. “At the end of this school year, we will be closing,” Hurley said. “Is it extremely sad? Yeah, it’s brutal. Absolutely brutal.” SHOWTIME is in the midst of a segmented documentary entitled Legacy: Bob Hurley highlighting the coach and his Friars team. Opening in 1952, St. Anthony hired Hurley as their basketball coach in 1972. What followed was a nearly unprecedented run as New Jersey’s prominent basketball powerhouse.

End of an era as St. Anthony’s doors close.

Over the course of his 45-year career, Hurley won 28 state titles with the Friars, including 13 of a possible 28 Tournament of Champions. Along with in-state dominance, Hurley pioneered St. Anthony to a national powerhouse as well by winning four mythical national championships. Throughout his run with the Friars, Hurley was recognized greatly for his achievements with the Catholic high school. USA Today crowned Hurley the National Coach of the Year three times; 1989, 1996, and 2008. His achievements led him to a Naismith Hall of Fame induction in 2010, and in 2011 Hurley became just the 10th coach to win 1,000 games at the high school ranks.

“Our trophies will go to the players who made those memories” – Bob Hurley when asked about a @SAHSFriarNation HOF. pic.twitter.com/vue5FlEEkP

Despite all of Hurley’s successes on the basketball court, his high school was unable to raise the remainder of the money needed to stay open following this school year. Just two months ago, Hurley said the school needed to raise $550,000 by June 30. While optimistic at the time, that goal was apparently unattainable. St. Anthony is not the first catholic school in the area to close its doors due to financial trouble. St. Patrick’s — alma mater of basketball stars Kyrie Irving and Michael Kidd-Gilchrist — closed in 2012, only to be reopened later separate from the archdiocese as The Patrick School. It remains to be seen if St. Anthony would take a similar course of action, but unlike St. Pat’s, St. Anthony’s only has one NBA player in Kyle Anderson, who does not command a huge salary.    Follow Dennis on Twitter