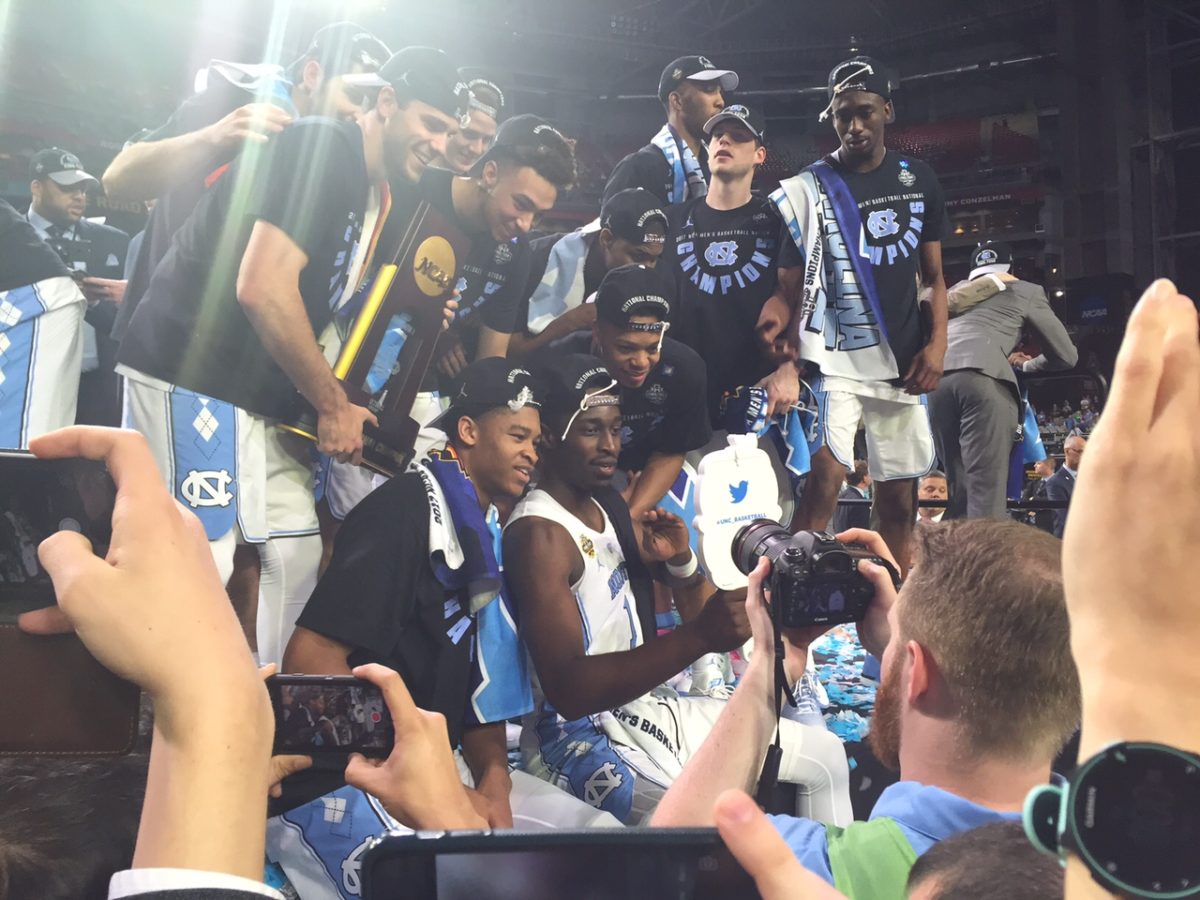 GLENDALE, Ariz. — A year ago at this time, Justin Jackson and his teammates were the losers. In heartbreaking fashion. Kris Jenkins made sure of that with his game-winning three-pointer at the buzzer in Villanova’s victory over North Carolina in Houston. “Last year we were unfortunately the team that had all the confetti coming down on us walking back to the locker room,” the junior forward said after going for 16 points, four rebounds, three assists and two steals, including a run out dunk in the final seconds to ice the Tar Heel’s 71-65 victory over Gonzaga in the NCAA championship game at University of Phoenix Stadium.

A year later, the Redemption Tour is complete for Jackson and his fellow Heels, who made sure that coach Roy Williams won his third NCAA championship to join a select group of only five other men. “This year we’re the team with the confetti falling on us and we’re up there on that stage, and it’s an absolutely amazing feeling,” Jackson said. He added: “It’s a storybook ending.” Jackson spoke to a crowd of reporters with a part of the net attached to his backwards-turned baseball cap. “That’s probably the best net that I’ve ever felt in my life,” he said. “And to be able to put that in my hat and have this type of hat on right now it’s great.” Jackson and teammate Kennedy Meeks made the All-Final Four team, as did Gonzaga’s Nigel Williams-Goss and Zach Collins. North Carolina point guard Joel Berry was named the Most Outstanding Player after going for 22 points and six assists. He became the first player to score 20+ points in back-to-back championship games since Bill Walton in the early 1970s. Walton was courtside for this game. “I’m proud of Joel, coming off a game where I think he shot 2-for-14,” Jackson said,a dding that he texted Berry on the bus with words of encouragement. “Go play the way we came here to play,” Jackson told him. “And I can’t say any words to describe how happy and proud I am of him.” If this was indeed Jackson’s last game as a Tar Heel, it certainly was a storybook ending. He’s the projected No. 12 pick in the NBA Draft by DraftExpress.com, and his length, poise, ability to score in a variety of ways and commitment to defense should be appealing to NBA teams. Jackson has 237 points in his NCAA Tournament career, tied with Sam Perkins for second-most in North Carolina history, per ESPN. “I still got another year,” Jackson said, “and we’ll see whenever that time comes.”