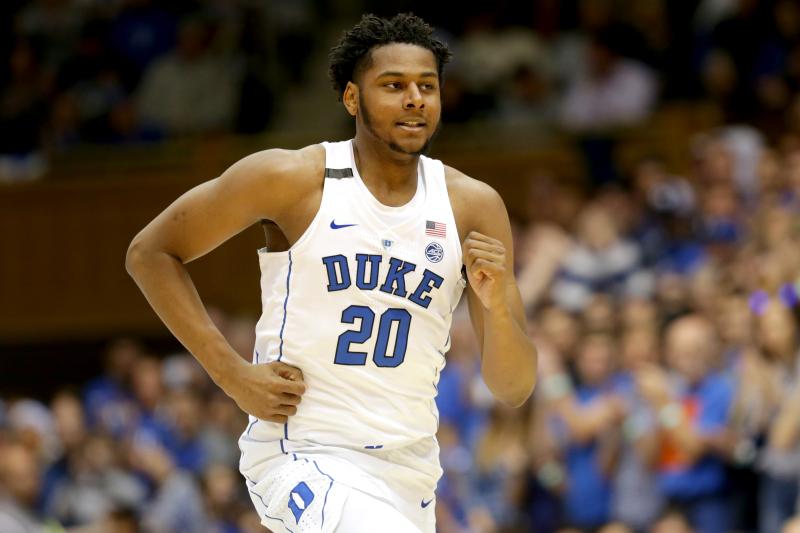 Despite speculation about the future of rising sophomore Marques Bolden, he will return to Duke for his sophomore season, the school confirmed Monday.

“I’m excited to announce that I’ll be returning to Duke for my sophomore year,” Bolden said. “I have unbelievable support from my family, teammates, and coaches. I’m ready to get to work for next season and I’m excited for what should be a great year for our program.”

In 24 games as a freshman, Bolden averaged 1.5 points and 1.1 rebounds. He missed the first eight games of the season with a lower leg injury and was sidelined due to illness during the 2017 NCAA Tournament.

“We’re thrilled that Marques will continue to be part of our program,” Coach [Mike] Krzyzewski said in a statement released by the school. “In addition to being a talented basketball player, he’s an outstanding young man from a great family. It’s unfortunate that his freshman season was impacted by injury, but he has an opportunity to have a great summer and a special sophomore season.”