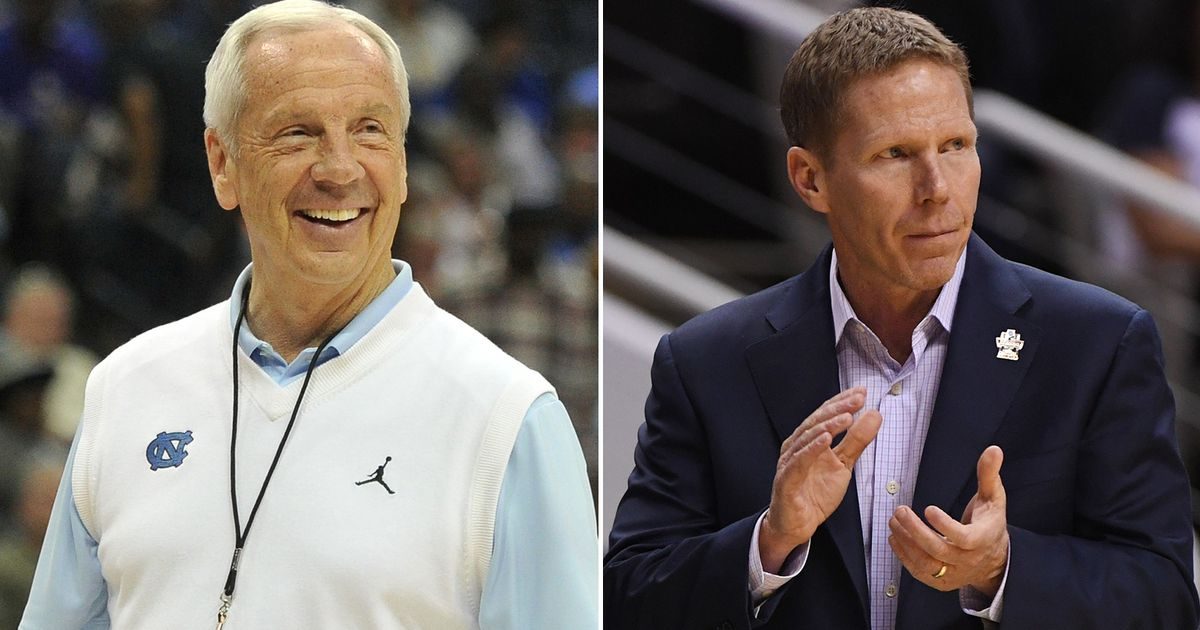 By DENNIS CHAMBERS GLENDALE, Ariz. — The NCAA championship game on Monday night at University of Phoenix Stadium is the final game of the college basketball season and represents a very different set of opportunities for coaches Roy Williams and Mark Few. For Williams, this chance at being crowned national champion will be his sixth, and a year ago was his fifth. The Hall of Fame coach owns two national titles to his name, and should he win Monday he’ll become the sixth coach in college basketball history to capture three championships. That group includes John Wooden (10), Mike Krzyzewski (5), Adolph Rupp (4), Jim Calhoun (3) and Bob Knight (3). Few’s opportunity represents essentially the exact opposite of Williams’. The man who built Gonzaga into the NCAA Tournament mainstay that they are recognized as today will patrol the sidelines in Glendale Monday night as a national championship game neophyte. Despite making the Big Dance every season during his 18-year coaching tenure at Gonzaga, Few is entering unchartered waters. The stark contrast in this season’s edition of coaching matchup in the national championship is no news to Few either, he flat out acknowledges it. “Coaching,” Few said when asked what was the biggest difference between Gonzaga and North Carolina. “Start with that. I mean he’s been in this game, like, 17 times and this is the first for me. So definitely start with that. Probably end with that.” Along with admitting his disadvantage in experience when it comes to coaching in title games, Few conceded that his career is where it is at today basically because of Williams. “I’ve always followed Roy’s teams,” Few said. “My first five, gosh, all the way into Turiaf years, maybe, you’ve got to help me on that saying, you wordsmiths out there — imitation is the greatest form of flattery or whatever … We called it the Kansas break. I ran the Kansas break for my first seven years. Their whole transition deal. I just copied it, boom. And that’s all we did through our early years, just because I had so much respect for Roy.” While referring to Few as a dear friend of his, this head-to-head matchup is the last thing Williams wanted to deal with heading into his latest shot at college basketball glory. “Probably really more stressed about Mark because he’s had such great teams and came so close,” Williams said about potentially facing Gonzaga at the beginning of Final Four week. “And I think that it was just so satisfying for Gonzaga to get there.” For all of the experience and guidance Williams has offered Few over the years, when their respective teams take the court Monday night for all the marbles, Williams isn’t convinced his five previous title game appearances will matter all that much. “You know, on game night kids gotta play,” Williams said. “That’s the bottom line. I’ve never won a game from the bench. I may have lost some, but I know I’ve never won one.” Williams respects the job Few has done over nearly the last two decades. He applauds him publicly for it. Despite becoming the 11th coach in Division I history to pass the 800 career wins mark this season, Williams believes the better of the two coaches Monday night will be staring down the sidelines at him. “I think that he’s done a better job coaching and their team has done consistently a better job throughout the entire season than anybody else,” Williams said. “They’re 37-1, is that correct? I know they only had one loss.” Throughout the course of the season, Few claims to have watched North Carolina play 15 times because when it comes to Williams, Few says, “I’m a fan of his.” On Monday night, Few will get the opportunity to watch the Tar Heels for the 16th and final time this season, with a career-defining moment on the line for him and his dear friend.   Photo: SportSpyder.com  Follow Dennis on Twitter