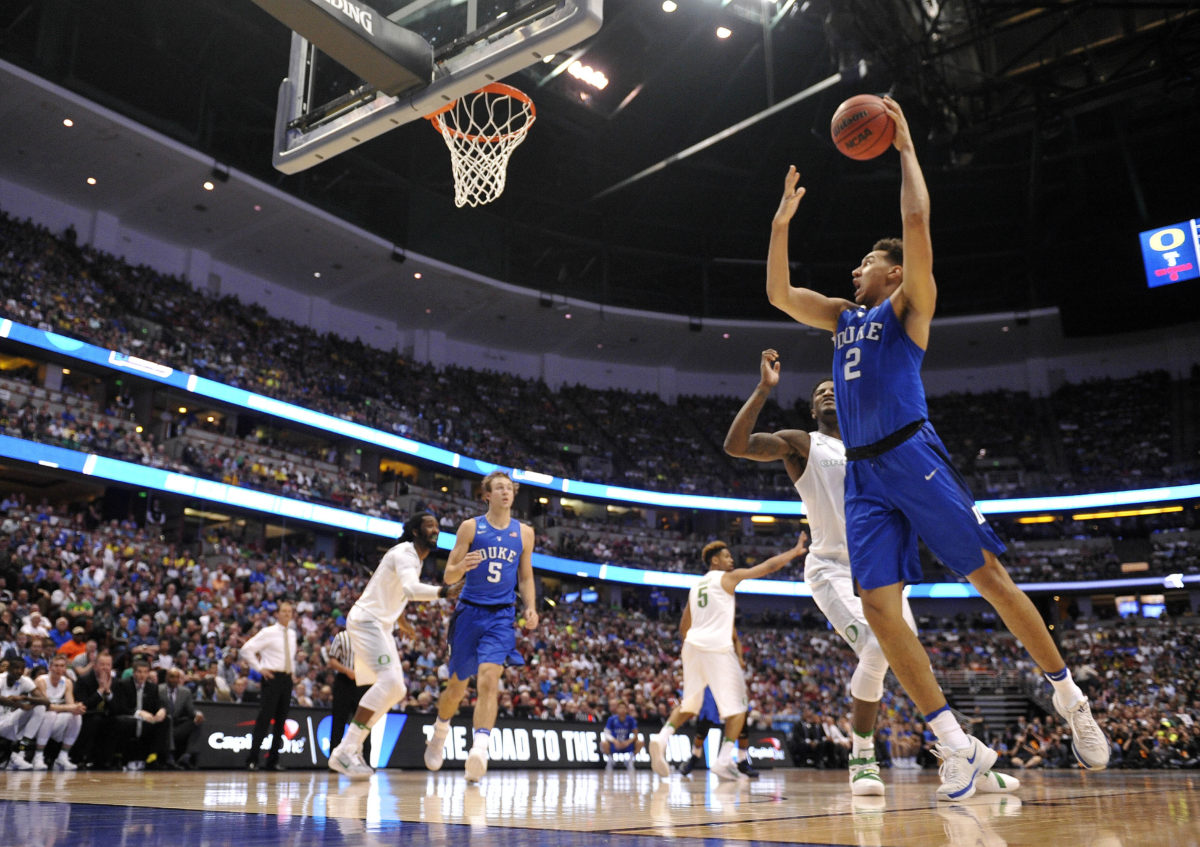 Sophomore big man Chase Jeter will transfer out of Duke University at the end of the 2017 spring semester, the school announced. Jeter will depart Duke in good academic standing and is expected to transfer to another Division I institution.

“Chase has been an outstanding young man in our program for the last two years,” Duke head coach Mike Krzyzewski said. “He has been one of our top academic performers since he arrived on campus. Unfortunately, he was held back this season due to injury. We wish nothing but the absolute best for Chase and his family.”

Freshman Jayson Tatum announced Wednesday he will declare for the NBA Draft.

He played in 48 games in a Duke uniform, helping the Blue Devils achieve a 34-14 record in those contests. Jeter finished his Duke career with averages of 2.1 points and 2.2 rebounds in 10.3 minutes per game.

“I have loved my time at Duke, getting a world-class education and competing alongside my brothers every day,” Jeter said. “After careful consideration, I decided it would be best for me to transfer to a school closer to home. I’ve made long-lasting relationships here and I want to thank my teammates and coaches for the support they’ve given me over the last two years.”