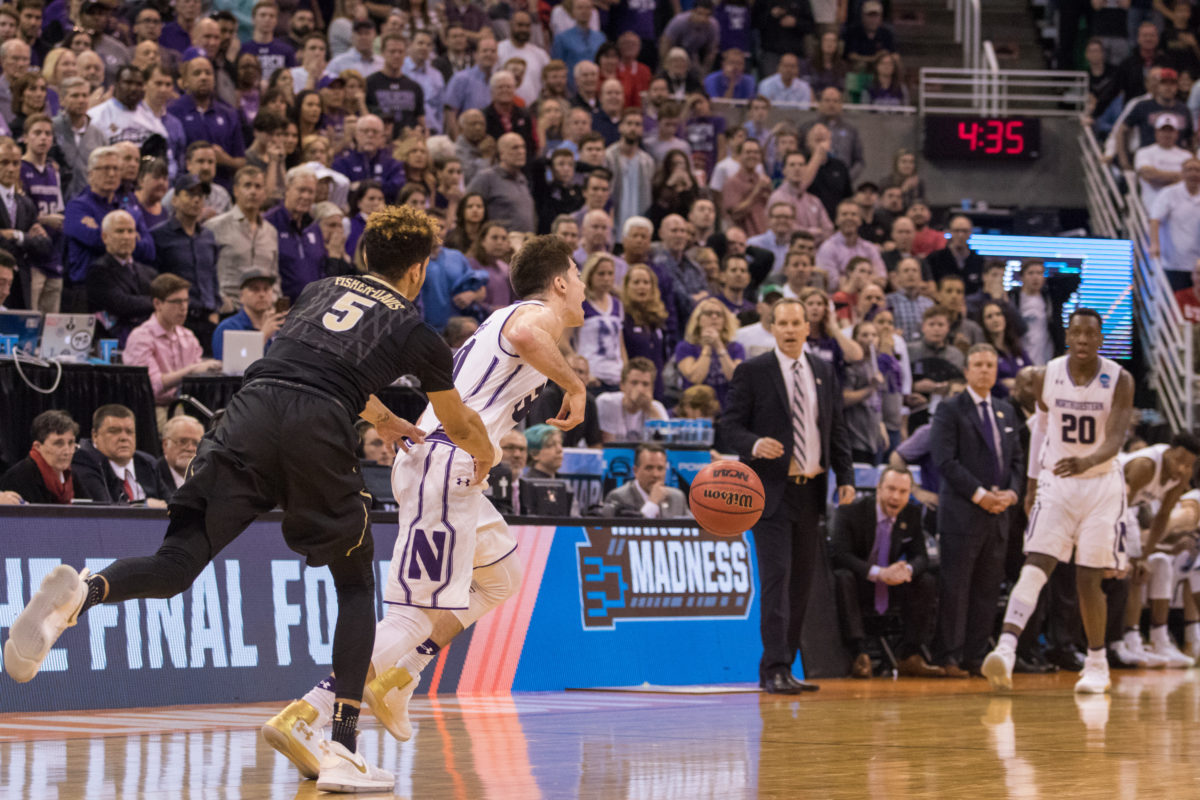 By: MIKE McCURRY Vanderbilt’s Matthew Fisher-Davis was brilliant for the better part of 40 minutes on Thursday, but all that will be remembered is how his mental lapse aided Northwestern in the program’s first-ever NCAA Tournament victory. Ninth-seeded Vanderbilt clawed all the way back from a 15-point deficit, taking a one-point lead on a Riley LaChance layup with 17.8 seconds remaining in a thrilling first-round matchup. That’s when Fisher-Davis, who scored 14 of his team-high 22 points in the second half, committed an imprudent blunder that even Chris Webber was probably disturbed by.

Vandy with the late go-ahead bucket! And then… the… foul????? pic.twitter.com/qDI1ANU3NC

It turns out Fisher-Davis thought the Commodores were down one at the time rather than up one, causing him to misinterpret the reason for head coach Bryce Drew pointing at Northwestern’s Bryant McIntosh. Hence, the junior guard was under the impression that Vanderbilt needed to foul in order to extend the game, when in reality they were one defensive stop away from advancing in the West region. “I saw him point at [McIntosh], but he was just telling me to pick him up [and guard him],” said Fisher-Davis. “And then I committed a dumb foul. You gotta be smarter than that in that situation.” McIntosh, an 86 percent free throw shooter who led all scorers with 25 points on 10-of-16 shooting, proceeded to knock down both freebies to give 8th-seeded Northwestern a one-point edge.

Elaine Benes is fired up. pic.twitter.com/HhrDudIuhi

LaChance missed a three on the ensuing Vanderbilt possession before Northwestern’s Sanjay Lumpkin added another free throw for good measure, giving the Wildcats a 68-66 win and a second-round date on Saturday with No. 1 Gonzaga. The NCAA Tournament, which dates back to 1939, never included Northwestern prior to this year. Now that the Wildcats are here, with a gift-wrapped inaugural victory under their belts, there’s no telling when the music will stop, signaling the end to their first Big Dance. It’s just a shame that Fisher-Davis’ gaffe will forever be associated with Northwestern’s arrival on the grand stage. “Those things happen,” McIntosh said. “You kind of feel bad for him.”

Northwestern now has a perfect 1.000 winning percentage in the NCAA Tournament pic.twitter.com/thyqwzRvlp