No. 18 Duke Outlasts No. 8 UNC in Tobacco Road Rivalry Behind Grayson Allen’s 25 Points 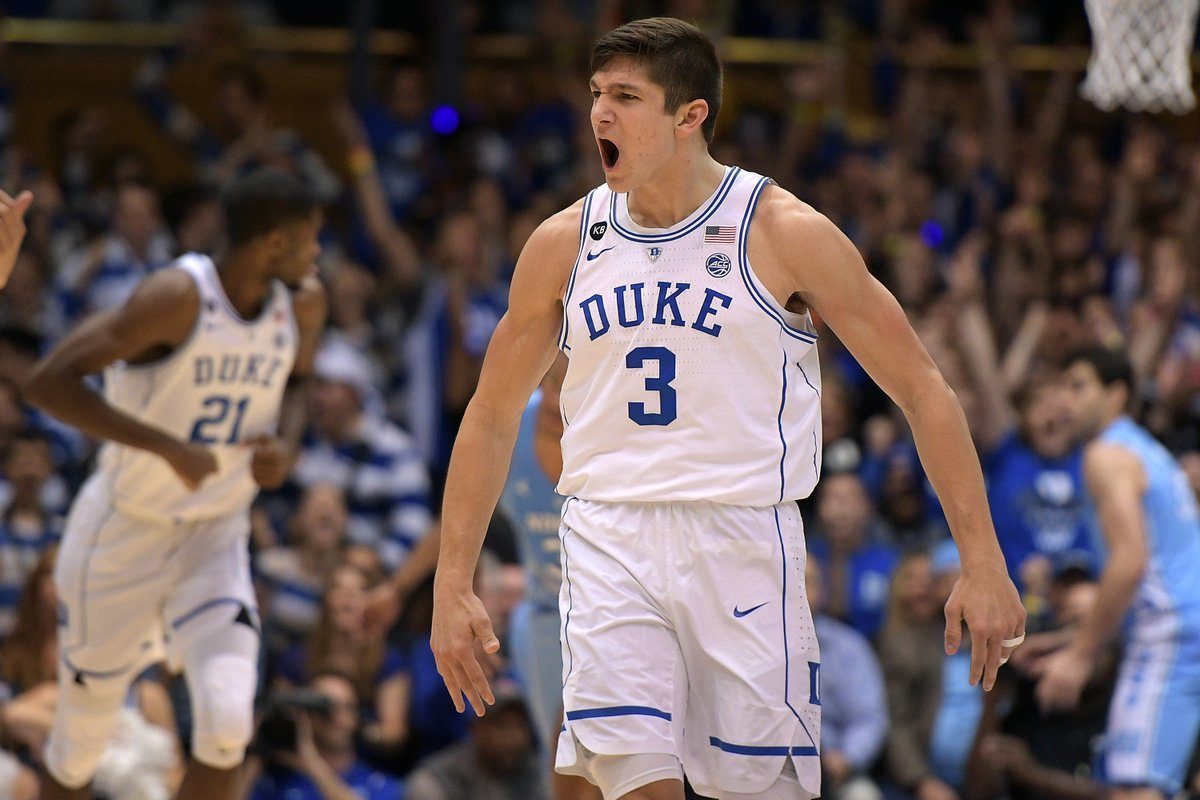 By MIKE McCURRY That the 243rd all-time meeting between Duke and UNC turned into an instant classic and exuded a late March feel was an inevitability. After all, entering Thursday, the Blue Devils and Tar Heels had split their last 96 meetings dating back to 1977, with each team scoring exactly 7,437 points head-to-head over that span. Behind 25 points from Grayson Allen, who matched a career-best with seven made three-pointers, No. 18 Duke outlasted No. 8 UNC, 86-78, at Cameron Indoor Stadium. Luke Kennard added 20 points for Duke, which has won five of the last six in college basketball’s fiercest rivalry. Jayson Tatum, who looked like a deer in the headlights offensively for much of the first half, scored all 19 of his points in the second half–including a nasty dunk over Kennedy Meeks.

Roughly an hour before tipoff, it was announced that UNC forward Isaiah Hicks was scratched due to a strained left hamstring suffered during Wednesday’s practice. The Tar Heels hung strong despite losing out on Hicks’ 13-point, 6-rebound nightly average, as Justin Jackson dropped 21 points on 8-of-13 shooting while Joel Berry II overcame a rough start to finish with 15. The story of the game, however, was clearly Allen.

The preseason All-American appears to have finally put the tripping incidents behind him. He was locked in right from the get-go, with his lone blemish being that he fouled out with 1:02 to play. Allen is averaging 21.5 points over Duke’s four-game winning streak, converting on 20 of 41 three-point attempts (49 percent) during this red-hot stretch. The 6-foot-5 guard’s heroics on Thursday adds some serious intrigue to the race for the ACC regular-season title. UNC drops to 9-3 in league play with the loss, sliding the Tar Heels into a first-place tie with Florida State. Virginia is next at 8-3, Syracuse is 8-4, and Duke and Louisville are both 7-4. The Tobacco Road rivalry resumes on March 4th, when Duke travels to UNC in the final regular season affair for both teams. Photo: @ESPNU Follow Mike on Twitter Follow Adam Zagoria on Twitter And like ZAGS on Facebook