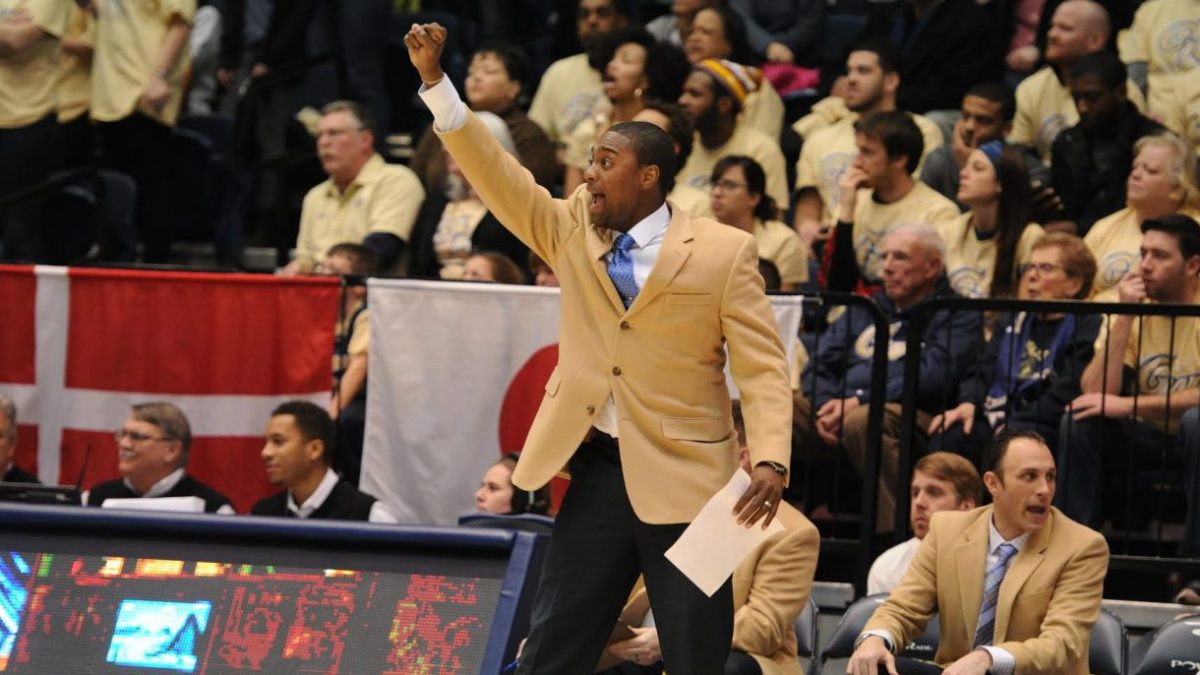 WASHINGTON, D.C. — There is no such thing as a moral victory, but George Washington’s interim head coach Maurice Joseph seemed pleased with his team after a crushing 54-53 loss to VCU at home on Wednesday night.

“I’m really proud of how they followed the game plan and executed it well,” he said. “Couldn’t have asked for more.”

The solidly favored Rams made the two-hour drive up from Richmond to GW’s Charles E. Smith Center to meet their A-10 rivals. For the second game in a row, they miraculously emerged victorious after watching their opponent hit a go-ahead three and leave 0.4 seconds on the clock.

“We’ve got a flair for the dramatic,” head coach Will Wade said after the game. “Give our guys credit, we didn’t have our best stuff tonight and we dug it out and we escaped.”

GW did a tremendous job of competing with a talented visiting opponent. The Colonials led for most of the first half and played confidently throughout a tightly-contested second half where both teams continuously traded leads. At the end, it seemed like the win was theirs.

Down two, the Colonials grabbed a defensive rebound with ten seconds left. Point guard Jair Bolden took the ball up the court and found Jaren Sina to his right on the perimeter. After using a few pump fakes and getting a second defender to bite, Sina sent it to Yuta Wantanabe in the corner and he drained what appeared to be the game-winning three.

The buzzer sounded and the crowd roared while the dance team took the floor for a celebratory performance, but they were quieted and sent back as the referees reviewed the play and put 0.4 seconds back on the clock. Even so, victory seemed imminent.

Until VCU drew a foul call on the ensuing inbound play.

Looking to send a long pass down the full length of the court, junior forward Justin Tillman sprinted across the baseline to gain some space from his defender, 6-foot-11 center Collin Goss. VCU senior JeQuan Lewis tried to screen Goss, who charged into Lewis, knocking him down and leading to a foul.

“The screen there is usually to go around it so we can free the passer. We’d much rather have what happened,” Wade said with a smile.

Lewis, who missed the front end of a one-and-one right before Wantanabe’s go-ahead three, hit both free throws to give VCU the win.

Still, it was hard for him to dwell on the disappointment with so many positive takeaways from his team’s performance.

“I was extremely impressed (by my team),” he said. “We guarded our tails off the entire game. We hit big shots.”

Joseph took over as interim head coach following the sudden firing of Mike Lonergan in September—two weeks before the first practice of the season—following an independent investigation of his behavioral issues. The Colonials won the NIT Championship in 2016.

Originally seen as a stopgap option, Joseph is making a very strong case to hold on to the job. Despite the tumult surrounding the start of its season, and an injury to key contributor Patrick Steeves in the middle, this fairly young GW team has some solid wins, including UCF, Davidson, Temple, and Harvard, the latter two on the road.

Wednesday night’s performance proves the Colonials are much better than they were the start of the season.

“They’ve improved dramatically,” Wade said. “Coach Joseph’s done a wonderful job with the team. He’s changed the scheme, he’s running more ball screens and ducking in and keeping those bigger guys…they’re versatile…big, physical. They caused some problems for us.”

The emergence of freshman Jair Bolden, who finished with 13 points, has helped this team reach new heights as well. He’s a true point guard who can both score and facilitate.

Despite the setback, the future for this team is bright. The Colonials will be a tough out the rest of this season, especially at home.

“They had a wild crowd tonight,” Lewis said. “Their student section was phenomenal. They came out ready, they were really confident… In this game they were being the aggressor.”

Next year could be better, but we don’t yet know who will be coaching.

The win ties VCU for first in the A-10 standings with Dayton, who the Rams beat two weeks ago at home. The re-match will take place on March 1st in the penultimate game of the season for both teams.