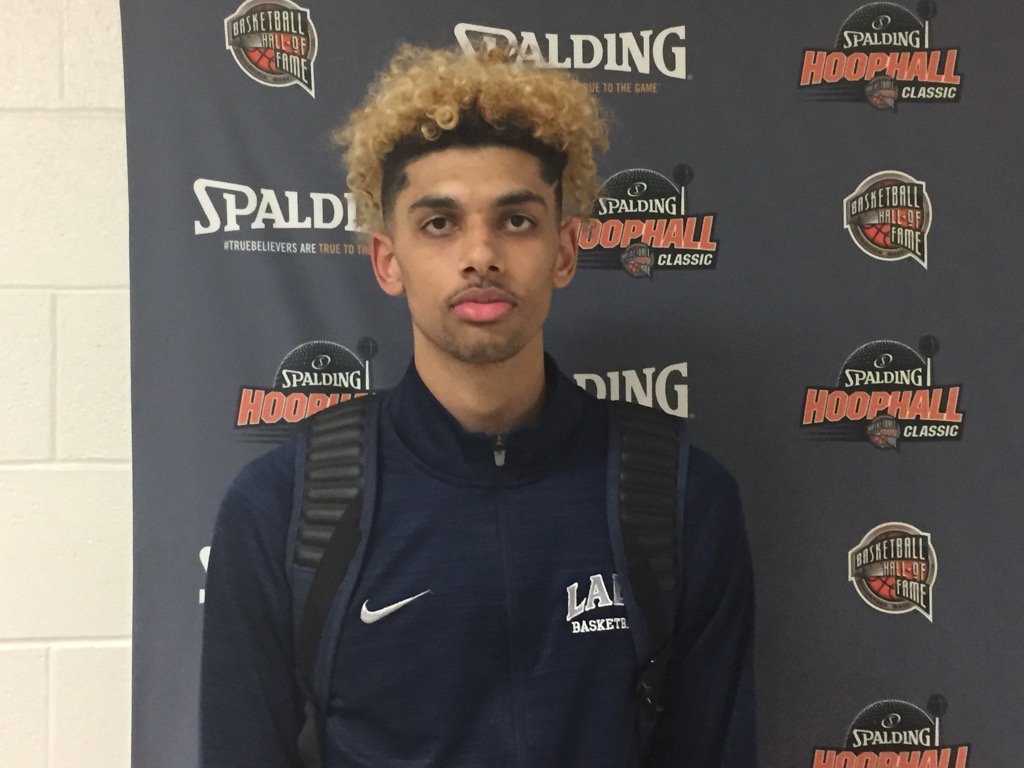 By ADAM ZAGORIA & DENNIS CHAMBERS SPRINGFIELD, Mass. — La Lumiere School (IN) small forward Brian Bowen is nearing his college decision. The five-star recruit and No. 13 ranked player in ESPN’s class of 2017 will take an official visit to Michigan State at the end of the month, and then make his decision shortly after. (Bowen initially planned to take an unofficial visit.) The Spartans have a matchup on Jan. 29 against in-state rival Michigan when Bowen will take his visit. Bowen’s final five schools include Arizona, Creighton, North Carolina State and Texas to go along with Michigan State. “Whenever I get that gut feeling on exactly where I want to go to school,” he said of a commitment timeline after scoring 18 points as No. 1-ranked La Lumiere fell to Marvin Bagley and Sierra Canyon (CA), 76-74. “Once I take this visit to Michigan State at the end of the month, right after that is when I’ll be making my decision.”

He broke down all five schools on Monday: Arizona: “It’s really a wing program. Coach [Sean] Miller is a soon-to-be Hall of Fame coach, I’d say. They really stress the wing factor among guys who got to the NBA, Stanley Johnson is one of those guys. They’ll come in and just make the best of me, how they’ve done for Allonzo Trier, how they’re doing it for Rawle [Alkins] and Kobi Simmons as well, so I can go in there and score the ball.” Bowen said it’s also appealing to potentially join a class that features DeAndre Ayton and Brandon Randolph. “Oh it really is appealing. I think it could be a national championship team, that’s what they’ve said as well. DeAndre’s been calling me a lot, really trying to get me out there, really stressing it.” Creighton: “They’re an upcoming program. They’re great this year. Coach [Greg] McDermott, he’s a great guy, they have a great staff. The atmosphere is amazing. I could just go in there and facilitate and do all the little things that I do and go from there.” Michigan State: “They’ve been recruiting me for a long, long time. Coach [Tom] Izzo is a Hall of Fame coach, so I love that school. They want me to get down there for an unofficial as well. They really stress the home factor, just coming in there and being the man, how Miles [Bridges] is as well.” N.C. State: “[The official visit] went great. Coach [Mark] Gottfried has been recruiting me for about four or five years now. I had a great visit. I played with [freshman guard] Markell Johnson, I had a great time there. Coach Gottfried, they had a whole plan for me for when I go there, as well as they had for Dennis [Smith], so it was good.” Texas: Newly committed Longhorn point guard, Matt Coleman, is in the process of swaying Bowen to join him in Austin according to the 6-foot-7 wing. “Yeah, he’s been texting us pretty much every day, so now he’s even going to be texting us even more to ask about Texas.” Asked if Coleman committing impacts him, Bowen said, “Oh yeah, it’s really appealing. They really need a point guard. Matt’s a great point guard, I played with him at camps and everything. He’s a great guy off the court so that really is appealing.” As for the school’s pitch, he said, “They really need a guy to score the ball. They really need a guy just to be a little bit of everything. Coach [Shaka] Smart is a great guy. They had one of the hardest practices I’ve ever seen, so guys are really getting better down there.” He added: “Two of my former teammates [James Banks and Eric Davis] are down there so they’ve been calling me as well. It’s a great staff, Coach Shaka, they’ve been really stressing that they really want me to get there.”   Follow Dennis on Twitter Follow Adam Zagoria on Twitter And like ZAGS on Facebook