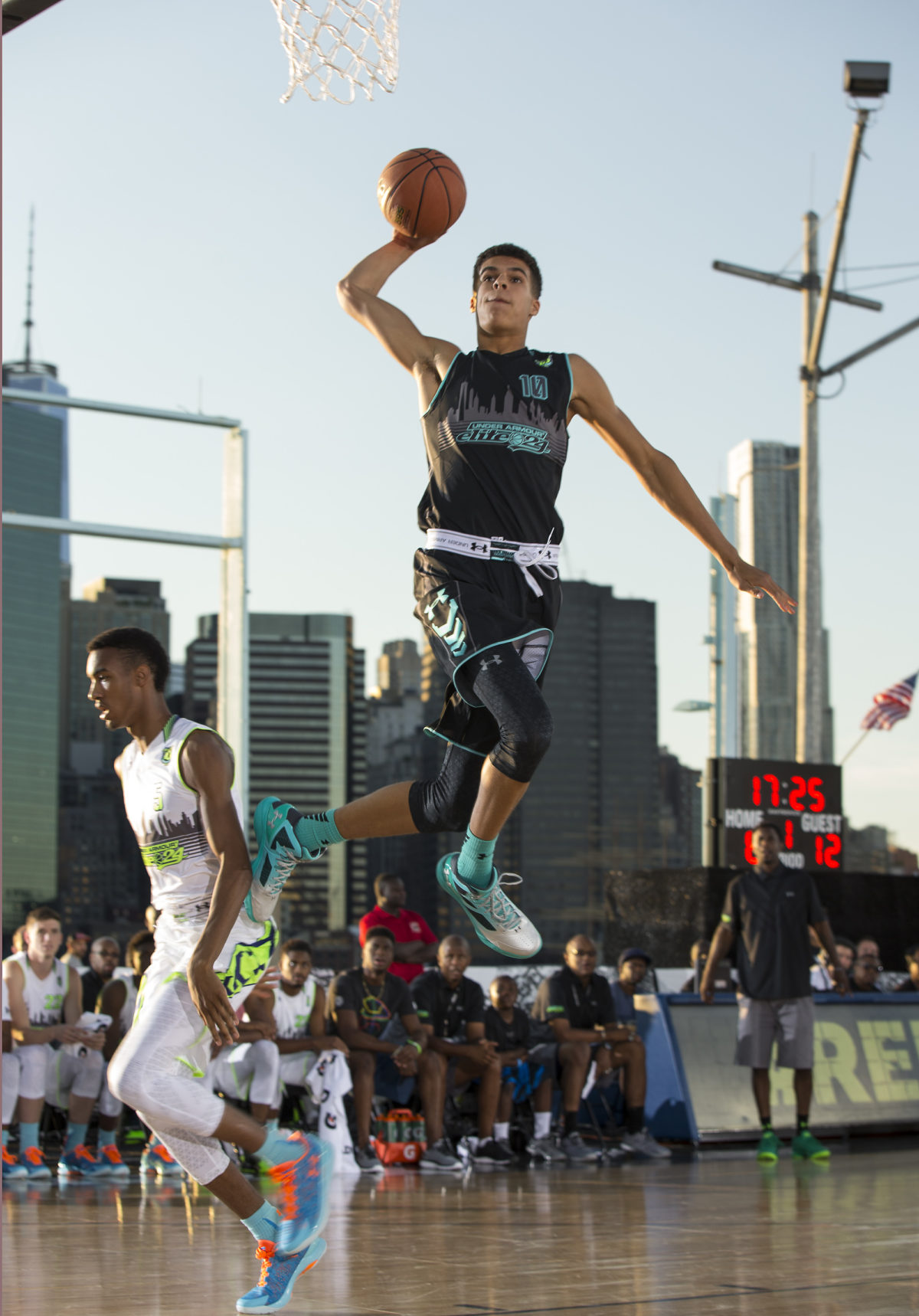 SPRINGFIELD, Mass. — The University of Washington could get a double-dose of the Porter Brothers next fall. Jontay Porter, a 6-foot-9 junior forward and the younger brother of McDonald’s All-American Michael Porter Jr., is considering reclassifying and enrolling at Washington in the fall to play alongside his brother. “Yeah, I was thinking about it, it’s not a done deal or anything,” Jontay told ZAGSBLOG following Nathan Hale’s 80-77 win over Oak Hill Academy at the Hoophall Classic. “We’re just weighing out the options.” The younger Porter committed to Washington, where their father, Michael Porter Sr., is an assistant coach under Lorenzo Romar, for the Class of 2018 but said he is academically qualified to play beginning in 2017. “Yeah, with my schoolwork I’d be fine,” he said. He said the decision won’t happen for a while. “When me and my mom and dad just sit down and have a conversation on the pros and cons of doing it and we just kind of weigh it out,” he said. The 6-10 Michael Porter Jr. went off for 36 points in the win, while Jontay had 13 points and 7 rebounds in the win. After the performance, Michael told ESPN’s Jeff Goodman he was “50/50” on playing with his brother in college, meaning he might stay for his sophomore season. But Michael is a projected lottery pick in the 2018 NBA Draft by DraftExpress.com, and has already inspired Tank Slogans like “Put your house in disorder for Michael Porter” and “Skip the fourth quarter for Michael Porter.” Thus it seems more realistic that they might play together in 2017-18.

Michael Porter Sr. said Michael wants it to happen. “He’s trying to get us to enroll Jontay early,” Michael Sr. told ZAGSBLOG. “We’ll talk about it. I’m not sure it’s a good thing for Jontay just because Jontay’s game, every time Michael’s moved on to something else and Jontay’s left behind and was on the same team, his game has taken a jump because he defers to Michael so much and he’s Michael’s biggest fan.” Michael Sr. said “they will probably bring it up sometime in the summer.” “One, getting in there early and getting my body right and improving my game with the college coaches, trying to get ready for the league,” Jontay said of the advantages for him. “And I feel like I play better when Mike is on the court so that would be another reason.” How much damage could they do together? “I think we could definitely make the Final Four, maybe even a national championship, if we have all the pieces like Blake [Harris], Daejon Davis, Jaylen Nowell and Mike and I think if I was there we could do a lot of damage.” And like ZAGS on Facebook