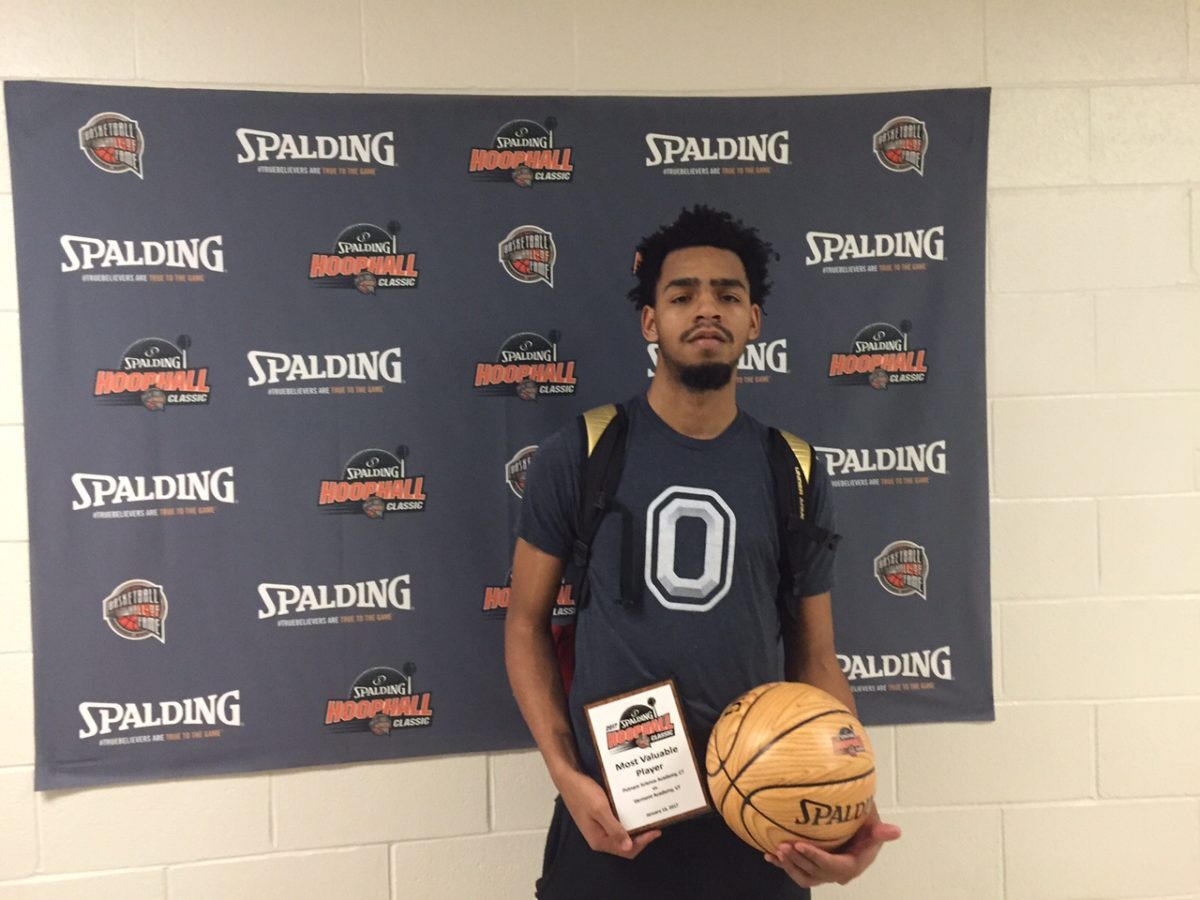 SPRINGFIELD, Mass. — Eric Ayala has now become the alpha dog for Putnam Science Academy (CT) after Hamidou Diallo left early to enroll at Kentucky. Sans Diallo, Ayala went for 20 points, 6 rebounds and 5 assists en route to MVP honors as Putnam held off Vermont Academy, 81-79, on Sunday at the Hoophall Classic. “I’ve always been a leader,” he said. “I have to be more of a vocal leader [without Diallo], making sure my teammates are in the right spot. And then off the court, I’m just trying to build relationships with my teammates.” The 6-foot-5 Ayala listed Kansas, Arizona, Maryland, UConn, Syracuse, Louisville, Indiana, Texas and N.C. State among those recruiting him.

He has the option of reclassifying to 2017 from 2018. He takes the SAT on Saturday and plans to take the ACT in February. “Most schools are recruiting me 2018, but they’re willing me to take me in 2017 if I feel like I’m ready and I have everything in place to go 2017,” he said. Ayala said “only a handful” of schools are recruiting him for 2017. “Syracuse, now UConn is recruiting me a little bit for 2017,” he said. “There’s a few other schools. Everybody knows about Syracuse and they’re situation. I’m willing to do whatever’s best for me.” UConn went three deep with head coach Kevin Ollie and two assistants, and Syracuse associate head coach Mike Hopkins was also on hand. “That’s a good place to be,” he said of UConn, which he has visited “a few” times. “It’s right up the street from my school, so it’s right there. I get to watch some games so I’m definitely familiar with the program.” Ayala says he won’t make a decision on reclassifying until after the season. “It’s still up in the air right now, I’m still trying to get through this high school season,” he said. “We got a new team, everything’s new with Hamidou leaving so I’m just trying to adjust myself to my team and be more of a leader right now.” He added: “Just where I’m at at the moment, after the high school season where I feel and where my body’s at. And where I’m at mentally, if I feel ready. I know physically I can play, but I’m not sure mentally if that’s a step I want to take.” Ayala considers Diallo “a big brother,” so with Diallo enrolling in college early, does that influence Ayala? “We talk about it, but we’re going down two different paths,” he said. “That was the best decision for him and I just gotta make the best decision for me at the end of the day.”