Jalen Brunson Leads No. 1 Villanova to Road Win Over No. 10 Creighton 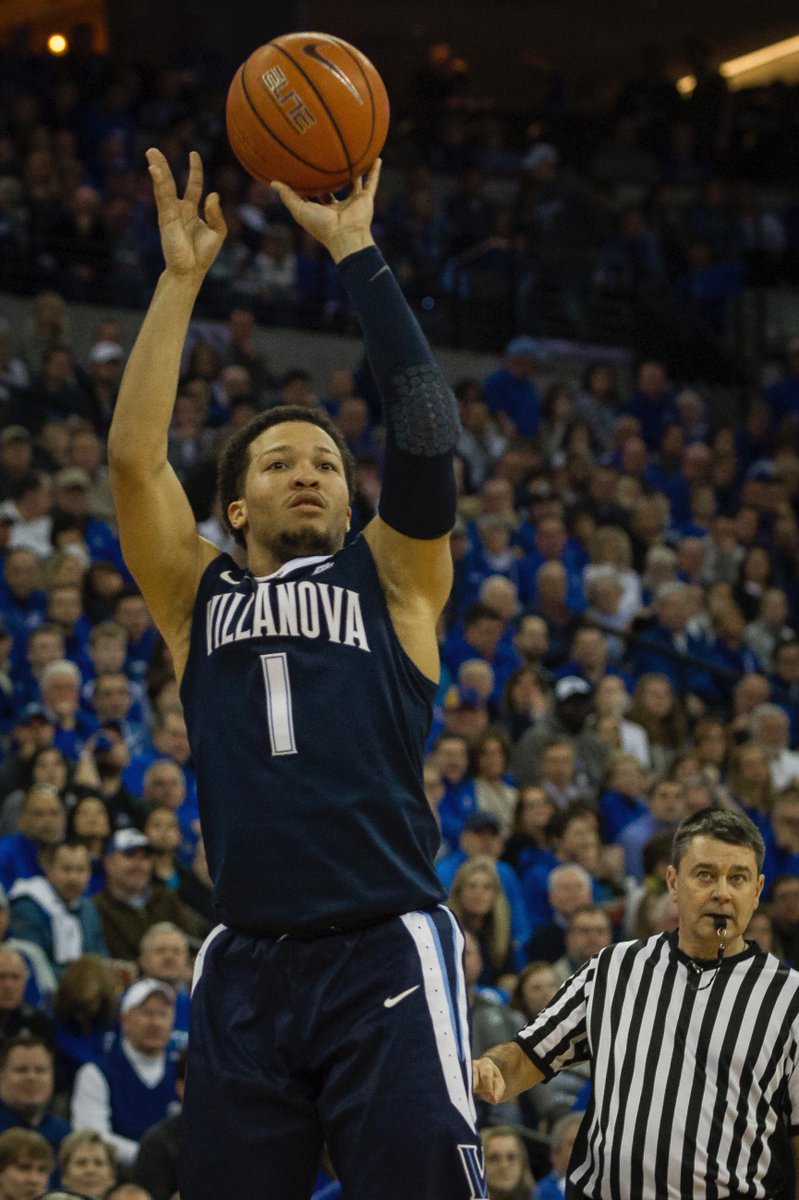 By MIKE McCURRY   And then there were three. With No. 1 Villanova’s 80-70 road win at No. 10 Creighton on Saturday, the Wildcats not only extended their winning streak to 20 games but also removed the Bluejays from the ranks of the unbeaten. That leaves just three undefeated teams remaining in college basketball this season: Baylor, Gonzaga, and Villanova, whose 14-0 start is the best in program history. But wait, there’s more: Villanova finished the 2016 calendar year with a 38-3 record. If that seems like a win total you’ve never seen before, it’s because it is.

FINAL: Villanova 80, Creighton 70. The Wildcats finish the calendar year with a 38-3 record. Nobody has ever won more in a calendar year.

The immediate takeaway from this one is that Josh Hart, who finished with 18 points on 7-of-11 shooting to go along with ten boards, is not Villanova’s lone closer. Jalen Brunson is just as capable as Hart, the leading candidate for National Player of the Year, at providing daggers. Brunson dropped a career-high 27 points on Saturday, an All-Big East type performance that included five three-pointers, also a personal best for the sophomore. In what was shaping up to be an epic Top-10 tilt, Creighton’s Isaiah Zierden tied the game at 66 with a three-pointer at the 4:47 mark. From then on, the Bluejays made just one of their final seven field goal attempts, as Villanova ended the game on a 14-4 run. Hart and Brunson scored six points apiece over that clinching spurt.

Villanova has not lost since last year’s Big East championship versus Seton Hall. And to think, the Wildcats aren’t even at full strength, between five-star freshman Omari Spellman ruled ineligible for the entire season and Phil Booth having missed the last 12 games with left knee inflammation. Photo: @NovaMBB Follow Mike on Twitter Follow Adam Zagoria on Twitter And like ZAGS on Facebo