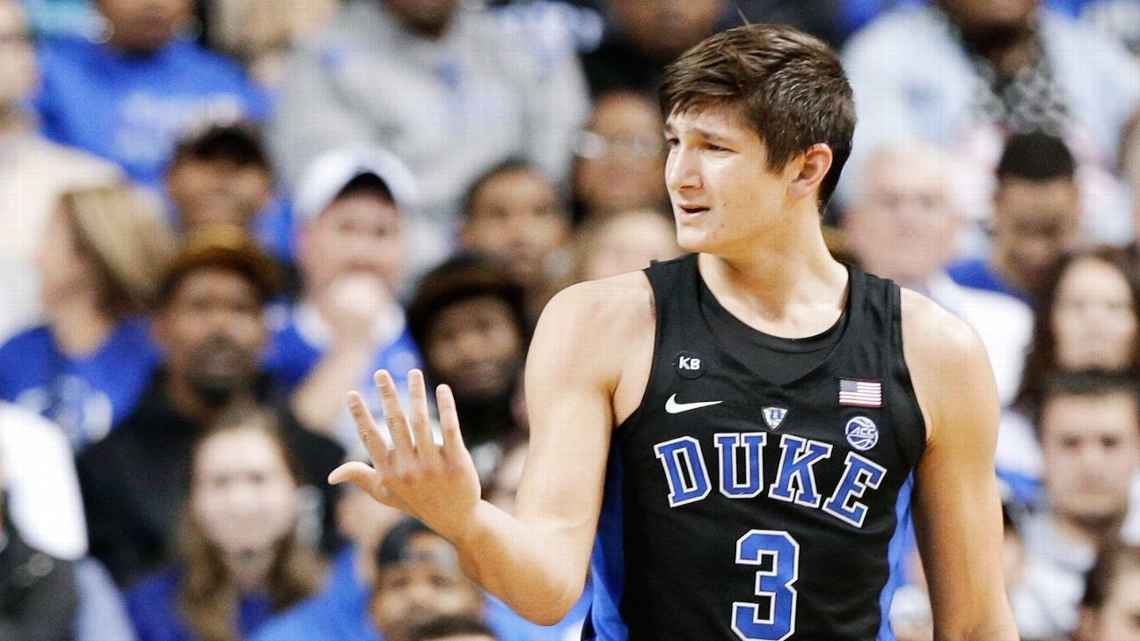 By MIKE McCURRY In Duke’s first game since Grayson Allen was indefinitely suspended for another tripping incident, it turns out the Blue Devils need their ACC preseason Player of the Year and preseason All-American even more than those accolades may suggest. No. 5 Duke lost to Virginia Tech on Saturday, 89-74, in the ACC opener for both teams with Allen forced to watch from the bench. It was Duke’s first loss to the Hokies in their last 10 meetings. With No. 9 North Carolina also losing at Georgia Tech, 75-63, it marked the first time both Duke and North Carolina lost on the same day while ranked in the Top 10 since March 1, 1989. As non-competitive as Duke was for long stretches in this one, it better get used to life without Allen, who has been stripped of his captainship.

Asked when Grayson Allen might be back, K says he doesn't want to talk about that right now. Says he isn't a captain anymore, though.

The Blue Devils had just eight assists–their second-lowest total of the season–as Duke clearly missed the playmaking skills of Allen, who entering Saturday was leading the team with 3.4 dimes per game. Freshman Frank Jackson, who started in place of Allen, did not have a single assist in 24 minutes of action. Duke’s defense also suffered mightily. Virginia Tech’s 89 points and 55 percent shooting were both the highest marks by a Duke opponent this year. Luke Kennard continued to ball out. He scored 34 points on 11-of-19 shooting, his third 30-plus point performance of the season. But his teammates combined for just 41 points on 17-of-48 shooting (35 percent). Junior Justin Bibbs scored 18 points for Virginia Tech, leading six Hokies in double-figures. Photo: AP Follow Mike on Twitter Follow Adam Zagoria on Twitter And like ZAGS on Facebook

Jalen Brunson Leads No. 1 Villanova to Road Win Over No. 10 Creighton