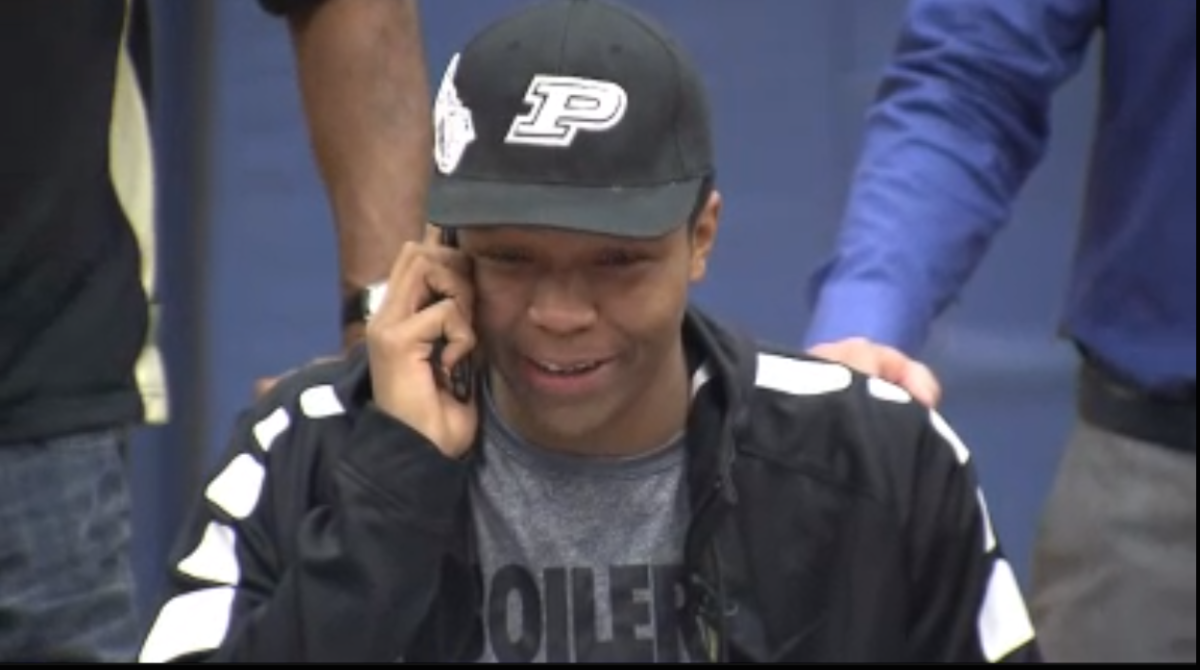 Nojel Eastern, the 6-6 point guard from Evanston Township (IL) High School, announced his commitment to Purdue on Wednesday. “I want to announce that I will be attending Purdue University,” he said at his school before signing his National Letter of Intent. Eastern chose Purdue over Michigan State, Ohio State, Seton Hall and DePaul. He joins Matt Haarms,  Aaron Wheeler, and Eden Ewing as the fourth commit in Purdue’s 2017 class. As a junior in 2015-16, Eastern averaged 14.9 points., 6.5 rebounds and 4.0 assists and led Evanston Township to a 23-6 record. Over the summer, he was one of 18 finalists for the 2016 USA Basketball Men’s U17 World Championship Team. “One thing about Nojel, he’s a great high-character guy,” Evanston coach Mike Ellis said. “He’s one of the best-character guys that I’ve ever had the opportunity to coach. I can’t say enough good things about him. And his unselfishness has got him in a position where he’s got the opportunity to be the school’s all-time winningest player for Evanston men’s basketball.” Follow Jacob on Twitter