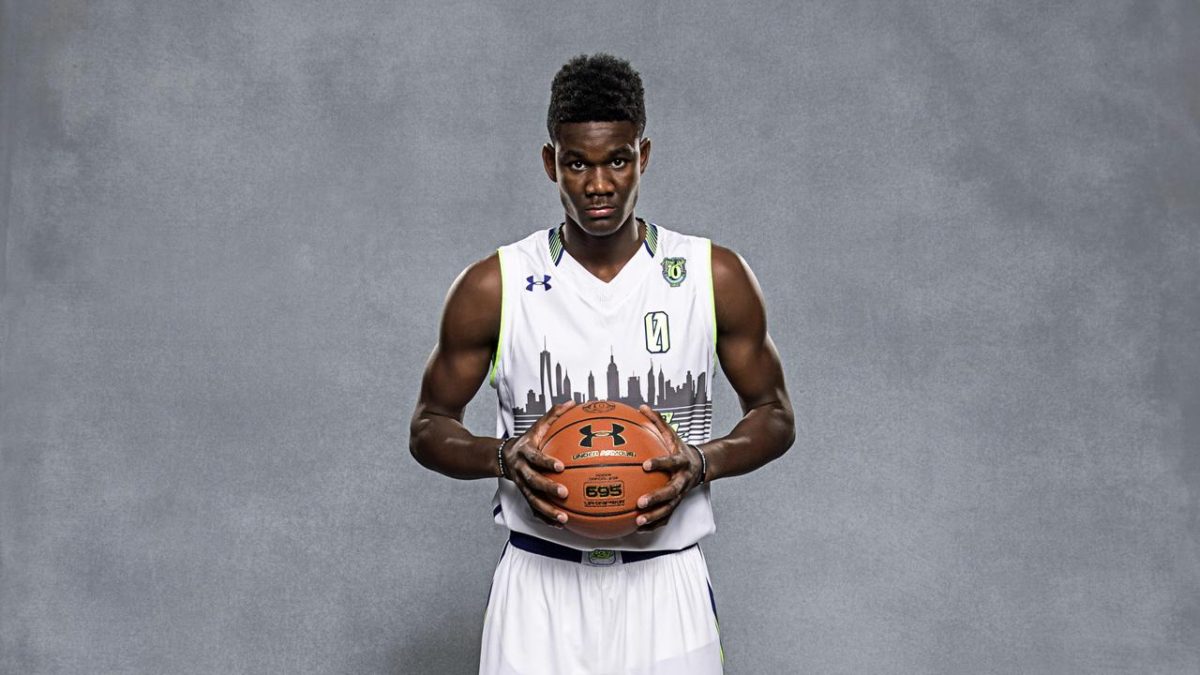 The 2018 Mock NBA Draft is up on DraftExpress.com and Arizona-bound 7-footer DeAndre Ayton is the projected No. 1 pick, followed by uncommitted 7-footer Mohamed Bamba of the PSA Cardinals and the Westtown (PA) School. Ayton, a native of the Bahamas who’s a senior at Hillcrest Prep (AZ), would be the first No. 1 overall pick out of Arizona. And head coach Sean Miller and his staff explicitly made that pitch to Ayton before he committed in September. One veteran NBA scout said then that Ayton needed to improve his work ethic going forward. “Right now going into 2018 he will be in the discussion for a Top 5 selection but his game and approach have to drastically improve,” the scout said. “He is very immature and his game currently reflects that. He is a talent but he needs to grow up physically, emotionally and mentally with his overall game.” Bamba, a Harlem native, is a sublime talent who helped the USA U18 team win a gold medal this summer, and also helped the PSA Cardinals make the Peach Jam finals. He is considering Duke, Kentucky, UConn, Michigan, Syracuse, Texas and Harvard. Luka Doncic, a 6-8 shooting guard from Real Madrid, is projected at No. 3, followed by 6-10 Atlanta (GA) Pace Academy power forward Wendell Carter at No. 4 and Washington-bound forward Michael Porter Jr. at No. 5. Seven of the projected Top 10 picks — and 10 of the top 13 — are current high school seniors, including Ayton, Bamba, Carter, Porter Jr and No. 6 Trevon Duval of IMG Academy (FL), No. 7 Collin Sexton of Atlanta (GA) Pebblebrook, No. 10 Kevin Knox of Tampa (FL) Catholic), No. 11 Hamidou Diallo of Putnam Science Academy (CT), No. 12 Lonnie Walker of Reading (PA) and No. 13 Troy Brown of Las Vegas (NV) Centennial. Ayton is the only one yet to commit to a college. The 6-6 Diallo, it should be noted, could go in the 2017 Draft, as first reported by ZAGSBLOG, but is leaning toward attending college for at least a year. He’s considering UConn, Kentucky and Syracuse, among others. *In addition to Ayton at No. 1, Arizona has sophomore forward Ray Smith at No. 26, freshman guard Rawle Alkins at No. 29 and sophomore big man Chance Comanche at No. 33. In 2017, Arizona also has sophomore guard Allonzo Trier at No. 38. **Kentucky has several players in the 2018 mock in freshman forward Sacha Killeya-Jones, No. 18 and sophomore guard Isaiah Briscoe at No. 41 and sophomore center Isaac Humphries at No. 44. In 2017, Kentucky also has freshman big man Bam Adebayo at No. 10, freshman point guard De’Aaron Fox at No. 12 and freshman shooting guard Malik Monk at No. 18. **Duke has freshman point guard Frank Jackson at No. 19 in 2018. In 2017, the Blue Devils have freshmen forwards Jayson Tatum and Harry Giles at Nos. 3 and 5, respectively, freshman big man Marques Bolden at No. 8 and junior guard Grayson Allen at No. 25. **Kansas has Carlton Bragg at No. 24. **Louisville has sophomore guard Donovan Mitchell at No. 27, sophomore forward Deng Adel at No. 31 and sophomore forward Raymond Spalding at No. 32. **North Carolina freshman big man Tony Bradley at No. 22 and junior small forward Theo Pinson at No. 50. **Georgetown has junior small forward L.J. Peak at No. 37 and junior power forward Isaac Copeland at No. 46. Sophomore center Jessie Govan is also No. 30 in 2017.