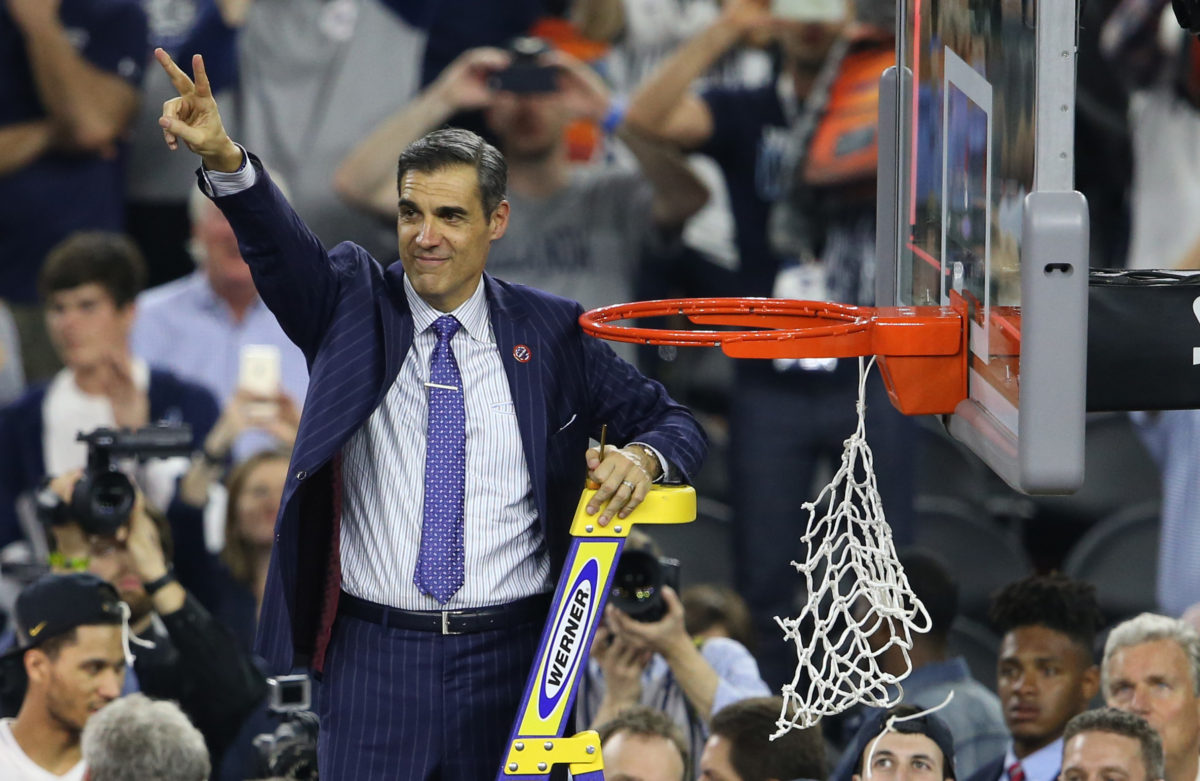 For the third straight year, Villanova has been selected unanimously to capture the Big East regular-season crown in the Big East Preseason Coaches’ Poll.

The reigning NCAA champion Wildcats received all nine possible first-place votes from the league’s head coaches and a total of 81 points in the poll.  Coaches do not place their own teams on their ballots.

Hart and the Wildcats have been the outright regular-season champion in each of the past three seasons, compiling a 16-2 record each year.  For 2016-17, coach Jay Wright’s club will be aiming for an unprecedented fourth consecutive title.  Last year, the team was the Big East Tournament runner-up before marching on to win the NCAA Tournament title and capturing the eighth national championship in Big East men’s basketball history.  For the second straight season, Villanova set a school record for victories, finishing with a 35-5 record.

The Wildcats return three starters from last year’s squad. Hart leads a talented group of returnees.  He averaged 15.5 points and 6.8 rebounds last year and was named to the NCAA All-Final Four Team.  Junior forward Kris Jenkins, who hit the game-winning 3-pointer at the buzzer of the national championship game against North Carolina, averaged 13.6 points and made a league-leading 100 3-point baskets.  Sophomore guard Jalen Brunson averaged 9.6 points and made the BIG EAST All-Freshman Team.