On Eve of Leaving for Raleigh, Rawle Visits St. John’s 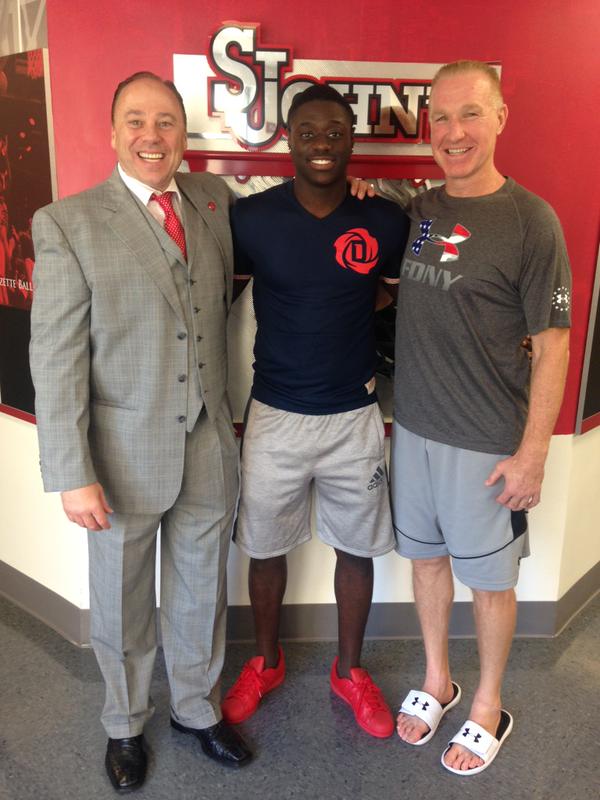 On the eve of leaving for Raleigh, Rawle visited St. John’s. Rawle Alkins texted the St. John’s staff on Wednesday that he was coming for an unofficial visit the day before he is set to leave for his new school, Word of God Academy in Raleigh (N.C.) On Tuesday, the 6-foot-5 Alkins announced that he would spend his senior season at Word of God under head coach Brian Clifton.  “I’m going to have to make two really big decisions, where I’m going to be going to prep school and where I’m going to be attending college,” Alkins said at the adidas All-American Camp in July St. John’s head coach Chris Mullin and assistant Barry “Slice” Rohrssen were all smiles — as was Alkins — in the above photo posted on Twitter. 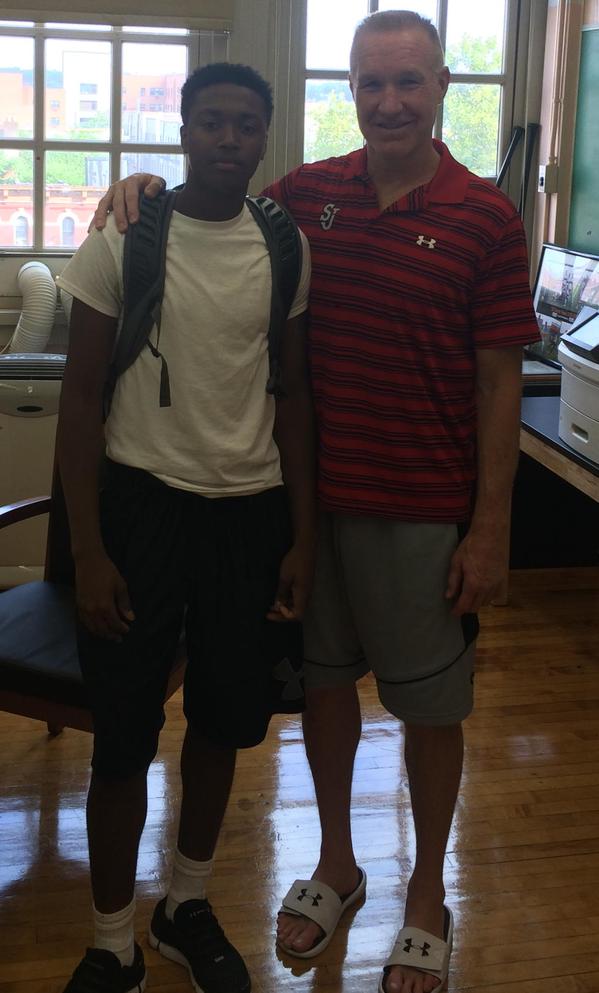 Mullin also met Wednesday with 2016 Brooklyn Thomas Jefferson guard Shamorie Ponds, and was slated to host German small forward Richard Freudenberg. On Thursday, the staff is slated to visit Bashir Ahmed, a wing from Hutchinson (KS) Community College. The 6-1 Ponds also had a school visit with Creighton, with Providence up Wednesday night and Minnesota up Thursday ahead of official visits to Providence this weekend and Minnesota after that. Mullins’ message to Ponds? “Stay home so two lefty Brooklyn shooters can bring St. John’s back together,” Jefferson coach Lawrence “Bud ” Pollard told SNY.tv. Over the summer, Alkins said the recruiting texts and calls got to be so much, he stopped responding. “There might be times, for example, where say St. John’s would call me and then five minutes later Louisville would call me, five minutes later Kentucky would call me, five minutes later Indiana would call me,” Alkins said. “It’s a headache.” Kentucky, Indiana and St. John’s have been working the hardest for Alkins, who cut his list to 10 and then added Arizona. He said last month at the Under Armour Elite 24 Game that he planned to visit every school on his list. Now that he’s leaving for North Carolina, St. John’s can hope that Alkins loves New York so much that he will want to return home for college. “I don’t want to just hurry up and commit and get all of these colleges off my back because at the end of the day, it’s the biggest decision of my life,” he said in July. “Wherever I go to school will set me for the next 10 years, five years.” He added then he plans to pick a college “probably late.” “It’s late,” he said, “probably after my high school season.”