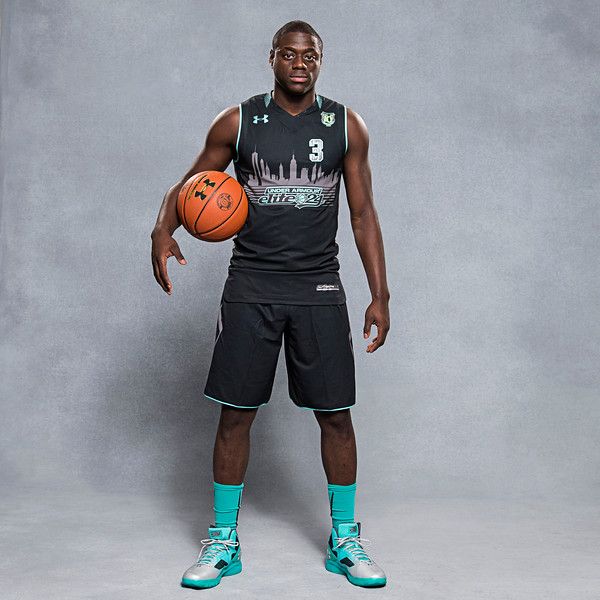 Rawle is headed to Raleigh. Rawle Alkins, the best New York City high school prospect since Lance Stephenson, is leaving the Big Apple and heading to Word of God Academy in Raleigh, N.C., the same school that produced John Wall and C.J. Leslie. “I’ve picked Word of God simply because of the vibe that I got when I went to go see them,” the 6-foot-5 former Christ the King guard told SNY.tv. “I feel like we are going to be set for a big year and we can win a championship. I feel like Word of God can do as much for me as I can do for them. I’m not from North Carolina, I’m just gonna get it done there.” A Brooklyn native, Alkins helped Christ the King win three straight New York Catholic league championship and one New York State Federation title, but couldn’t finish up at Christ the King because he played varsity basketball in Florida as an eighth-grader and his high school clock at the Queens school had run out. Now that his prep school decision is out of the way, Alkins can focus on planning college visits. He previously said he planned to visit Kentucky for Big Blue Madness in October and that he wanted to visit every school on his list. That list was recently cut to 10 schools before he added Arizona back to make it 11. “Every school on that list is going to be visited,” Alkins, recently projected as the No. 14 pick in the 2017 NBA Draft by DraftExpress.com, said at the Under Armour Elite 24 Game. “It’s 10 visits.” Kentucky, Indiana and St. John’s are among those working the hardest, but he remains wide open at the moment. “As far as me, my concern is not the past,” he said at the Elite 24. “A lot of coaches try to sell me on the past, like they win and all that stuff. It doesn’t matter to me because I feel like anywhere I go I’m going to win so it’s just really how I’m going tot be living, how’s the school, whatever school is going to prepare me for wherever I need to go. “Wherever I go I feel like winning is the only option.”   Click here for the full High School Transfer list, including Trevon Duval to Advanced Prep International. Photo: Kelly Kline/ Under Armour