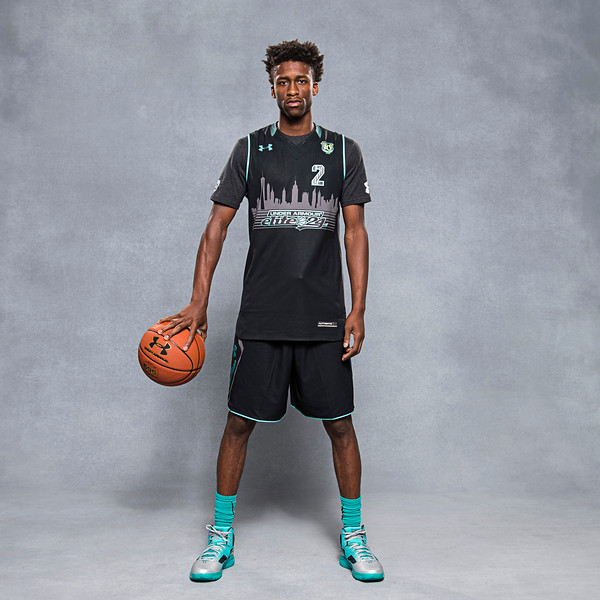 NEW YORK — Kobi Simmons has three official visits set and is strongly considering some big time programs. A 6-4 combo guard from Alpharetta (GA) St. Francis, he recently trimmed his list to six schools: Ohio State, UNLV, Georgia, North Carolina, Kentucky and Arizona. He has official visits set to Kentucky (Aug. 28), UNLV (Sept 4) and Ohio State (Sept. 11). “There’s other schools I might visit but not planned right now,” he said Friday at the Under Armour Elite 24 practice. “There’s a couple other schools in the background. I may not visit, but we’ll see.” He spoke briefly on the three schools getting officials. Kentucky: “Just how their style of play is, Kentucky has a great style of play.” He added: “My dad talks to Kentucky every day. People think Kentucky fell off, I don’t know why. I guess it’s just not out there in the public, but a phonecall’s not out there in the public. My dad and Kenny Payne have a great relationship. Cal [John Calipari] actually called me a couple times the other day, so Kentucky is still on a high note.” Ohio State: “Definitely what they did with D’Angelo Russell. They kept his promise, made him a high priority.” UNLV: “I really think they play an NBA style of play. They run pick-and-rolls, off the ball screens, things like that to get open, so I think that’s a great look.” As for a timeframe on a decision, it could come any time. “My decision could come at any moment. I don’t have a set time, late, early, my decision could come at any moment.” Photo: Kelly Kline / Under Armour Follow Adam Zagoria on Twitter And like ZAGS on Facebook