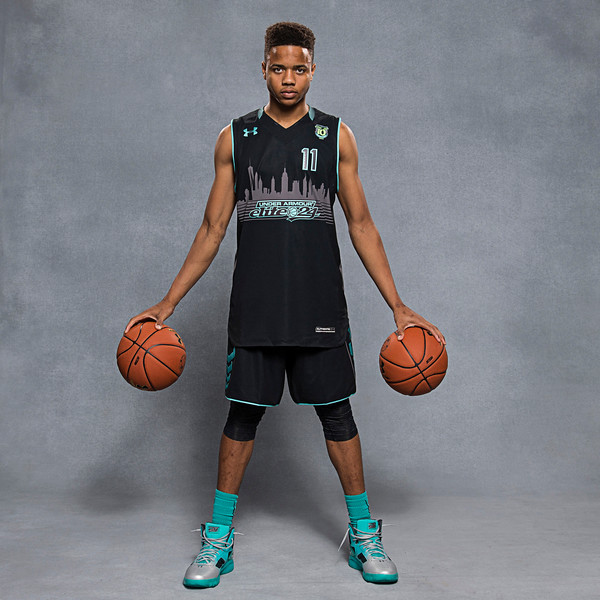 NEW YORK — Markelle Fultz will announce his college choice after 7 p.m. Friday night on ESPNU. The 6-foot-4 guard out of Hyattsville (MD) DeMatha Catholic will choose between Louisville, Arizona and Washington, three schools he recently visited. Just before that announcement became public, Fultz told SNY.tv that he was also considering an official visit to Kentucky but now that won’t happen. “Kentucky is another one I want to see, that’s another one who offered me, so I want to visit Kentucky,” he said. “I’m thinking about taking an official, that’s what I’m trying to find out right now so that’s why I got to sit down with my mom and see what’s going on.” As for the visits he has taken and the schools he’s considering, he broke down the three schools. Washington: “It was a good visit. Just going there and experiencing Washington. I’ve never been to Seattle, so that was good. The coaching staff there I have a good relationship with them so it was good to go there and see how the players are and how the atmosphere is.” Arizona: “It was good. That was my first time coming on campus. The weather was great out there. The players were good. I watched a practice. They had a good practice, they competed, and it was a good time.” Louisville: “That was another good visit. All three of my visits were great. The players at Louisville work together so well. It’s just unbelievable how good they are. They have a good coach [Rick Pitino] and they’re coached very well.”   Photo: Kelly Kline / Under Armour