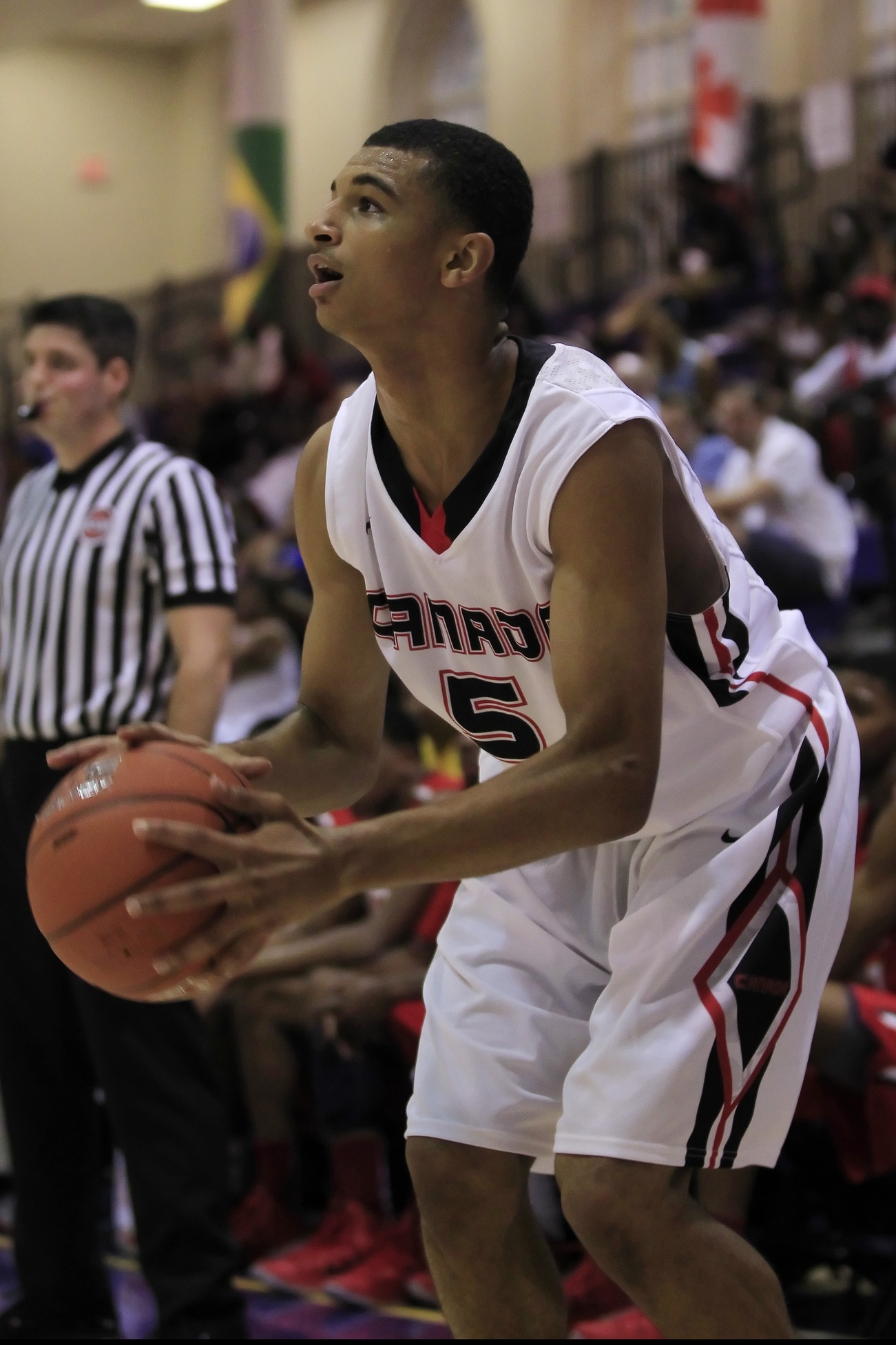 By JOSH NEWMAN The Canadian National Team finally met its match Saturday afternoon at the Pan American Games. Down as many as 25 in the gold medal game to Brazil, the Canadians cut the deficit to six early in the fourth quarter, but ultimately fell, 86-71 at the Ryerson Athletic Center in Toronto to settle for silver. That is Canada’s best-ever finish at Pan Am and its first medal of any kind in international competition since 2001 when it when it took silver at the FIBA Americas Championship. Minnesota Timberwolves forward Anthony Bennett scored a team-high 18 points to go along with nine rebounds, while 18-year-old Kentucky freshman point guard Jamal Murray added 12 points, but shot just 3-for-12 from the field. Murray was coming off a monster game in the semifinals against the United States where he scored all of his 22 points between the fourth quarter and overtime.  “Brazil is a good team and they played well today,” said Canada head coach Jay Triano, a Trail Blazers assistant, in a Canada Basketball release. “I think we grew up throughout the tournament and throughout this game. I’m glad that we showed some fight to get back in the game” “It was a great experience playing with these guys,” Murray said. “We’re still very proud of what we did, even though this not the final goal that we wanted.” In what is a critical summer for the Canadian National Team, attention will now shift to the FIBA Americas Championship, which will be contested from Aug. 31-Sept. 12 in Mexico. The top two teams from the 10-team event will qualify for the 2016 Rio Olympics. Triano has made it clear over the last 18 months that Canada intends to qualify for the Olympics and will do so by bringing together the country’s growing stable of NBA talent. Andrew Wiggins has already said he will play for Canada next month, while Tristan Thompson, Cory Joseph, Kelly Olynyk and Andrew Nicholson among others are expected to be in the mix for Canada’s FIBA Americas squad. Earlier this month, Triano refused to rule out Murray’s inclusion in Mexico and his play at Pan Am only strengthened his case. Murray averaged 16.0 points over five games at Pan Am off the bench, highlighted by Friday night’s explosion against the United States. Follow Josh Newman on Twitter