Minnesota Will Take Karl-Anthony Towns With No. 1 Pick: Source (UPDATED) 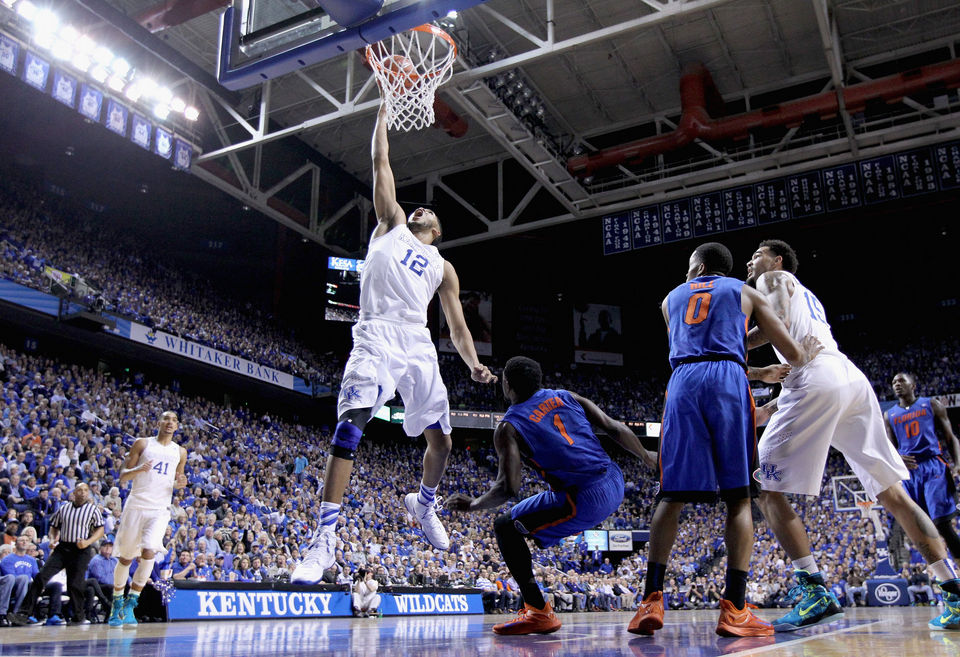 The Minnesota Timberwolves have informed Karl-Anthony Towns that they will select him with the No. 1 pick in Thursday’s NBA Draft, a source close to Towns told SNY.tv. “It’s done, he’s going to Minnesota,” the source said. “[Minnesota President and coach] Flip Saunders was big on Jahlil Okafor for a minute there and after Karl came in [on Saturday], he decided to work out for them. He only worked out for them and it’s a wrap. It’s a wrap. They just told him they’re going to take him No. 1.” Towns later denied that he had received any promise from the Wolves. “If I had a promise I would go start eating ice cream and getting fat,” Towns joked to The Associated Press on Monday evening. “There is absolutely no promise at all. Right now I’m just trying to see where I’ll be playing. I have no idea.” If selected No. 1 as projected, Towns would join a young Minnesota roster that features the last two No. 1 overall picks in Canadians Anthony Bennett and Andrew Wiggins. As HoopsRumors.com noted, Towns stands to make $5,703,600 in his first year, with a four-year deal worth $26,604,195. The 7-foot Towns, a native of Piscataway, N.J. who starred last year at Kentucky, arrived in the Twin Cities on Friday night and took a tour of the Wolves’ new $25 million practice facility and dined with owner Glen Taylor, Saunders and several other team officials, according to The Associated Press. “Flip Saunders is a great coach and a great guy. Glen Taylor is the same way. He’s a great human being,” Towns told the AP. “We just talked more about how do I feel about basketball and just about life, just trying to learn more about my personality.” Minnesota also worked out Okafor, Ohio State guard D’Angelo Russell and point guard Emmanuel Mudiay, who played in China last season, last week but have now settled on Towns, the presumptive favorite all along to go No. 1.

“He likes Minnesota,” Kentucky’s John Calipari said last week on a conference call. “He said from Day 1, ‘I’ll go to Minnesota, let’s build a franchise.'” On the night of the Draft Lottery, Towns told me it would be a “blessing” to play for the Wolves. “It would be a blessing and an honor to even have a chance to play for Minnesota and be able to have the chance to play for a great organization and learn from a great mentor like Kevin Garnett,” Towns said then. DraftExpress.com currently projects Towns at No. 1 followed by Okafor to the Lakers. “That’s exciting, that’s exciting,” Okafor said Monday on SportsCenter. “Going to Minnesota or going to the Lakers, wherever I might end up, it’s my dream to play in the NBA so I’m excited about wherever I go.”   Photo: Getty Images And Like ZAGS on Facebook