The University of Kentucky has released the

Okafor 7-2 odds for Rookie of the Year

Jahlil Okafor is the favorite to win NBA Rookie of the Year, according to Bovada.

Okafor is currently at 7-2 odds win the award, followed by D’Angelo Russell at 4-1, with Karl-Anthony Towns and Emmanuel Mudiay going off at 7-1.

The Knicks pick at No. 4 overall, Kristaps Porzingis, is 25-1 odds to win the award.

Maverick Rowan Down to Three, Will Decide in August 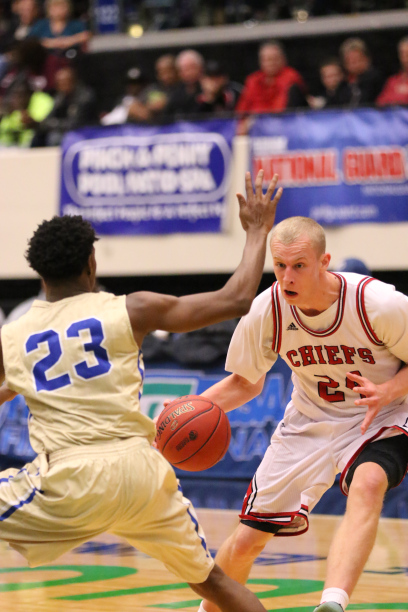 More than a week after reclassifying to the Class of 2015 and taking an official visit to St. John’s, four-star small forward Maverick Rowan is down to three schools and will decide his destination in August.

Speaking to Scout’s Evan Daniels at the inaugural Nike Basketball Academy in Santa Monica, Calif, Rowan said he is down to the Red Storm, Wisconsin and North Carolina State.

St. John’s is thought by some to have the upper hand given Ron Rowan, Maverick’s father, was a teammate of new Red Storm head coach Chris Mullin in the 1980’s.

That said, Maverick Rowan is just getting to know Mullin.

“I’ve just recently met Chris Mullin,” Rowan said. “He’s a great guy and I play the same position he did. If I go there, he could help me improve myself to help me become a pro. Then Slice (Red Storm assistant Barry Rohrssen), I’ve known him for a couple years, but I haven’t really been in contact until he came to St. John’s.” 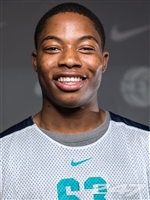 Tyrique Jones has committed to Xavier.

The 6-foot-8, 240 pound power forward from Vermont Academy chose the Musketeers, making him the first commit for the class of 2016 for head coach Chris Mack.

Jones’ head coach at Vermont Academy, Alex Popp says that Xavier got a player that will continue to get better, and has a skill set that is still developing.

“His motor combined with his strength and size makes him very unique,” Popp said. “Tyrique was the best rebounder in the NEPSAC last season, pulling down 11.2 boards per game. Offensively, he is far more skilled than people give him credit for. We feel that his offensive skill set will continue to evolve as he gains more confidence on the court.”

The SEC held its summer teleconference on Monday morning, which included all 14 head coaches and league commissioner Greg Sankey.

Kentucky head coach John Calipari was up first and aside from the obvious NBA Draft, recruiting and injury questions, he was hit with a question about one of the nation’s hot-button topics right now, the Confederate flag.

“Really? Obviously it offends a portion of our society, so people are deciding to take them down. That’s how I feel,” Calipari said.

Was just asked a question on a bball conference call about the confederate flag. I don’t want any confusion. I think we should take it down!

Jalen Hill has decided to stay close to home, and has committed to UCLA. He was considering Arizona and California as well.

Mussini visited St. John’s in April following the Nike Hoop Summit, where he had 9 points and 3 assists when the World team beat the U.S. team., 103-101, in Portland, Ore., thanks to 30 points from Jamal Murray.

“Federico is a crafty guard who will be an important piece to our roster,” St. John’s head coach Chris Mullin said in a statement. “Federico handles the ball well, he can score in a variety of ways and has playmaking skills that will continue to develop as he works with our coaching staff. His team-first mentality and unselfish approach to the game are exactly what we strive for as a program.”

“I am very excited to be a Johnny,” Mussini said in the statement. “I selected St. John’s most of all because of Coach Mullin and the entire coaching staff. I think Coach Mullin will help me to develop my game thanks to his experience from a Hall of Fame career. I believe that this staff can take me to another level.”