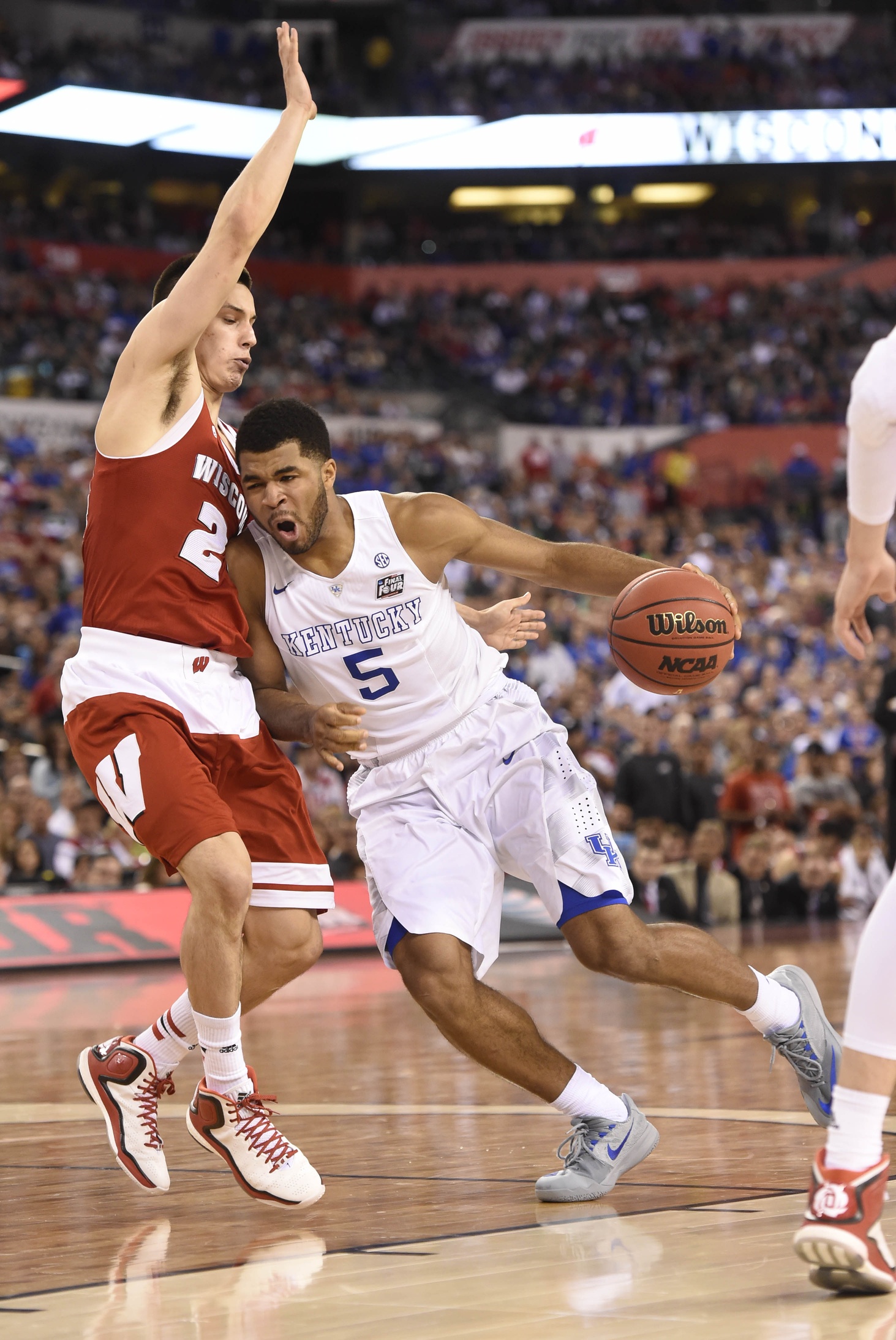 By JOSH NEWMAN EAST RUTHERFORD, N.J. – Former Kentucky star Andrew Harrison is three days away from learning his NBA Draft fate, but he would be lying if he said he didn’t think about what could have been with the Wildcats. Harrison was one of seven draft-eligible Kentucky players to suffer a 71-64 loss to Wisconsin in the Final Four. That defeat ended the Wildcats’ perfect season as they finished 38-1, two wins shy of the first perfect 40-0 season in college basketball history. “No matter how long I play in the NBA, hopefully it will be a long time, I’ll always think about what we could have done at Kentucky,” Harrison said after finishing up a workout for the Nets on Monday afternoon. “At the same time, you have to let go and try and get a championship at the next level and that would be so much better. I don’t use it as motivation because you have to let it go. It’s about the journey. “It’s not like we played bad, but Wisconsin, they just beat us.” Monday marked Harrison’s final pre-draft workout with the NBA Draft set for Thursday night at Barclays Center. The 6-foot-6 point guard is currently slotted at No. 43 overall by DraftExpress. That positioning would theoretically put him in play at No. 41 to the Nets, who should be in the market for another point guard on Thursday. Of the seven Kentucky players, six (Harrison, Karl-Anthony Towns, Willie Cauley-Stein, Trey Lyles, Devin Booker, Dakari Johnson) are slotted among the 60 draft picks. The one who isn’t? Aaron Harrison, Andrew’s twin. Even if Aaron does not get picked, his phone figures to ring Thursday night undrafted free agent Summer League offers. “I talk to Willie, Karl and Trey a little bit, really those three, but I mean, Karl’s not as busy as I am,” Harrison said jokingly of the likely No. 1 overall pick. “We’re all going through the same thing, just getting excited. We all work very hard and we’re looking forward to it.” Wherever the twins end up once the dust clears Thursday, it will be a brand new dynamic for them as it will be the first time they are not on the same team. Before playing two seasons at Kentucky, they starred at Travis High School in Texas, leading it to the Texas 5A state championship as seniors in 2013. “It’s kind of weird, but at the same time, we’re going to be focused on being individuals,” Harrison said. “We’re looking forward to it and we’re both excited.” Photo: USA Today Sports Follow Josh Newman on Twitter

Minnesota Will Take Karl-Anthony Towns With No. 1 Pick: Source (UPDATED)