NEW YORK — Rysheed Jordan went off for a career-high 25 points in St. John’s 84-66 blowout of Creighton on Saturday at Madison Square Garden, draining 6-of-8 from beyond the arc in a game the Johnnies simply had to win to keep their NCAA Tournament hopes alive.

But once again, the school did not make the 6-foot-4 sophomore guard available to the media.

During his two-year tenure at the Queens school, Jordan has yet to address the media, as per school policy.

Again, Jordan is a sophomore considered a potential pro prospect and he has never spoken to the media.

“It’s less about his numbers,” St. John’s coach Steve Lavin said. “If he had a triple-double I wouldn’t be more inclined to make him available to the media. It’s more a judgment on my part that it’s important he focuses all of his energies on basketball and his academics.”

NEWARK — It started out like a dream for Seton Hall.

Wins against Villanova and St. John’s. Nationally-ranked. Pride coming back to South Orange. Sterling Gibbs making a case for Big East Player of the Year.

And now the dream is on life support.

The Pirates have lost five of their last seven and are sixth in the Big East following a 57-54 loss to Marquette Saturday at the Prudential Center. Their NCAA Tournament dream now looks more like a ticket to the NIT.

Malik Newman, a McDonald’s All-American and one of the most sought after uncommitted players in the Class of 2015, is planning five official visits.

“Unofficially I have been to Kentucky, Ole Miss and Mississippi State and I am looking forward to my official visits that will start soon,” the 6-foot-4 Newman told Reggie Rankin of ESPN.com. “I am still working out the dates but I will visit Kansas, Kentucky, North Carolina State, LSU and Ohio State. These five schools have been recruiting me very consistently.”

Latest Mock Draft Has 4 Kentucky Players in 1st Round, 3 in 2nd; Arizona’s Stanley Johnson on the Rise

The updated 2015 NBA Mock Draft from

Another week, another St. John’s controversy.

St. John’s head coach Steve Lavin announced Saturday that junior big man Chris Obekpa has been removed from the starting lineup indefinitely as a result of his flagrant 2 foul committed against Butler’s Tyler Wideman on Tuesday. Obekpa has started all 22 games for the Red Storm this season, averaging 6.8 points and a team-high 7.6 rebounds. He ranks third in the nation with 3.4 blocks per game.

It remains to be seen how far into today’s game against Creighton at Madison Square Garden Obekpa will enter the game.

“I spoke with Tyler last night and sincerely apologized for the poor sportsmanship that I demonstrated in our game earlier this week,” said Obekpa. “In the heat of competition I lost my composure and my actions are regrettable. I let my team down, and will learn from this incident to better represent St John’s moving forward.” 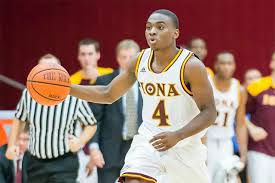 Both were undersized guards who didn’t have a defined position. Both could score the basketball. Boy, could they score.

“The biggest comparison [to the former Louisville guard] was [Casimir] is too small,” Jefferson told SNY.tv. “Coaches underestimated his heart.”

“Not at all,” said one scout who projects Christmas will go in the 20-30 range of the NBA Draft. “Everyone will have seen him multiple times this year to make a decision on him.”

“It should not hurt him much,” a second scout said. “He’s playing on a big ACC stage.”

DraftExpress.com currently has Christmas going as the No. 54 pick.